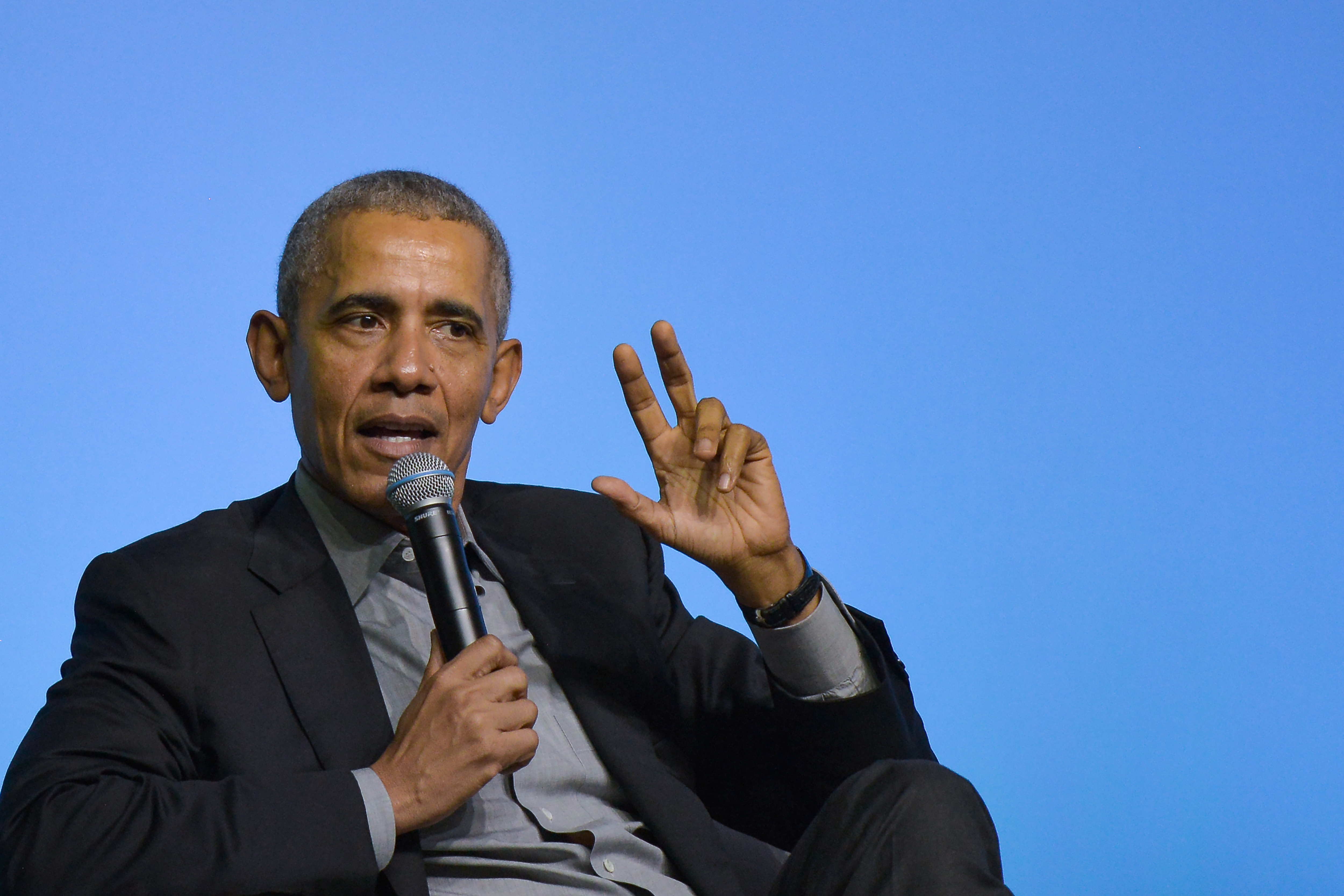 Barack Obama recently tweeted his list of his favorite books from 2019, which is the talk of Book Twitter. However, the former president is also a well-known film buff, and on Dec. 29, he announced his film and television picks for the year, which included no less than six book adaptations.

Next up are my favorite movies and TV shows of 2019. Of course, there’s also American Factory, a film from our own production company, Higher Ground, that was recently shortlisted for an Oscar. Here’s the full list: pic.twitter.com/PEcgwotcxm

As with his book list, the former president didn’t provide details on the criteria for his picks, but they included several critically lauded films, such as The Farewell, Booksmart, and Parasite. He also put the Netflix documentary American Factory on his list, which, as he mentioned in his tweet, is distributed by his and Michelle Obama’s production company, Higher Ground Productions.

The car-racing movie Ford v. Ferrari, based on A.J. Baime’s 2009 nonfiction book, Go Like Hell: Ford, Ferrari, and Their Battle for Speed and Glory at Le Mans:

The Irishman, a crime drama based on the 2004 nonfiction book I Heard You Paint Houses: Frank “The Irishman” Sheeran and Closing the Case on Jimmy Hoffa by Charles Brandt, and directed by Martin Scorsese:

Transit, a German film based on a 1944 novel by Anne Seghers about a German refugee, but updated to the present day:

And, finally, Just Mercy, based on the 2014 memoir of the same name by attorney Bryan Stevenson, who founded the Equal Justice Initiative. The book was a finalist for the 2014 Kirkus Prize, and Obama included it on a recommended-reading list in honor of Black History Month earlier this year. The film will receive a wide release on Jan. 10: