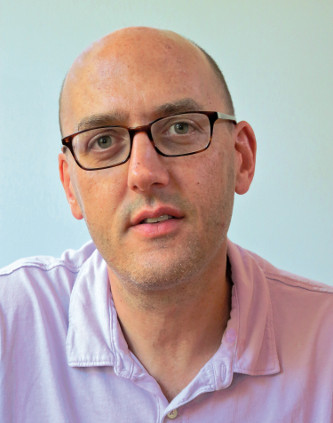 “A short story works to remind us that if we are not sometimes baffled and amazed and undone by the world around us, rendered speechless and stunned, perhaps we are not paying close enough attention,” Ben Marcus writes in the introduction to New American Stories, a statement on stateside short fiction circa 2015.

With this, Marcus, a well-known formal practitioner (Leaving the Sea, 2014; The Age of Wire and String, 1995) and professor of creative writing at Columbia University, marks his second anthology as editor. In 2004, he curated The Anchor Book of New American Short Stories, introducing readers to 29 promising prosaists, including Anthony Doerr, Mary Gaitskill, George Saunders, and Wells Tower. In New American Stories, these prominent names keep company with some of the most exciting writers to emerge in the ensuing decade: Jesse Ball, NoViolet Bulawayo, Tao Lin, Claire Vaye Watkins.

“This anthology aims to present the range of what American short-story writers have been capable of in the last 10 years or so, not as a museum piece but as a sampler of behaviors and feelings we can very nearly have only through reading. A sourcebook of required emotions,” he writes.

“I’m stricken by not the feeling of arbitrariness, but the feeling that the context one is in is just sort of overwhelming—that you’re in a certain moment, and there are some things that are really reaching you, and there are some things that aren’t doing that to the same degree, so you end up making all of these editorial decisions that, a year later, are slightly fuzzy to you,” he says.

The ultimate criterion became whether or not a story held up under aggressive rereading.

“On a sixth or seventh reading, some stories just kind of collapse into parts, and others don’t,” he says. “I don’t know if that’s fair, because nobody reads a single short story out in the world six times, but you have to figure out a way to feel more certain—well, how do you do it? You can’t put the story into some computer software and figure it out.”

If Marcus had to select a single story to enjoy from the finalized collection, it would be different every time he opened the book.

“I’m very enamored by Saïd Sayrafiezadeh. It’s the first one [in the book], because there are a lot of ways I can’t get my head around the story,” Marcus says. “I think there’s a certain kind of story I like that eludes understanding to just a tiny degree—not completely baffling, not so mysterious as to be frustrating—but there are just shades of ambiguity that I find so gripping.”

But he might just as easily start with Doerr: “You know, I’m looking at the back of this Granta edition, which has all of the authors, and that Anthony Doerr story [“The Deep”] is a killer. I wish I had that kind of power—with the first few sentences, you’re completely under his spell, and he just seems like he can do what he wants,” he says.

Or on the Ball: “But then again that Jesse Ball story [“The Early Deaths of Lubeck, Brennan, Harp, and Carr”] is so strange...with all the duels. I keep thinking this story shouldn’t work, it just should be so silly. If you describe it to somebody, it seems preposterous, but it is massively heartbreaking. It’s got all these counterintuitive features that are really interesting.”

Or stories by Rivka Galchen, Deborah Eisenberg and Joy Williams: “I love the Rivka Galchen story [“The Lost Order”]: beautiful and smart and serious and filled with feeling ... The Deborah Eisenberg [“Some Other, Better Otto”] story is one of my favorite stories ever published ... And Joy Williams [“The Country”], too. She’s a serious hero of mine.”

“I guess it would be hard to choose,” he concludes.

Explore your freedom of choice with New American Stories: dip in, discover, challenge yourself.