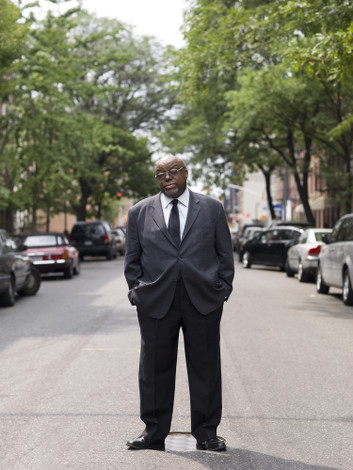 Jazz music may sometimes suffer the indignity of serving as romantic background music, but its legends are better known for their distinctive cool. In Kansas City Lightning: The Rise and Times of Charlie Parker, cultural critic Stanley Crouch juxtaposes the saxophone obsession that defined Charlie Parker with his love for Rebecca Parker, his first crush and first wife.

Crouch says the Parkers were a 1930s Kansas City version of Romeo and Juliet, the rare example of a teenage romance that blossomed into a marriage as rendered in black American literature. "As a young woman, Rebecca was charmed by the way that Charlie dressed when he came to pick her up," and the way her sweetheart could do celebrity impressions with his rubbery face, Crouch says. "People never thought about those kinds of things about Charlie Parker because he could play so well so young."

People also forgave his drug addiction. The young Parker is depicted moving restlessly through a painful, fluctuating love story unfolding in the context of what Crouch calls "the heroic optimism of the time." In Kansas, as in Harlem, Parker practices his way into a collective of musicians and artists.

Through dozens of interviews, Crouch recreates the story of an artist determined to join what Crouch describes as "the aesthetic version of E Pluribus Unum. To grasp feeling and motion at once is the aim of a jazz band. Their victory is an aesthetic victory."

Parker was also part of a generation of artists that "didn't define themselves based on the generalizations made about them in that period," Crouch says,

referring to artists like Marian Anderson, who was denied the opportunity to sing at Constitution Hall because of her race. Instead of steeping themselves in defeat, musicians like Parker were active participants in what Crouch calls the collective dreams of the times.

“No art says, ‘I want to live’ better or more forcefully than jazz,” Crouch writes. In Kansas City Lightning, we see that while jazz legends like Bird, as Parker was also known, may have won hearts with their love for music, they were each trying to chase immortality. “An artist's goal is not to win anything,” Crouch says. “An artist's goal is beyond winning—it is to achieve a certain vitality.”

Joshunda Sanders is a writer and journalist.