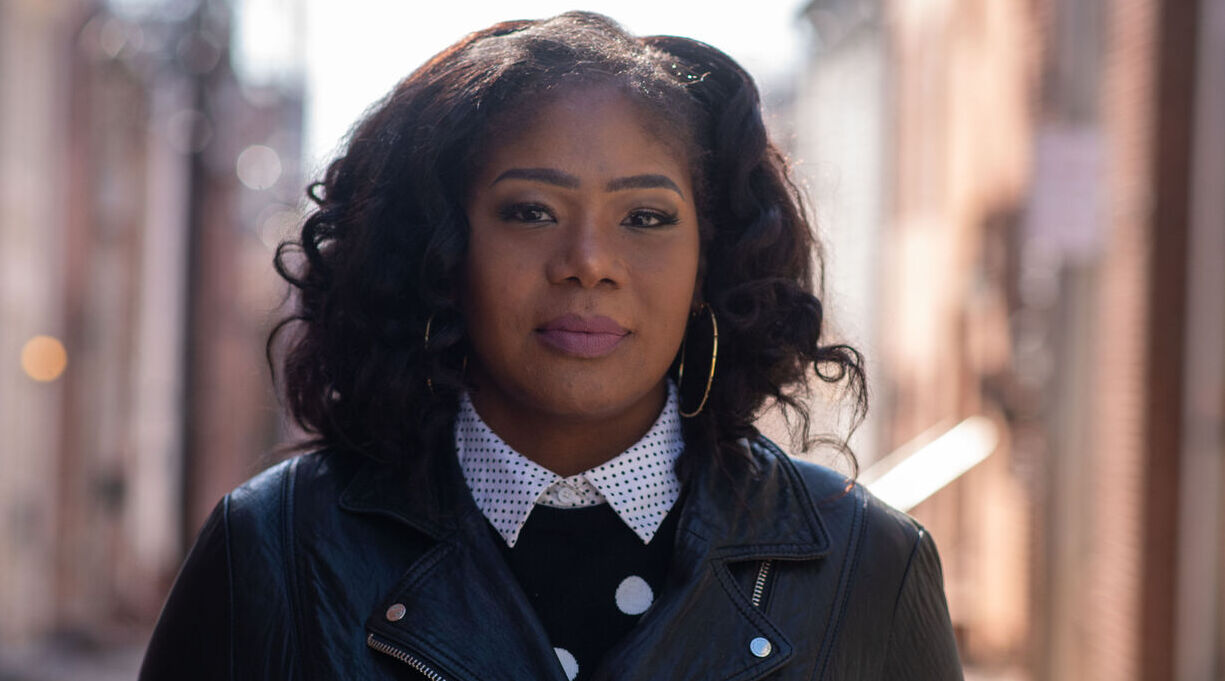 Her analysis of Kanye West may grab the headlines, but Brandi Collins-Dexter has a lot more on her mind than the eternally controversial celebrity. Co-host of the Bring Receipts podcast and a visiting fellow at Harvard Kennedy School’s Shorenstein Center on Media, Politics, and Public Policy, Collins-Dexter wants to understand why more and more Black voters are disenchanted with the Democratic Party and how their politics are evolving in the age of Black Lives Matter and MAGA. She gathers her observations in the provocatively titled Black Skinhead: Reflections on Blackness and Our Political Future (Celadon Books, Sept. 20), which our reviewer called a “remarkable work that leaves us feeling hopeful for change.” The book is on our list of the best nonfiction of the year; Collins-Dexter answered some questions about it by email.

What started you working on the book?

Black Skinhead explores fracture points in community consciousness in the aftermath of losing 60% of Black wealth and, with it, countless vehicles for cultural cohesion, storytelling, economic gain, and political power-building.

I saw artist Kanye West being interviewed in 2019. He said he had been “canceled before cancel culture,” and that “we” (presumably Black people) are cultureless. I wanted to know if that was something many Black people were feeling and, if so, what was driving that.

I learned that Kanye’s hypervisibility teaches us about Kanye, not Black people at scale or even Black conservatives like the ones I interviewed for the book. Kanye as the late-stage “Black skinhead” is emblematic of what happens when people cease to engage with the pretense of democracy and become more concerned with self-aggrandizing or shattering the idea that a “more perfect union” could ever exist in the multicultural nation we call America.

Still, it was (and is) clear to me that community consciousness is breaking down in alarming ways that could produce more disillusionment with systems and institutions. There are implications in that for all of us. But this is the moment when we can change our story, and I wanted to highlight that too. We don’t have to be a nation of Kanyes. We can, and must, be better.

Who is the ideal reader for your book, and where would they be reading it?

The ideal reader is someone who wants to be challenged around their assumptions—whether they are assumptions about democracy, Black voters, pop culture, or even themselves. I was challenged a lot by what I discovered during the process of researching and writing this book, and I tried to show that.

This isn’t a book for people looking for a prescriptive solution. When we look for a checklist to do A, B, C to solve a societal problem, that can stifle our collective ability to imagine something greater than the confines of a singular self-appointed thought leader. I believe that most of us feel underrepresented and like we’re trying to negotiate systems that don’t seem to be working for us. What can wedo to interrupt that?

I tried to write it like you are talking with friends at a bar or family/neighbors at a cookout. It’s a series of essays, meant to be taken in bits and pieces. We all know that life can get in the way and sometimes it’s hard to read a book cover to cover. With this book, you can read (or listen to) an essay on the bus or at the laundromat. Mull over it, put the book down, and then come back whenever you find more time. It doesn’t have to be read in order. You don’t have to know what happened in the previous essay to get the point of the next essay.

What book (or books) published in 2022 were among your favorites?

If I had to narrow it down, I would pick: The Viral Underclass by Steven W. Thrasher; Meme Wars by my Harvard colleagues Joan Donovan, Emily Dreyfuss, and Brian Friedberg; and Home Bound by Vanessa A. Bee. On the surface, they’re all very different pieces of nonfiction. But these books, and my own, are all grappling with how we define home, where we find our communities, and what obligations we do or don’t have to one another, especially in uncertain times. They each feel urgent and resonate in their own ways.