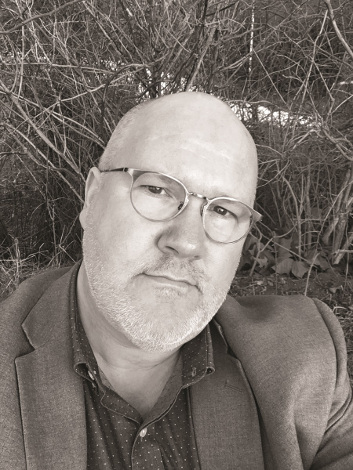 Imagine the Genesis story of Noah carried forward into the future by Philip K. Dick: that might well serve as the basic premise behind Bill Broun’s debut novel, Night of the Animals. Just as Noah was deemed a bit off by his neighbors with his talk of floods, so is Broun’s protagonist, the nonagenarian Cuthbert Handley (aged but as active, through technological enhancements, as the Biblical elders), a Flöt addict who claims to converse with animals. Cuthbert’s predictions of a coming Armageddon ring as hollow or fantastic to his physician and others as did Noah’s.

But there is much amiss in this dystopian future—2052—as imagined by Broun: an autocratic monarchy that has regained political control of England, a suicide cult that also wishes to destroy all living animals because they are, according to the leader’s tenets, a lesser form of life weighing down human souls, and mass extinctions of species in the wild. And the events are largely collapsed into the frame of one night, as Cuthbert undertakes his quixotic quest to free the animals from the London Zoo so they might aid humans in a fight against the cultists as a comet draws ominously near to Earth.

The title alludes to other apocalyptic works telescoped into a single evening: for example, The Night of the Living Dead. “I’ve always enjoyed the pulpy side of the title,” Broun says. “I like the idea of a mysterious night where everything happens.”

Although there’s a dark, comic tone that echoes Heller’s Catch-22, there is nothing cheeky about the world Broun depicts: one in which the natural habitats of species are destroyed. Not only animals but humans are at risk in this world—a commentary on the devastation wreaked by humans each year. As Broun explains, “I’m just speechless at the staggering and accelerating decimation of species on earth. I was recently looking at the figures for the loss of Bengal tigers, and the numbers are unbelievable,” he says. “I feel distraught at the cliff we’ve driven off of in terms of species destruction.”

The authoritarian political and skewed economic world Broun develops proves a logical extension to our environmental hubris. Broun grounds this depiction in current reality: “Economists such as Robert Solow and Paul Krugman have been very loudly decrying the rise of new oligarchies. And the class system of England is quite ingrained; my father grew up in that system and it hasn’t left him, even in his old age. There’s still, even in 2016, a tremendous adulation for the Queen and the elites.” Broun elaborates on a narrative thread in the novel: “The Royal family in the novel is the Windsor family. I’m a republican and think it’s time for the monarchy to retire its cultural power. It needs to become the tourist attraction it is.”

The futuristic elements of the novel, then, allow Broun a way to comment on the conditions of current society in an attempt to serve a cautionary tale. The core of Broun’s novel, in many ways, involves the voice given to those normally silenced or ignored: the indigent, homeless, animals. And the voices of ancestors, including those marginalized within the family dynamic, compel Cuthbert through many of his moments of doubt. A key line in the novel, “let not the voices perish,” might well serve as the novel’s epigraph, suggesting the connection of the past with the present (and future), the connection of all things animate (and a commentary on Forster’s “only connect”). “I wanted my ancestors and all that was in their lives to be told and heard. I come from a working-class background where my relatives were often ground down by their work and conditions,” Broun explains. “My father left school at age 14 to begin working.” In addition, Broun’s novel was inspired by homeless acquaintances and friends from his time working as a journalist in Houstonand London.

Night of the Animals establishes a genuine narrative reality, even as the narrative frame calls into question the truth of the central characters’ own perceptions. Cuthbert’s grandmother tells him that he has inherited the ability to converse with the animals—as when the world was created. Yet he is also a substance abuser going through withdrawals, as is a secondary protagonist who may or may not be related to Cuthbert. And Cuthbert becomes a saint-like figure, echoing back to Saint Cuthbert and the Green Man, through carefully prepared imagery and plot elements. Indeed, as Broun explains, “there is a spiritual transaction enacted over the course of the novel”—with humanity, with the animals, with ancestors, with heirs. Though a reader might be able to suspend belief given the narrative’s veneer of realism, it’s actually the novel’s fantastical language grounded in the characters’ belief in the events of the night that compels the reader’s belief too. This ambitious novel is a work of multiple voices and points of view. It’s a novel in which even—and, perhaps, especially—animals play the role of protagonist and Savior—as it was in the beginning, when it began with a Word: a Voice.