Bill Gates: Man With a Plan for Climate Change 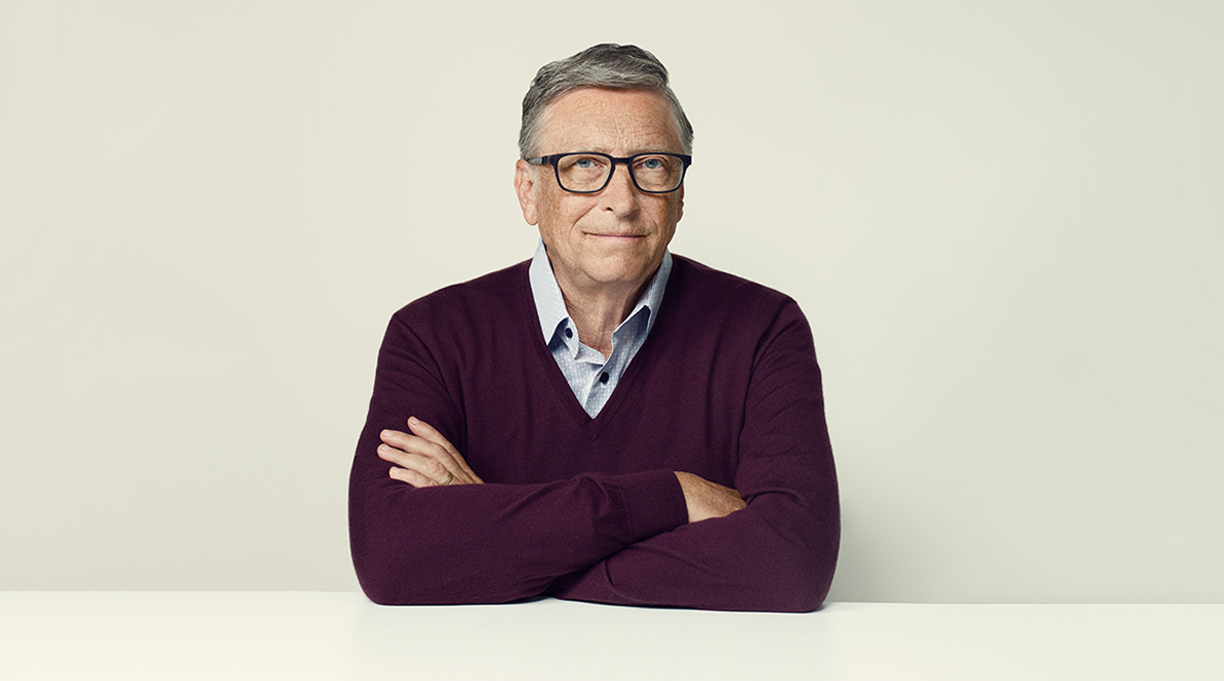 For more than a decade, Bill Gates has directed much of his focus toward the most important issue humanity faces: climate change. Of course, it’s a subject with no shortage of relevant literature, but few people in the world have a more prominent platform—not to mention the intelligence and resources—to tackle it than Gates. In his latest book, pointedly and appropriately titled How To Avoid a Climate Disaster: The Solutions We Have and the Breakthroughs We Need (Knopf, Feb. 16), the tech pioneer and philanthropist delivers what our starred review calls “a supremely authoritative and accessible plan for how we can avoid a climate catastrophe.” Gates answered our questions via email.

Given that climate change affects every single person on Earth, what is the most important daily change that each of us can make to ameliorate such a seemingly intractable problem?

I’d say there are two things that are equally important. One is to use your voice to advocate for practical plans that will help the world eliminate greenhouse gases and get us to net-zero by 2050. That includes, for instance, calling on national politicians to fund more clean energy research and development. We have a great opportunity because of the passion of activists and young people who have made their voices heard, and now we need to demand that our leaders not just make big commitments, but show the courage to implement the plans we need to reach our goals. The other action people can take, for those who can afford it, is to buy low- and zero-carbon products, even if they’re more expensive than their conventional counterparts. Plant-based burgers and electric vehicles are good examples. When you pay for a clean product, you’re telling the market that people are willing to pay to lower their emissions. That will attract more innovation and eventually help make clean alternatives just as cheap upfront as the fossil fuel–based competition, making them accessible to everyone.

Shifting to a macro level, what is priority No. 1 for the Biden administration, both domestically and internationally?

I just wrote a blog post about this! Most important is to expand the supply of clean energy innovation by doing things like dramatically increasing the funding of RD in national laboratories. In the U.S., we should also make sure the government is set up to avoid duplication and make the best use of these resources by creating the National Institutes of Energy Innovation, modeled on the phenomenally successful National Institutes of Health. There are other necessary steps, too, including expanding the market’s demand for clean energy innovations and helping the world’s low-income farmers thrive despite rising temperatures. At Breakthrough Energy [the clean-tech venture capital fund founded by Gates], we’re going to be advocating for just those kinds of policies, because we need leaders to grasp that the investments we make today are critical to reaching our climate goals 30 years from now.

Outside the fossil-fuel industry, who are the most pernicious polluters that an activist should focus their energy on fighting?

I wish that we could solve the climate change problem simply by focusing on one or two areas, but unfortunately, it’s just too complicated for that. For instance, cement and steel are two areas where we need a great deal of innovation so we can make them without producing emissions, but those aren’t villainous “pernicious polluters”—they’re central to almost everything we build. So we need them, and we need them to be clean.

Activists deserve a huge amount of credit for bringing the world’s attention to the climate crisis. Now the best thing we all can do as citizens is to push for practical plans that will get us to net-zero emissions by 2050. We should spend the next decade putting all the pieces in place—expanding RD, adopting the right policies, and understanding how markets come into play—so we can be on a path to zero emissions by 2050. As I’ve mentioned, we’ll be leading a lot of that policy work at Breakthrough Energy, and we’re eager for people passionate about this work to join us.

Why write a book? You create so much significant change through your foundation and other philanthropic ventures. Why turn to the printed word?

I wrote a book because I thought the time was right. Climate advocates have done an amazing job of spotlighting the problem. Thanks in large part to their efforts, governments are setting ambitious goals to curb or eliminate greenhouse gas emissions. But they deserve a plan to actually reach those goals. That’s what my book is—a plan.

If you want to propose serious ideas with the hope that people will act on them, there’s still nothing quite like a book. I love all the digital communications tools we have today, but when I want to learn something deeply or see something really thought-provoking, I still turn to books. If any subject deserves the thorough treatment you can only achieve with a book, it’s climate change.

This book also serves as my own road map. I founded Breakthrough Energy to take on this challenge in a comprehensive way, and that’s what we’re doing. We’re investing in startups, scaling promising technologies, supporting our most promising innovators, and advocating for the public- and private-sector policies we need to speed the energy transition.