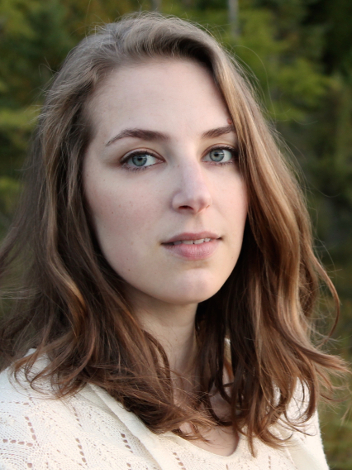 At 69º North, a 40-student Norwegian trade school for dog-sledding and winter survival, Blair Braverman learned how quickly things can go south. One night she and a classmate were forced to sled across Sweden in blackout blizzard conditions. One morning her sleeping space caved in, nearly burying her alive in ice.

“When it comes to dogsledding, people say, ‘You’re so brave, that’s so scary,’ ” says Braverman, who’s currently training for the Iditarod. “For me, there’s a huge dissonance between that and feeling like a very fearful person in my life.”

Braverman’s blazing debut memoir, Welcome to the Goddamn Ice Cube: Chasing Fear and Finding Home in the Great White North, is a coming-of-age story set in some of the coldest, remotest places on the planet. True to her preferred surroundings, the tale is told in clear, spare—yet evocative—prose.

“It seems almost too obvious to emphasize how much I was scared,” Braverman writes of learning how to mush. “In the morning, during the day, at night. I was often acutely frightened—of a sharp turn in the trail, of a tricky river crossing, during storms—and I lived, too, with a deeper fear: that the winter was only starting, that I had so many minutes and hours and days of cold and risk and potential injury. But it was refreshing to be afraid of something concrete. I was no longer scared of some unknown force, of confusion; no, I was afraid of hypothermia.”

Braverman was raised in Davis, California but fell in love with Norway, the land of her mother’s forefathers, when her father, a tobacco researcher, was stationed there for a yearlong study. She jumped at the chance to return in high school, for a year abroad, but landed with a host family whose father ogled and aggressed her.

“I hated Far in a soul-deep way, less for anything he’d done than for turning me against myself,” she writes. “Although his interactions with me, his suggestive comments and stolen touches, had escalated over my first months in the household, at some point everything stalled; we settled into barely civil cohabitation. I watched him, poised for anything that would give me an excuse to leave, to know that I had not imagined it all. He took any opportunity to condemn my character, to imply that the problems had been mine all along.”

Enrolling in the trade school at the age of 19 presents Braverman with an opportunity to return to Norway on her own terms. In adulthood, she continues to visit the Malangen fjord, enriching her understanding of the people, the culture, and her allegiance to them. (Increasingly, it’s to visit Arild, shopkeeper of Mortenhals, with whom she forms a deep and lasting bond—and to whom the book is dedicated.) In between, she takes a sledding tourism job on an Alaskan glacier—the Goddamn Ice Cube, as it’s called on a bad day—a continuing lesson in the dynamics of gender, isolation, and violence.

Today, Braverman lives with her fiancé and 21 sled dogs in a tiny town in northern Wisconsin (she had to drive to the firehouse to find cell phone service for our interview). She looks back on the bold decisions she made at 19 with sympathy and gratitude.

“Sympathy—I think that’s the right word—a sort of fond sympathy,” Braverman says. “Writing this book helped me to be more sympathetic and less angry or frustrated with myself....I think I was stubborn. I read a lot of books about the arctic, so I moved there alone. I did a lot of things I wouldn’t do now that, ultimately, have made my life great.

“I hope readers will take away something helpful from that,” she adds. “And I hope that men will read this book—who wouldn’t necessarily seek out a feminist book—and have more of an experience or understanding of what it’s like to go through life [as a woman], facing all these tiny, aggressive moments that add up to a veil over all your experiences.”