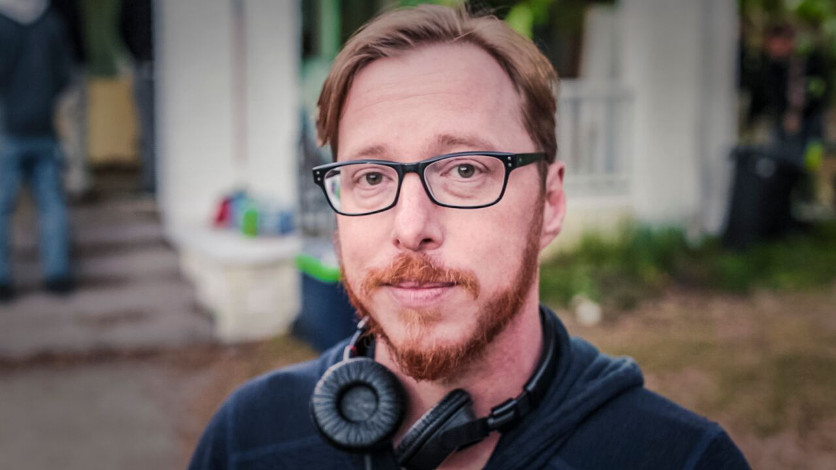 Quantum mechanics is one of those things that you might get interested in because of a video you saw or a talk you attended. It’s an area of study that, as Colorado-based author Blake Crouch explains, “the more you research, the more of the hard, gritty science you try to pin down, the more nebulous it becomes and the more you need things like advanced mathematical or science degrees.” But for writers with an active imagination, it is a well of linguistic possibility.

“I’d wanted to write about a thriller that had a basis in quantum mechanics probably for 10 years,” Crouch explains. For his new book Dark Matter, he created a character that jumps through different quantum states, and (without revealing too much of the story) encounters, at times with joy, at others with horror, a myriad of situations and people that challenge his conception of time and space. “When we meet up with [the protagonist], he’s happy.…One night, when he’s walking home, he is abducted by this strange man, at gunpoint, injected with this strange drug. And when he wakes up everything in his world has changed.”

The abduction sets up a roller-coaster for readers to follow intently. An invention—more specifically a box—enables Jason Dessen to wake up to a whole new world. Crouch spent many years concocting the intricacies of this paradigm shift. “I realized that the problem with my idea was that I had tried to come at Dark Matter from three different ideas for the last 10 years,” he says. “Not one of those ideas could support one entire book; it just felt like there wasn’t enough there. In talking to my friend, I realized that Dark Matter wasn’t any one of those books, it was actually all three of these books together. All three of these ideas interwove and created this much larger idea,” Crouch says.

The book is a success. And a relatively scientifically accurate one at that. But Dark Matter is fiction; many of the scenarios created for the narrative are not possible. “I went as deep as I could and also, I wanted it all to be in service of this plot and this book. Obviously...I wasn’t going to learn differential equations to write this book.”

Nevertheless, Crouch says he sent it to the head of the physics department at University of South Carolina, who read all the science portions of the book and consulted with Crouch about the accuracy of his writing. Even if the knowledgeable science reader might disagree with the claims advocated in the book, she will know to recognize the exciting possibilities such fringe theories provide. In any case, the accuracy is not necessarily what one looks for. “The cool thing about quantum mechanics is that it’s not like biology. There are definitely hard and fast things that everyone agrees upon but there’s also some philosophy involved in there. It’s so nebulous that it opens up a terrain for extrapolation and interpretation,” says the author. Crouch has, indeed, left us to philosophize about the impact of our decisions and the irreversibility of time in a fun and speculative manner.