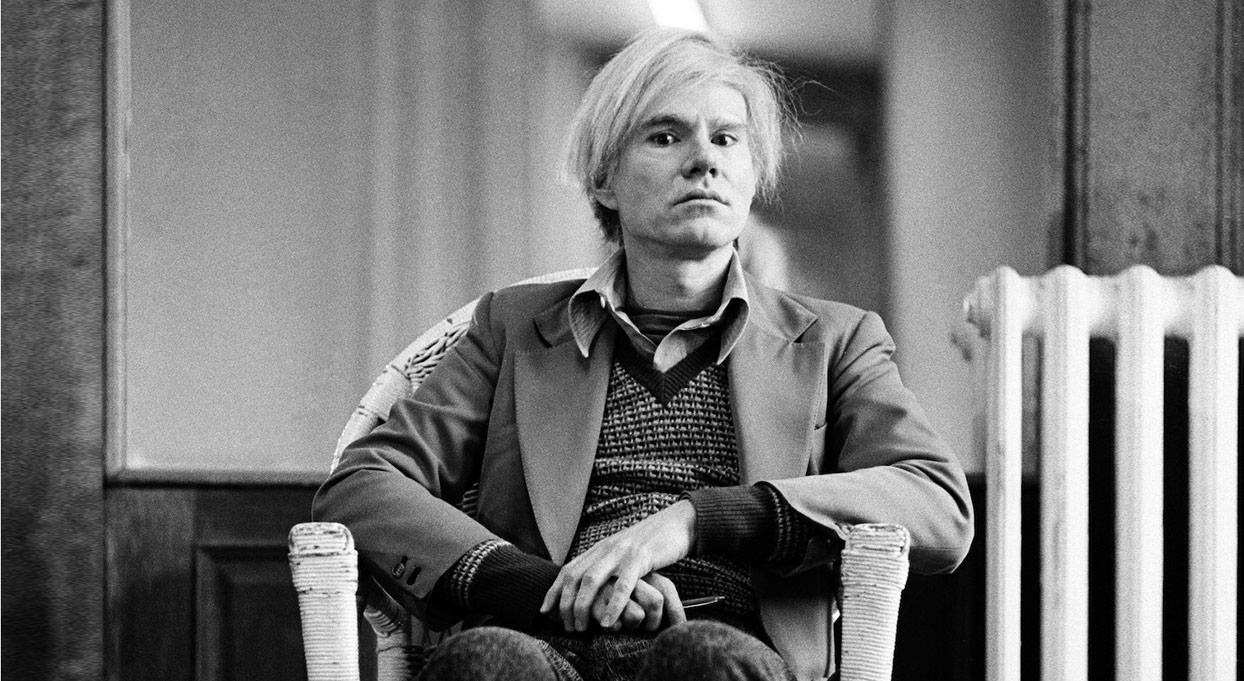 At 976 pages, Blake Gopnik’s Warhol (Ecco, April 28) might seem like the last word on the sphinxlike artist famous for his paintings of Campbell’s soup cans and silk-screened portraits of pop-culture icons (Marilyn Monroe, Elvis Presley), not to mention his Studio 54 partygoing. But Gopnik, a former art critic at Newsweek and the Washington Post, says that he “could easily have written another volume or two.” He recently discussed the biography that Kirkus calls “a fascinating, major work that will spark endless debates.”

Warhol lived much of his life as a public figure. What was something you didn’t know about him until you started researching the biography?

The most exciting discovery I made was how intelligent he was in a very traditional sense. He read widely. When he wasn’t in front of the TV cameras, when he wasn’t being taped, when notes weren’t being taken, he wasn’t monosyllabic. He had extremely interesting views on art, on life, on everything you could imagine. And that was partly because he had a superb education [at the Carnegie Institute of Technology in Pittsburgh]. Was Andy Warhol an academic? No, that wasn’t the way he thought. But he had an incredibly agile mind that came at things from different angles than anyone else might, and that really was the source of his greatness.

There’s a popular conception of Warhol as being freakish. But the Warhol that we encounter in the book is a gay man with relationships, with lovers, with desires, with heartbreaks.

Put it this way: [He was] as normal as someone raised gay in 1940s Pittsburgh could be. I mean, there is no way you would come out of the experience of being raised in such a homophobic society as someone who was absolutely stable and confident about who they were. But given that background, I think he was no more wildly neurotic than most of the rest of us. He was loving and generous when he wanted to be, cruel and skinflint when the occasion called for it. He was really an incredible collection of contradictions—but so are most of us.

What was so revolutionary about Warhol’s early work—the soup can and Coke bottle paintings, the Brillo boxes?

Most of the artists involved with pop art were taking stuff from the everyday world and transferring it into works that are pretty obviously living in the world of high art. That’s not so far from what Dutch artists were doing when they made their still lifes of kitchen scenes. Warhol created much more confusion between low culture and high culture. He really erased the boundary between the two in a thorough way that confused critics and viewers about what they were looking at and whose work they were looking at. He was much more like Marcel Duchamp taking a urinal and declaring it to be an important work of high art than he is like Vermeer painting a scene of a maidservant with a jug of milk.

You make claims for Warhol as an artist who belongs on Mount Parnassus alongside Picasso, Michelangelo, and Rembrandt.

Warhol really bears close examination over and over again. Every time you look at a Warhol you discover something new in it. I thought it was obvious that he was one of the great artists of all time. But it turns out there are people who disagree strenuously with that. There are still people who hold the view that was held in 1962 that he was a fraud and a fake and that his art is a sellout. So, to my amazement, he’s still a contentious artist—and that’s actually good for him. When I compare Warhol to Picasso, many people get up in arms, because for them Picasso is such an obviously great artist now. Of course, not that long ago, Picasso would have been seen as as radical and problematic as Warhol.

One of the complaints lodged against Warhol is that his draftsmanship is nothing special and that other people were often producing his work anyway.

One of the threads in my book is that Warhol is fundamentally a conceptual artist, that he’s in the tradition of Marcel Duchamp but also a forerunner of the conceptualists of the late ’60s. But I also believe that the mark of the artist’s hand is almost never as important as people think. At any given period, there are usually a bunch of artists who have the same manual skills, and it’s really the artists who have conceptual skills that matter more than anything. I mean, there were people who could handle a chisel and marble as well as Michelangelo did—that wasn’t the issue. The issue was what he could do with the skills he had.

In 1963 Warhol announced he was abandoning painting and becoming a filmmaker. How important are Warhol’s films?

I believe that Warhol is easily as great a filmmaker as he is a painter. I’ve sat through all five and a half hours of Sleep [a document of John Giorno asleep] several times. I’ve sat through Empire, which is just a camera focused on the Empire State Building, more or less for eight hours in a row, and enjoyed it tremendously. The four-minute film portraits that he did of his acolytes and friends that are called Screen Tests—they honestly rank up there with Rembrandt and any other great portraitist you can imagine. The public still thinks of Andy Warhol, essentially, as the guy who painted Campbell’s soup cans and pictures of Marilyn Monroe, and they just don’t realize the range of his art. If there’s any one thing I hope my book accomplishes it’s to expand the view of Andy Warhol for people who haven’t been studying him for years and years.

You’re offered one Andy Warhol artwork as a gift, free of charge. What do you choose?

You know, I’d have to take his repeated portrait of the Mona Lisa—30 Are Better Than One is the title he gave it. Only because he declared it his greatest work of art, and I’m quite willing to believe he was right when it came to thinking about art—not just his art, but anyone’s art.