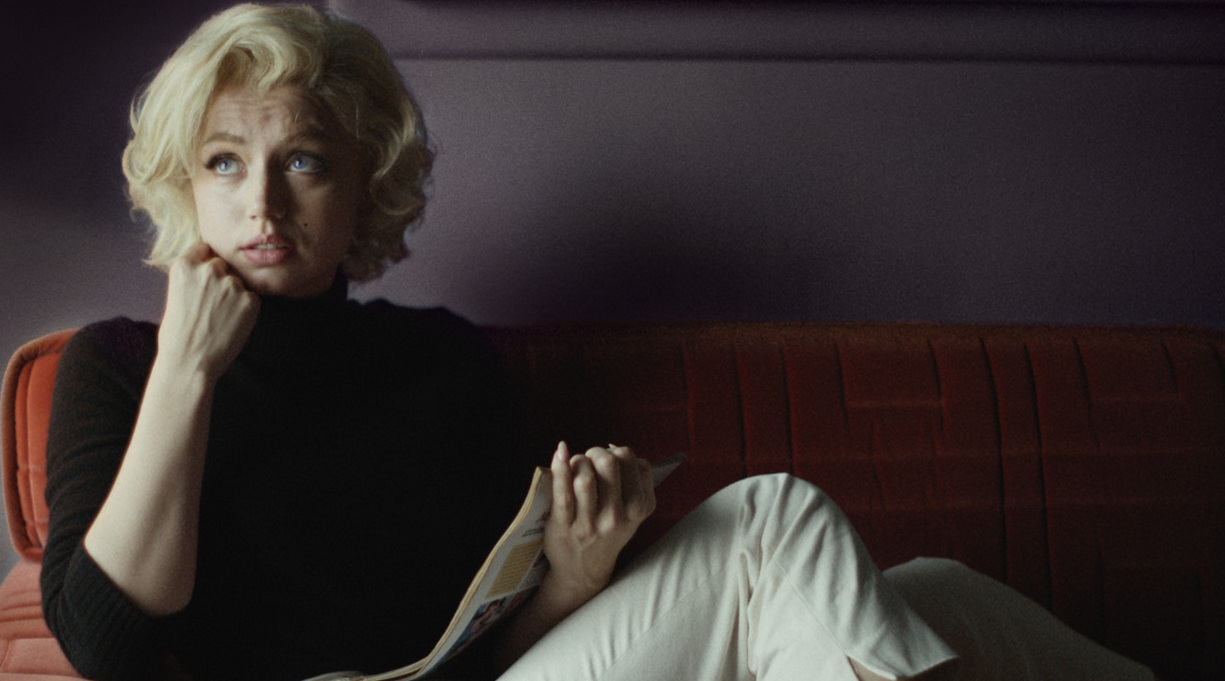 Most people know the glamorous and tragic story of Marilyn Monroe. Born in 1926, Norma Jeane Mortenson grew up in foster homes after her mother was committed to a mental hospital; she was briefly married to factory worker James Dougherty as a teenager, and soon found work as a pin-up model and, later, as a movie actor under the name Marilyn Monroe. She had major roles in such well-regarded films as the musical Gentlemen Prefer Blondes (1953), the drama Bus Stop (1956), and the comedy Some Like It Hot (1959), and became well-known as a celebrity sex symbol, whose distinctive look remains iconic throughout the world. She had a turbulent personal life, marrying and divorcing both baseball legend Joe DiMaggio and playwright Arthur Miller in a span of seven years and struggling with addictions to alcohol and pills. She was found dead from an overdose in 1962 at the age of 36.

Monroe’s life has been the subject of numerous biographies over the years by such authors as Anthony Summers, Donald Spoto, and Barbara Leaming. Joyce Carol Oates took a different approach in her 2000 novel, Blonde, which greatly fictionalizes the actor’s life for its own questionable ends. It was adapted as a CBS miniseries in 2001, and now it’s the basis for a new, lengthy Netflix film starring Ana de Armas, premiering Sept. 28.

The narrative tone of Oates’ novel calls to mind a gawker at a fatal highway accident—but instead of passing by, the author pulls over, gets out, and pokes the dead body with a stick. It consistently plays down Monroe’s considerable talents and successes, choosing instead to see her primarily as a victim. Oates seems to mistake the actor’s carefully crafted persona—as a naïve, not-too-bright woman who’s completely unaware of her sexual power—as her actual personality. But Marilyn was very much a character that Norma Jeane Mortenson created. She was a skilled actor who was a perfectionist regarding her craft and who delivered some very fine comedic and dramatic performances; she was also keenly aware of the effect her stunning appearance had on others—and was fully in control of it. Oates, however, seems determined to remove every vestige of Monroe’s agency. This extends even to the movie star’s suicide—which the author, in full conspiracy-theory mode, transforms into a government-sponsored murder.

Throughout the novel, Oates surrounds Monroe with loathsome people, mainly men, who are manipulative at best and abusive at worst—and, certainly, there were terrible people in Monroe’s life. However, Oates repeatedly ignores reality to drive home her version of Monroe’s misery; in the novel, Monroe has a passionate, polyamorous affair with thinly veiled versions of Charles Chaplin Jr. and Edward G. Robinson Jr., which did not happen, and gets pregnant, which did not happen. This is followed by an abortion, which did not happen; Oates then distastefully portrays Monroe as wracked by guilt during a screening of Gentlemen Prefer Blondes: “For this you killed your baby,” she has Monroe think, for reasons that are frankly hard to fathom. In an author’s note, Oates pointedly notes that Blonde is “not intended as a historic document”—but what, exactly, was the author’s intention in treating Monroe’s life so carelessly?

The film version, directed by Killing Them Softly’s Andrew Dominik, keeps many of the book’s phony plot developments—even making Monroe whisper the baby-killing line out loud to herself as an audience applauds. Dominik also bizarrely includes multiple shots of a nearly full-term fetus in utero throughout the film, and, unbelievably, cues up the Gentlemen Prefer Blondes song “Bye Bye Baby” after Monroe’s abortion. (At another point, Monroe has a vision of saving a baby from a burning building.) It’s hard to know what Dominik is getting at with all this, as it’s so clunky and empty-headed—but it sure feels like an anti-abortion screed, bolted awkwardly onto a trashy celebrity biopic.

Other moments make Oates’ text seem restrained and tasteful. At various points, the film offers a view from inside Monroe’s vaginal canal as a doctor plunges an instrument into it; a view from the bottom of a toilet bowl as Monroe vomits into it; and a lingering shot of Monroe performing oral sex on “the President,” as he’s coyly credited, with not-JFK’s genitalia cropped just out of frame—so as not to offend viewers’ delicate sensibilities, one assumes. It’s appalling stuff, whose style and tone, at its worst, suggest an unholy cross between Hollywood Babylon and a snuff film.

Throughout the movie, Dominik switches up film stocks and color-timing at random in an apparent attempt to turn Monroe’s life into a first-year film-student’s fever dream. In the midst of all this, one has to say that de Armas fully commits to the role; certainly, she looks and sounds very much like Monroe. But the shallow, uninsightful script gives her little to do but pose, cry, and scream. A few other actors, such as Adrien Brody and Bobby Cannavale—credited as “the Playwright” and “the Ex-Athlete,” respectively—do their best, but never transcend their cardboard-cutout roles.

In Kirkus’ scathing review of Oates’ novel, back in 2000, our reviewer wrote, “Whatever Monroe’s sins and limitations were, they didn’t merit this contemptible insult to her memory. Oates should be ashamed of herself.” It turns out that, 22 years on, there’s still plenty of shame to go around.