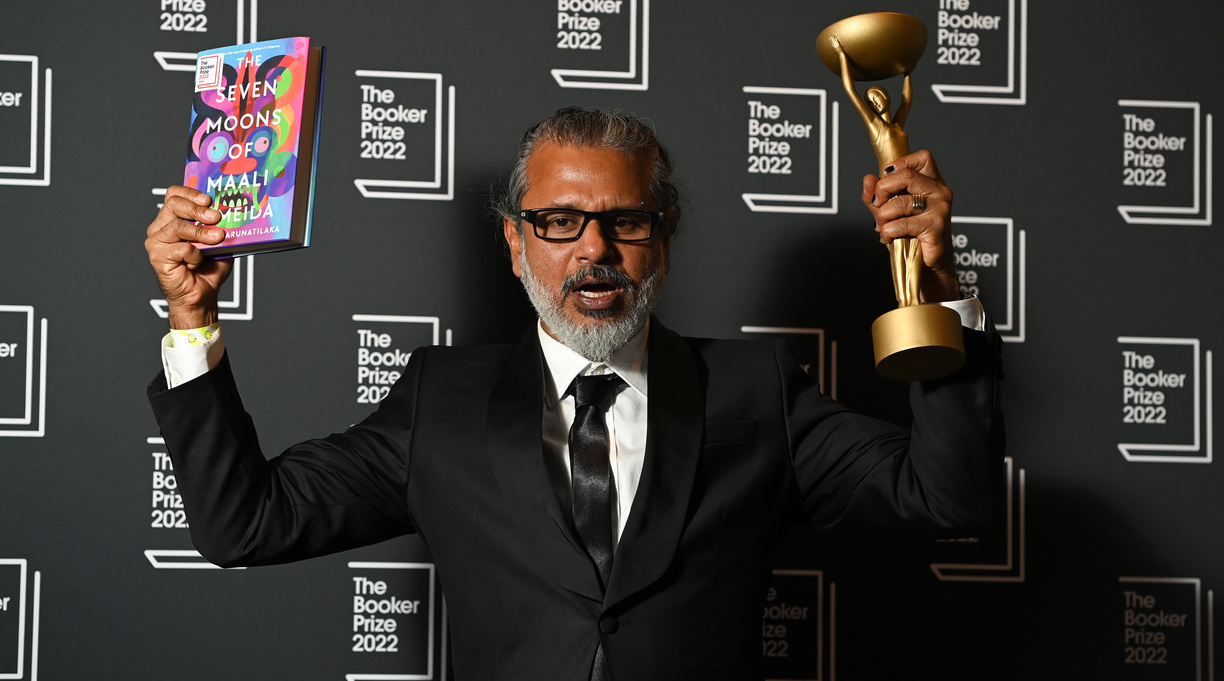 Shehan Karunatilaka, winner of the 2022 Booker Prize, with the redesigned statue. Photo by Kate Green/Getty Images

The Booker Prize trophy needs a name, and the foundation that presents the award is asking for your help.

The Booker Prize Foundation has launched a contest to name the trophy that goes along with the award, which is given each year to “the best sustained work of fiction written in English and published in the U.K. and Ireland.”

The trophy itself is new—kind of. It was designed in 1969 by children’s author and illustrator Jan Pienkowski, who based it on a lamp he found at a junk shop. P.H. Newby, who received the Booker Prize for Something To Answer For, was presented the first trophy, which was two feet tall and pewter-colored. Newby’s wife, evidently not a fan of pewter, spray-painted it gold.

Last year, a Madrid nonprofit organization located the original trophy, scanned it, and 3D-printed it with some changes: It’s now 15 inches and, perhaps in a nod to Newby’s wife, brass.

The first author to take home the new iteration of the statue was Shehan Karunatilaka, who won last year’s Booker Prize for The Seven Moons of Maali Almeida. Karunatilaka is among the judges who will consider names for the trophy, as is Newby’s grandson, Gabriel Schenk, a lecturer in English literature.

Readers who have ideas for a name for the statue can enter the competition on the Booker Prize website. If the winning name is nominated by more than one person, the winner will be selected randomly from among the entrants. The winner will take home the Folio Society collector’s edition of Hilary Mantel’s Booker Prize–winning Wolf Hall, as well as a Montegrappa Zero Fountain Pen with a golden nib.

On Feb. 8, the public will be able to vote for a winning name among six finalists, with the ultimate winner named on Feb. 23.