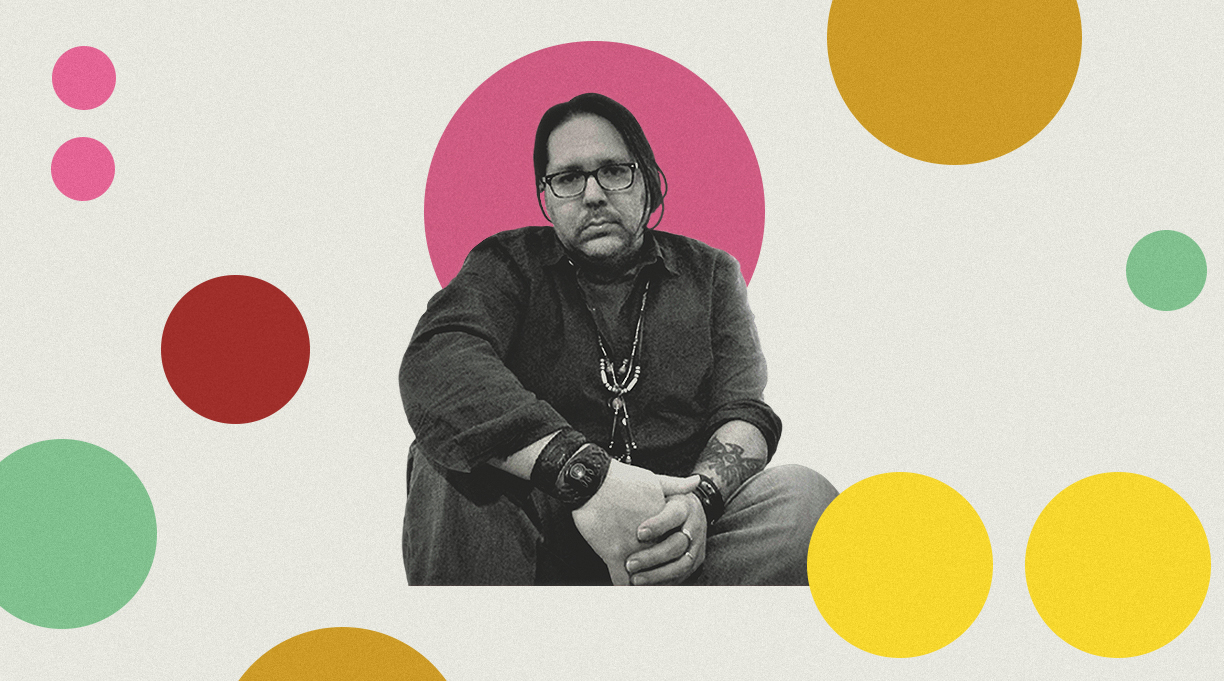 Brandon Hobson. Photo from the author

What happens to a family when one of its members is killed by the police? In his dazzling new novel, The Removed (Ecco, Feb. 2), Brandon Hobson explores that question through the story of the Echotas, a Cherokee family in Oklahoma whose middle child, Ray-Ray, was shot by a White policeman 15 years ago. Now Maria, a retired social worker, is preparing for the annual bonfire they hold in Ray-Ray’s memory, and she’s also agreed to take in a foster child for a few days. Wyatt’s father is in jail and his mother has vanished, and he needs a Cherokee placement while his grandparents try to arrange custody. Maria’s husband, Ernest, is in the early stages of Alzheimer’s, but as he spends time with Wyatt, he finds himself remembering more and more of his life. Could Wyatt contain some element of Ray-Ray? The Echotas’ daughter, Sonja, seems taken up with romantic travails, and their younger son, Edgar, finds himself in a mysterious place called The Darkening Land following a drug overdose. Interspersed with their stories are chapters told from the perspective of Tsala, an ancestor who experienced the Trail of Tears. Hobson’s previous novel, Where the Dead Sit Talking, was a finalist for the 2018 National Book Award. He spoke to us over Zoom from his home in New Mexico; our conversation has been edited for length and clarity.

In the past few years, we’ve been starting to have a reckoning with police violence against Black Americans, but we haven’t begun to have that reckoning about violence against Native Americans—the trauma that has been inflicted and how that is affecting people.

It’s a significant problem in the Native community. I wrote a short story that was in American Short Fiction last fall, about missing Native women, and that’s sort of the same thing. Native women in the state of New Mexico, Oklahoma, Colorado, all through the Pacific Northwest—the numbers of murdered Indigenous women are astronomical. And yet we see this in Native news and Native communities but not often in the national news—so we have to do whatever we can to raise awareness. My hope is that more Native writers will get published. And certainly, it seems to be headed in that direction, which is a good thing. I’m not in any way trying to take away from the Black community and the struggles there, of course, but there are also many Natives who’ve been mistreated. I wanted to focus on the police shooting there because it does happen—just trying to get it out so we can have conversations about it.

In addition to being a contemporary family story, this book is also very much concerned with history, particularly with the Trail of Tears. How do these things fit together?

I began this book with the theme of removal, and I began it, as I generally do with my fiction, with questions. One of the questions I explored in my last book and in this one is, What do we consider home? And the bigger question in this book is, How do we grieve? And how do we begin to heal after grieving? We have a racist police shooting, and after 15 years, is the family still grieving over this? So that’s where I began, addressing those questions and taking each character’s thread, Sonja’s thread, Edgar’s thread, Maria’s thread, and then to get back to your original question, there’s Tsala’s thread. Tsala is an ancestor, and I wanted to look at the history of removal and struggle that he dealt with and how that parallels the suffering that this family is going through and trying to heal.

Where did Tsala come from?

So Tsala is actually based on a real man named Tsali, but in my book it’s Tsala, which is taken from Tsalagi, the word for Cherokee. If you ever go to Oklahoma, to Cherokee Nation, you’ll see Tsalagi everywhere. Anyway, he was a real figure who was killed for refusing to leave the land. Andrew Jackson ordered the soldiers in, and some people hid in the mountains, and those who didn’t were forced to migrate and leave. But this is a man who just refused. He fought against the soldiers, and he ended up dying with his son. In the book, he’s telling us, Here’s how we struggled. I also wanted to incorporate some of the traditional stories in this book, and I thought I could use the lens of Tsala to do that. He can not only talk about his removal and death, but he can incorporate some of these traditional old Cherokee stories.

Storytelling is a big theme in the book. Aside from Tsala’s stories, Sonja works in the library and Wyatt tells stories to other children.

Yes, even the minor characters are storytellers. If you think of Edgar’s journey into the mythical Darkening Land—which is really a term used in Cherokee mythology—in that surreal, mystical place that he finds himself in, even the minor characters will come up and launch into a story. So storytelling is definitely a theme, good and bad, and hopefully it’s connected to the Trail. And storytelling is a big part of Native culture, anyway. How stories heal—but not all stories heal. There are harmful stories—like Trump, right? He’s a storyteller in a certain way, but not a good one.

Your last two books both feature teenagers in foster care. You spent some time as a social worker, right?

I’ve done a few different jobs in social work, though it’s been a while. I did it before I went on to do a Ph.D. But before that, I ended up in social work because my mom was a social worker, and it was the only job I could find that had benefits. I worked with deprived kids and also delinquent kids—and I use that term because it’s a social work term, meaning kids who had juvenile records and were in need of services. I did that for seven years, and I also worked with the parents of teenagers who are on probation. And I do find something intriguing about unwanted children, or children who have been through the system. They all have such remarkable stories to tell, and I want to give light to that in some way through my fiction.

The book is dedicated to your uncles, who you said spirit-walked across water to visit you during the writing of the book. Can you tell me about that?

It happened at the Miami Book Festival a couple of years ago. I flew to Miami, and one morning there, I had a very—and I don’t want to sound too weird or New Age–y or anything, but I had an experience there. It was a very spiritual experience. They came to me right across this sort of body of water and told me that they were proud of me. And that was an important moment in my life.