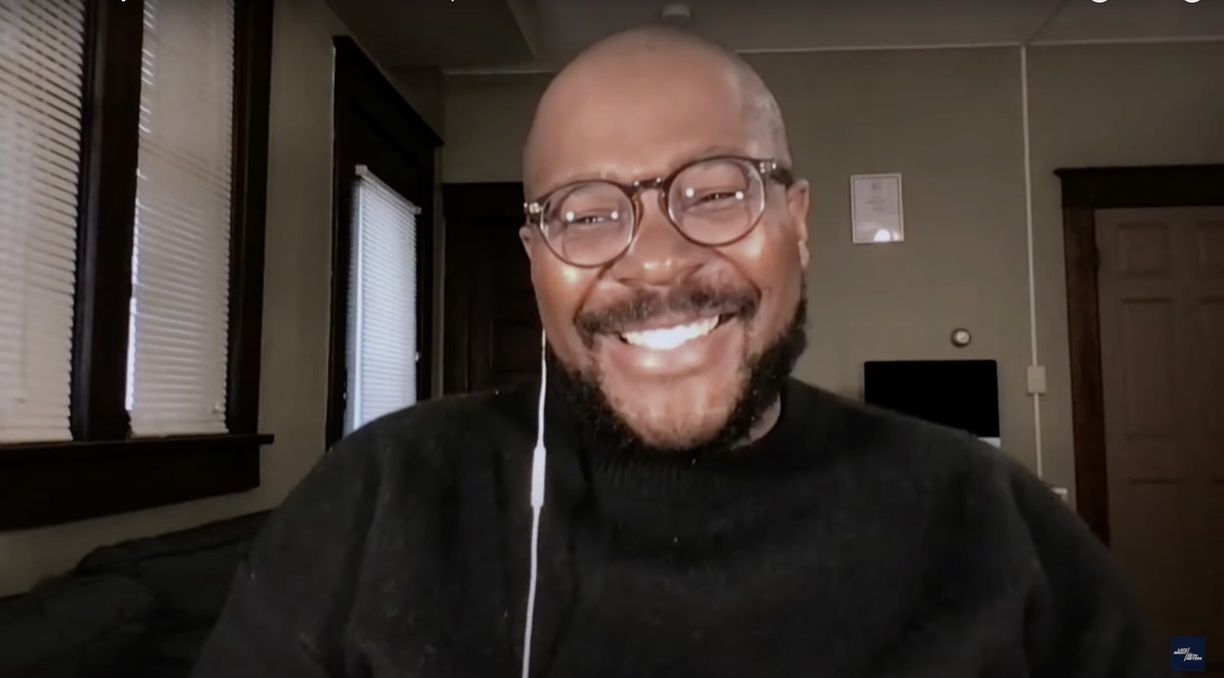 The collectionis a follow-up to his debut novel, Real Life, which earned the author a spot on the Booker Prize shortlist. In a starred review for Kirkus, a critic wrote of Filthy Animals, “Taylor tackles a variety of taboos and articulates the comfortless sides of the soul, and it’s thrilling to watch.”

Meyers asked Taylor how his literary success has lined up with his expectations.

“With my first book, I thought, ‘OK, five people will read this, four of which are my family members, maybe, and maybe that one friend who shows up to everything despite there not being a thing to show up to,” Taylor replied. “But, I’ve just been blown away by the way that readers have taken me in and the way that they’ve loved this book.

Meyers asked Taylor about his tendency to set much of his fiction on college campuses.

“I love reading about academia,” said Taylor, a former student biochemist. “But time and again, when I read those books, I always felt like, ‘There are no Black people in these books. There are no queer people in these books.’ And yet there are Black and queer people on campus, as I am one of them. So when I started writing my first stories, it just made sense that I would write about a setting that I was deeply familiar with, and I felt like I was getting to correct the record a little bit by writing myself and people like me into these stories.”

Some of the characters in Filthy Animals are dancers, and Meyers asked Taylor whether he was himself a dancer.

“Only as an intense superfan and spectator,” Taylor said. “I always wanted to be a dancer as a child, but my mom always forbade me from it because she thought it would make me gay. But then I turned out to be gay anyway. So if I could go back in time, I would be like, ‘Just let him dance. It’s going to be fine.’”