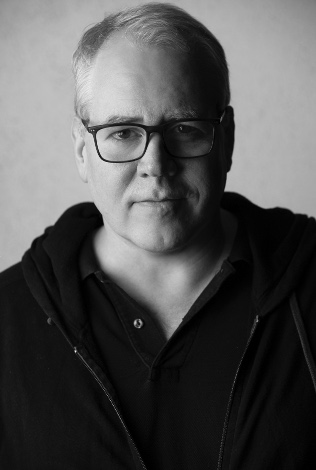 It’s two days after the Oscars, and Bret Easton Ellis is rolling his eyes at the online chatter about Green Book’s best picture win. The consensus says the movie is a retrograde celebration of white-saviorism, but Ellis isn’t having it. “[The commentary is] far dumber than I expected,” he says over the phone from his home in Los Angeles. “It is a complete overreaction to this movie. The movie is being used as some kind of symbol for something it isn't, which is going on in the culture a lot.”

That attitude—contrarian and disenchanted with current discourse about identity politics—provides the backbone of White, Ellis’ first book of nonfiction. The essays are all autobiographical; he recalls his childhood movie fandom, the early success of his 1985 debut novel, Less Than Zero, the controversy surrounding 1991’s American Psycho, and his recent switch from fiction writing to podcasting. But the book is as much op-ed as memoir, shot through with his frustration with what he sees as the death of sensible cultural discourse. Another best picture winner, Moonlight, stokes his sense that, as he writes, “if you refuse to join the chorus of approval you will be tagged a racist or a misogynist. This is what happens to a culture when it no longer cares about art.”

The book’s title underscores that point in two ways. First, Ellis says, it’s a tribute to Joan Didion’s classic 1979 essay collection about Southern California, The White Album, recalling an era when writers occupied the heart of American cultural life. But he’s also spotlighting white male privilege and his ambivalence about the concept.

“There was a joke title, ‘White Privileged Male,’ that [my editor and I] used for a long time, because it seemed to sum up the point of view of the book, which was from a white privileged male. There's no way of getting around that, and it's addressed in the book,” he says. “He ultimately said, ‘Why don't you just get rid of the privileged male thing and just simply call it White?’ I kind of resisted it at first, thinking it could push the wrong button. But then I also thought, if that button’s pushed, then that's part of the problem that we have in the world right now.”

White isn’t designed to offend, exactly. But Ellis is comfortable with his provocations. He dismisses the gay rights organization GLAAD as one that “reinforces the notion that gay men are oversensitive babies.” He defends Milo Yiannopoulous’ stoking online attacks on Leslie Jones, “who couldn’t handle a vicious yet typical Twitter trolling.” And if he doesn’t support Donald Trump, he’s annoyed at the left’s catastrophism about him (“this hysteria, a kind of fake game that didn’t even come close to connecting with the real and the pragmatic”).

These days, Ellis says he’s all but given up on social media except to promote his podcast. “Absolutely nothing,” he says, when asked what Twitter is good for. “I thought it was kind of a funny performative space to make dirty jokes, say outrageous things, cause outrage,” he says. “But now it's a virtue-signaling site, basically. It's just not fun.”

If this all sounds like sour grapes from a novelist at a time when novelists lack prominence, Ellis argues he’s just staying on-brand. This is, after all, the same author who wrote American Psycho, an enduring button-pushing satire of our national greed and ego, and his view has long been a jaundiced one, he says. “Everything is a lament for me….My whole career has been built on lament. I was the old man on the porch with Less Than Zero, calling out those kids for what they’re doing. Nothing’s really changed.”