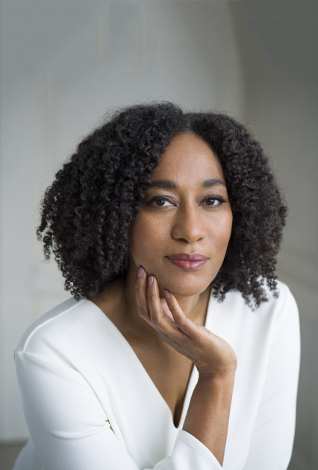 One universal marker of class in America is a great pair of shoes, so it’s fitting that The World According to Fannie Davis: My Mother’s Life in the Detroit Numbers begins almost immediately with author Bridgett M. Davis making a connection between her self-made, entrepreneurial mother and the scornful gaze of white America.

Her first lesson comes as a first-grader at Winterhalter Elementary & Junior High School, when her teacher Miss Miller noted her shoes always matched her outfits—and one pair of baby blue, patent leather slip-ons with an extravagant buckle prompted her to ask what exactly her parents did for a living and just how many pairs of shoes the girl had in all.

Davis knew better than to tell the teacher that her mother was part of what she would learn later was, once upon a time, an extremely lucrative American tradition: running Numbers.

When Davis went home to her mother and told her about her teacher making her count the number of shoes she had in her possession, Fannie pulled on a periwinkle blue leather coat, took her baby girl with her in a ride in her new Pontiac Riviera to Saks Fifth Avenue, pulled out a $100 bill and bought her a 12th pair of yellow patent leather shoes. “You’re going to wear these to school tomorrow,” Fannie tells her daughter when they get home. “And you better tell that damn teacher of yours that you actually have a dozen pairs of shoes, you hear me?”

The point of this glorious, elaborate, and cinematic detail is that it says so much about Fannie, healthy black motherhood, and the American experience—that when you have given everything you have and risked everything you have to live well and to make sure that your children live well and inherit that legacy, you will be damned if anyone makes them ashamed. You dare them or anyone else to think twice about standing firm in the conviction of such a powerful love. “This is unconditional love writ large,” Bridgett says of the book. “This is how you love in a healthy way.”

The Numbers, the illegal, all-black precursor of state lottery games, are part of a long American gambling tradition that Davis reports about deeply and expertly in The World According to Fannie Davis. In the 1930s, for example, white gangsters like Dutch Schultz kept close watch on the operations and reported that they made as much as $80 million a year. Thirteen colonies operated legal lottery businesses that led to the creation of the stock market. In fact, Denmark Vesey, a former Charleston slave who would go on to help found the African Methodist Church in South Carolina where nine African-Americans were shot in 2015, bought his freedom with money he won during a city lottery in 1799.

“I knew that my mom was engaged in a process that has happened in a lot of cities in the U.S. and in the history of the world,” Bridgett says. “I didn’t understand the social legacy before. Through writing the book, I was able to connect black folk to an American institution, and what the U.S. has done with the lottery since is completely an American narrative.”

Bridgett, a novelist, screenwriter, and journalism professor at Baruch College, weaves two other disparate yet fundamentally American stories together through her portrait of her mother. One is a beautifully complex rendering of black motherhood that offers up humanity without stereotype—unfortunately rare in literature about black women. There’s a simple but very profound, uncomplicated love between mother and daughter in this book. Another is what Bridgett calls the blue-collar bourgeoisie, a full, vibrant space of ingenuity and enterprise that allows for a multifaceted black humanity to unfold in refreshing and colorful ways.

Fannie, a generous, lavish matriarch, sparkles like the 1.5 carat diamond solitaire ring she liked to wear, in part because, Bridgett says, “It was just a pleasure to be her daughter. She fascinated me and I adored her and I also knew that she saw me.”

It was important for Bridgett to recover and tell the details of her mother’s hustle because so often the black working-class experience is obscured or omitted from the historical record. Take, for example, the omission of the black working class from the many articles about working-class voters during and after Trump’s campaign for the presidency. “Nothing reminds white America of its racist and privileged stance more than a black working-class man or woman, because it can’t explain away why they aren’t being honored, getting fair treatment,” Davis says. “There’s only one explanation, which is that we live in an unfair society, so they remain invisible.”

As someone who inherited her mother’s entrepreneurial drive and her self-made spirit of upward mobility undergirded by a family that was very much intact and healthy, Bridgett says that the story of her mother is also the story of so many other people’s mothers. “We all knew and know someone in the culture who has these incredible mothers. We forget how loving black mothers can be, in a healthy way,” Davis says. “Motherhood is not about sacrifice nor is it necessary to give up yourself to be a good mother. What really motivated [Fannie] was that she really just wanted her children to thrive. That’s what keeps your children safe, that’s what makes you make the right choice in a life partner, when you can love your children in a healthy way.”

The only thing unfortunate about Fannie is that we have seen her kind so rarely in American letters, as though she were a novelty. But women like her—as much Booker T. Washington as she is Madame C.J. Walker, with a hint of blaxploitation-era Pam Grier—are more common than the widely circulated tales of fraught black maternal love lead us to believe. Fannie orients and centers a world where she risks everything to provide and demonstrate unconditional love for her family. Bridgett returns that love right back to her mother, unfettered from any hesitation or sense of lack. From the first word to the last, there is nothing in the book but adoration, reverence, and affection.

“When it came time to write about my mom, I was absolutely clear that there’s something about black mothers that’s just not part of the narrative,” Bridgett says. “She enjoyed being a mother. She did everything to give us lives, but she also didn’t believe she should be a martyr and go without. She would say, ‘If I don’t have shoes, that’s a problem for you.’ And while we have shoes, why not have good shoes while we’re at it.’ ”

Joshunda Sanders is a writer and educator living in New York.