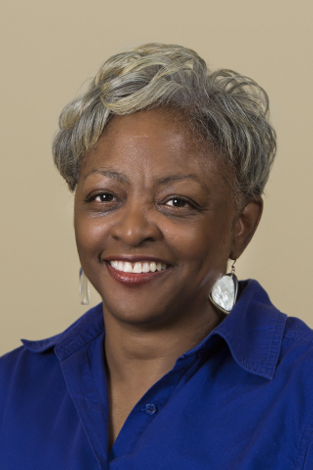 In his 1951 novel, Requiem for a Nun, William Faulkner wrote the oft-quoted line, “The past is never dead. It’s not even past.” This is true now, it seems, of so many things, but it’s particularly resonant for the fight against voter suppression.

As much as immigration or Supreme Court picks have dominated conversations about the Trump Administration, political power in the United States begins and ends with the vote. Acclaimed historian Carol Anderson’s latest book, One Person, No Vote: How Voter Suppression is Destroying Our Democracy, scheduled for publication on September 11th, situates current truncated discussions, exaggerated rhetoric and lies about voter fraud and suppression at the polls meant to disenfranchise voters in a past that feels eerily like it never became history.

Jeff Sessions, for example, when he was Alabama U.S. attorney, referred to the Voting Rights Act of 1965 as an “intrusive piece of legislation,” then “rounded up twenty elderly blacks and had Alabama state troopers drive them away from their community into a predominately white area to be fingerprinted, photographed and grilled before a grand jury” to intimidate them out of voting, Anderson writes. There are troubling and astounding stories like this throughout One Person, No Vote from Anderson, the Charles Howard Candler Professor of African American Studies at Emory University. She said the idea for her latest book emerged when she was on tour for her 2016 book, White Rage, which won the National Book Critics Circle Award for Criticism along with a host of other accolades.

“During the Q&A on the road, I often got a question about the part of [White Rage] about voting, ‘How hard is it to get an ID?’ Because headlines about voter fraud became the shorthand mantra,” Anderson says. “So you begin to talk about which IDs voters need. African Americans and poor people often don’t have the kinds of IDs that you need. I wanted to demonstrate how difficult it is to get those IDs.” She also details the combined effectiveness of voter ID laws combined with the lie of voter fraud, found by law professor Justin Levitt to amount to “31 voter impersonation cases out of one billion votes nationwide” cast between 2000 and 2014 and a “powerful and effective ‘political weapon’ wielded against minorities, youth and the poor.”

We have seen, in the present, just as in the past, the dangers of complacency, Anderson says. “There was a sense of a complacency after Obama’s election because he was able to get so much done. People thought democracy would run on its own.”

In her favorite chapter, “Alabama,” she writes about the importance of staying engaged by knowing the strengths of your community. It includes the wonderful line, “Southern culture will eat strategy for breakfast,” referencing the boots-on-the-ground culture that led to Doug Jones’ victory over Roy Moore.

“Be engaged,” she says. “Register and vote. Get the people around you to register and vote. Really engage with the issues. Understand the position of the Secretary of State in your state  who sits over election machinery. Donate to the ACLU and the NAACP Legal Defense Fund, who are fighting to open up the ballot box, to rid the nation of unequal democracy….I mention the Russians in the book because they can’t have the kind of impact they have had if we have a stronger infrastructure.”

And as much as the past may not even be past, the future is not lost, either. While voter suppression through gerrymandering, redistricting and the like feel dispiriting and unavoidable, Anderson says, “Hope springs eternal.”