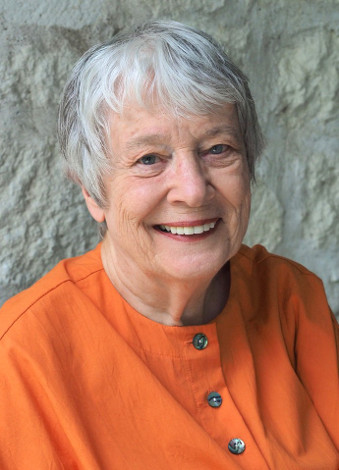 Carolyn Osborn embodies the same strength of character as the women who raised her. After several novels and four collections of short stories, and scores of literary awards, 83-year-old Osborn finally shares the story about her birth mother’s incurable schizophrenia. Her military father, often absent during World War II and without a wife to raise his children, took young Osborn to live with her Grandmother Culbert and two aunts in Nashville. No one ever talked about her mother’s illness, and doctors at the time judged it best for the children not to see her. So, one day, Osborn’s mother just disappeared from her life and into Tennessee’s Central State Mental Hospital.

“I wanted to see all that time together, relate all the pieces of that life,” she says. “Everyone who had dealt with my mother’s situation is dead, so maybe that loosened things up. The older I have grown, the more I have felt the stigma can be avoided if people feel free to talk about it. The memoir is my answer to those who are afraid to acknowledge mental illness.”

The title of her new memoir, Durations, comes from her father’s comment when he sent them home from his post in California.  He would say it was just “for the duration.” Osborn understood he meant “nobody knows how long.” She writes vivid details about her Grandmother Culbert’s home, such as “two green Rookwood acanthus leaves” embedded in the fireplace tile.

Osborn was young, just nine years old, when she returned to Nashville. “Even though I had visited my grandmother’s house before, I was now going to live in it,” she recalls. “I really noticed my surroundings. It was certainly curiosity, but also clues to the personalities of those people, who were kind and loving.”

Osborn’s childhood turns for the better when her father re-marries Mabel Winters, a Texas businesswoman and ranch owner, who joins Osborn’s other strong and intelligent female mentors.

“She was a generous-hearted person. My father met her through mutual friends at Ft. Hood. Mother was a continuation of my aunts’ lives. They all worked and my stepmother had her own business. My independence was influenced by all these women in my life,” she says.

One of Osborn’s aunts worked for a newspaper and Osborn later took on her own media job after graduating from the University of Texas in Austin and moving to El Paso with her new husband. At the 50,000-watt radio station, Osborn wrote all the local one-minute ad copy, handled the boss’s correspondence, and hosted her own program.

“You make up the show, which ran late at night, you play it, and hope someone would pay for it! I used this wonderful library made up of old records and gathered the stories about the music from the album cover.”

In her thirties, Osborn returned to her Tennessee home on a quest for answers to many questions about her mother. Bits and pieces unfolded, like the shocking news that her mother had once tried to hang herself. Letters written by the doctors in 1944 recorded her mother’s agitated state and incoherent conversations. Osborn struggled to understand her mother’s illness.

Then, in 1967, at the age of 33 with three children, Osborn battled manic depression. “I was educated. I had two degrees, a B.J. and an M.A., and I realized I’d been stumbling around in utter ignorance,” she writes. Osborn turned to a psychiatrist to learn more about the disease.

“I was educated by the helping profession,” she says. “That was really a big part of it. Why and how much of it is inherited, they still don’t know. We want to know the cause of something, because it helps you replace fear with knowledge,” says Osborn.

Osborn, who enjoys traveling and Austin life with her husband, children, and grandchildren, says she’s at a stopping point with her writing. She pauses then adds, “But it’s such a habit, I feel I will go on.”

Terri Schexnayder is a writer living in Austin.