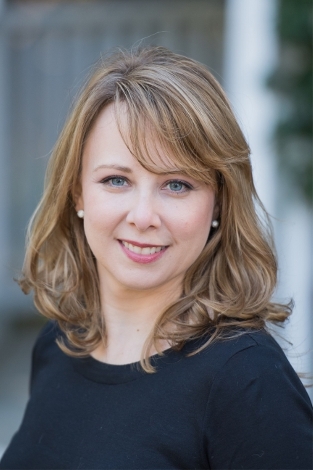 Robert Smalls may be the biggest Civil War hero you’ve never heard of. With the blessing of his family and aid of the National Archives, Cate Lineberry aims to restore him to his rightful place in the pantheon of patriots in Be Free or Die: The Amazing Story of Robert Smalls’ Escape from Slavery to Union Hero.

Lineberry is a journalist living in Raleigh, North Carolina. She recently returned to her home state after 20 years in Washington, D.C., where she worked as a staff writer and editor for National Geographic magazineand a Web editor for Smithsonian magazine.

“I’ve always been drawn to stories of everyday people finding themselves in extraordinary circumstances and rising to those challenges,” says Lineberry, author of the No. 1 Wall Street Journal bestseller The Secret Rescue: An Untold Story of American Nurses and Medics Behind Nazi Lines. “That was certainly true of my first book, and with this I was just blown away by the story of Robert Smalls. No matter what, he faced what was thrown at him and not only survived—he conquered it.”

In the early morning of May 13, 1862, Smalls, a 23-year-old enslaved black man, commandeered  the Planter, a Confederate steamship, and piloted her through South Carolina’s heavily guarded Charleston Harbor in an attempt to meet the Union fleet.

“It would be a remarkable feat,” Lineberry writes of Smalls’ plan. “No civilian, black or white, had ever taken a Confederate vessel of this size and turned it over to the Union. Nor had any civilian ever delivered so many desperately needed guns. Most enslaved men and women trying to reach the Union fleets blockading Southern ports rowed to the vessels in canoes.”

Smalls set out with his wife, their young children, and 12 other souls to attempt the heroic deed. Their goal was to turn over the ship and its precious cargo to the Union and earn their freedom. If captured, they planned to end their own lives.

“[I]f a Confederate vessel attacked and they were not killed immediately, they would hold hands and jump overboard to drown themselves,” Lineberry writes. “One way or the other, they would all be free, as would their children. They simply refused to go back to slavery.”

By all accounts, it was due to Smalls’ intelligence, determination, and skill that the party succeeded. The delivery of the Planter became one of the Confederacy’s biggest embarrassments. Smalls became famous and continued to blaze trails: he became the first black captain of a Union vessel; he earned the money to purchase the grand home where he and his mother were formerly enslaved; he traveled the country, sharing his story; and he became the first black U.S. Congressman.

“One thing that pushed me to write this story is, not only was Robert Smalls a remarkable individual, but his story really encapsulates so much of the struggle for African-Americans during and after the Civil War,” Lineberry says. “I consider myself somewhat educated in this area, but there was a lot I realized I didn’t know—and we’re at a time in our country when we’re facing so many issues with racism. It’s important to understand the history behind that, and his story, while being a remarkable one of an individual, also sheds light on those issues.”

“The only way that we can move forward is by recognizing and owning our past,” she says.