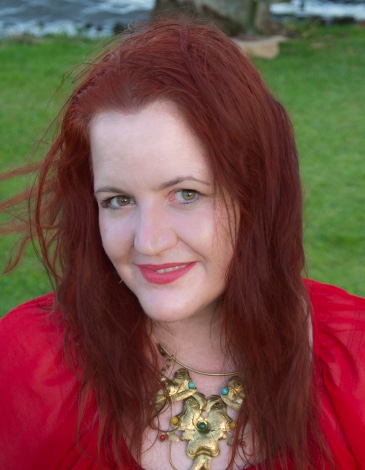 To make it to the oratorical Valhalla that is The Moth Mainstage, you’ve got to have bravery, vulnerability, and a hell of a story to tell. You absolutely cannot have that story printed on sheets of paper.

“People wanted us to do a book for a long time...but I was a little bit reluctant because it’s The Moth—our storytellers are not allowed notes,” says Catherine Burns, artistic director of The Moth, the acclaimed, not-for-profit, live storytelling organization founded in 1997 by novelist George Dawes Green. “We’re not about paper. We’re kind of Luddites.”

After landing on a process of transcribing and “gently editing” Mainstage stories for print, The Moth released its debut collection, simply titled The Moth, in 2013. On the occasion of their 20th anniversary, The Moth presents its second collection, All These Wonders: True Stories about Facing the Unknown, edited by Burns, with a foreword by Neil Gaiman.

“We spent a long time trying to come up with that title, which helped us organize it a little bit,” says Burns, who, with Crown editor Matthew Inman, combed through hundreds of stories to select the final 45. “We knew it would be about that moment when you step out of your comfort zone—maybe by choice, maybe not, maybe because you’re pushed—and what happens when you land.”

All These Wonders is divided into seven expertly curated chapters. The effect is an anthology of seven Mainstage shows, averaging six stories per show. Each juxtaposes sensational stories by famous names (Ishmael Beah, John Turturro, Tig Notaro, Louis C.K.) with those by relatively unknown storytellers, whose narratives, quite often, deliver the biggest emotional punches.

“One of the fun things about a book like this is that people might buy it because they want to read John Turturro’s story or Louis C.K.’s story, but I hope that they’ll fall in love with someone that they haven’t heard from, too,” Burns says. “I hope that readers will come into the book with an open heart, because they’re going to meet a lot of people they might not otherwise get a chance to.”

Tomi Reichental (“The Shower”), describes life as a nine-year-old interned at Bergen-Belsen. Noreen Riols (“The Price of Freedom”), a former Allied spy, offers two heart-wrenching perspectives on the realities of World War II. Suki Kim takes us “Undercover in North Korea with Its Future Leaders” and Dori Samadzai Bonner tells of fleeing war-torn Afghanistan on forged papers, resettling with her family in the United States.

“I grew up in Afghanistan during the Russian occupation, and as a child I remember my dad being gone a lot,” Bonner begins in “A New Home.” “The subject of my dad’s whereabouts was somewhat taboo in my household, because my mom told us we were never to ask about him, so we never did. And sometimes I wondered if he cared about me.”

In a shocking courtroom climax, her father begins to remove his clothes in front of a judge intending to deny their plea for asylum. “This is what the communists did to me,” he repeats, pointing at his many scars.

“We worship our storytellers,” Burns says, “so all we want to do is make sure their stories are heard by as many people as possible. To get them into the hands of people who would appreciate them—it’s fun to have a new way to do that.”

Of course, just because readers can enjoy All These Wonders silently doesn’t mean they must.

“The thing that blew our minds that we heard from [readers of] the first book, was that people were reading the book aloud to each other,” Burns says. “I cried the first time I heard that, I was so touched.

“My friend’s father was suffering from dementia, and her mom used it as a way to try to keep him present,” she says. “They would read the stories aloud to each other every night—he would read the boy stories, she would read the girl stories—and I thought that was beautiful.”