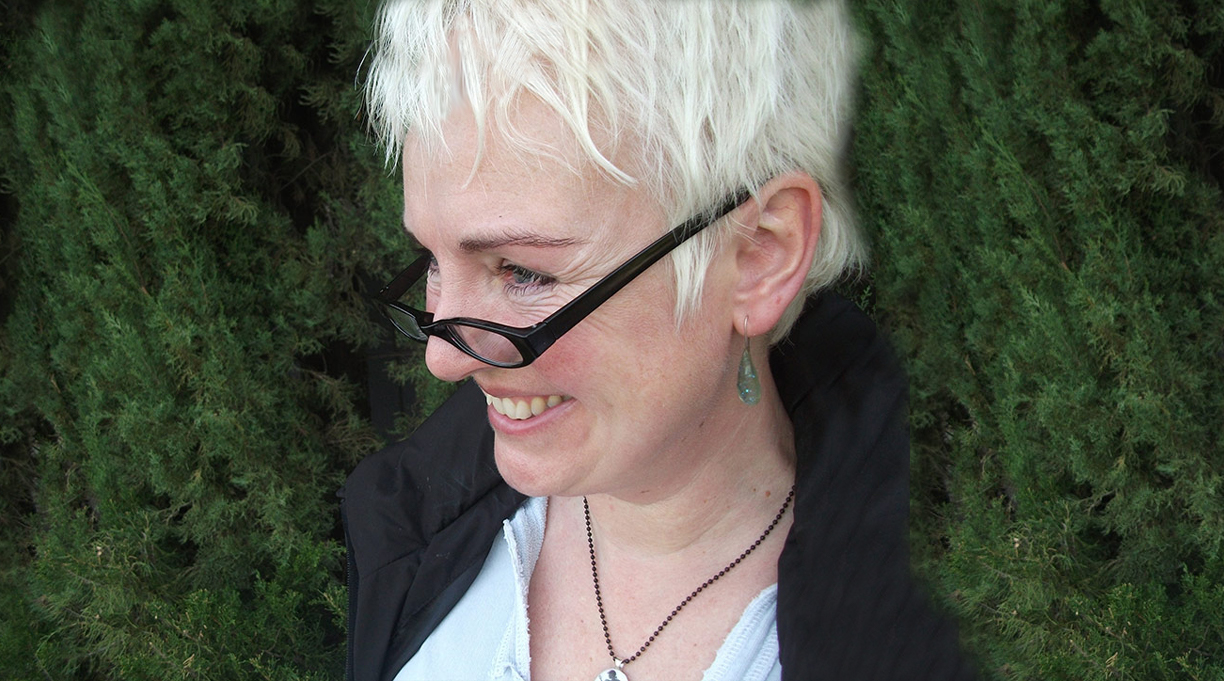 A Step So Grave  (Quercus, Nov. 5), the latest installment in Catriona McPherson’s Dandy Gilver mystery series, began life three years ago with a thrilling drive. Scouting locations for her Scotland set series, McPherson headed straight up and over the Bealach na Bà, known informally as the “Pass of the Cattle.” This road on Scotland’s craggy west coast climbs over steep switchbacks and hairpin turns with gradients of nearly 20% to a height of 2,054 feet.

“I had searched under ‘bad roads of Scotland,’ ” McPherson says, “and the Pass of the Cattle came up. By the time I got to the end, I wanted a cuddle or a drink.”

McPherson was headed to the tiny village of Applecross (pop. 544). Here, a few houses, a village store, and an inn look across a bay to the Inner Hebridean Isle of Raasay.

McPherson thought the village might make a good setting for private detective Dandy Gilver to pursue a case. Gilver, appearing in her 13th book, is an aristocratic Englishwoman who finds being a private eye compensates for a staid marriage.

“I was taken with the utter tranquility of the place,” she says. “You just listen to the birds and the water.”

McPherson was set to begin the book when she learned that another mystery set in Applecross, His Bloody Project, by Graeme Macrae Burnet, had just been published to great acclaim and was a finalist for the Booker Prize.

“I was crestfallen,” she recalls. “The book was brilliant. My book died in my brain. “

McPherson turned to writing another book; but after she finished it, her Applecross story, she says, “bubbled back up to the surface.”

So McPherson was once more up and over the Pass of the Cattle to capture Applecross on paper. Sense of place is vital to the Dandy Gilver series, she says, and she is skilled and determined in her methods to capture it—and to populate it with distinctive characters.

“I was once taking notes on a castle in the [Scottish] Borders,” she says, “and it began pouring rain. The castle had no roof. The only place I could keep my notebook from turning to pulp was inside an old bread oven I spotted. So I crawled inside it. One of the guides from a tour group came out from the tearoom, concerned I was having some kind of neurotic meltdown.”

Dry weather in Applecross let McPherson sit by the bay and take notes.

“They call it research,” McPherson says. “It’s just tramping around rocks and looking at the sky or standing under a tree. I take notes on the five senses I experience.”

The sense of taste played a salubrious role in McPherson’s research, notably that of the fish and chips sold by caravan at shore’s edge.

“You get a spanking fresh haddock, straight out of the sea, with light, crisp batter that sounds like a snare drum if you tap it, “she says, “and a pile of piping hot chips, crunchy on the outside and fluffy on the inside. It’s heaven in a cardboard tray.”

McPherson’s research at the history center in the nearby village of Lochcarron was also refreshing.

“The staff said, ‘If you’re going to work here, at least have a cup of tea.’ They brought a cup and saucer on a tray with a cloth and a jug of milk and homemade ginger cake with butter. This is Scottish hospitality,” says McPherson, who was born in South Queensferry, a village in southeastern Scotland. She moved to the United States in 2010 and now lives in Davis, California. For characters to populate her plot, McPherson combed through almanacs, books, and newspapers from the 1930s, when her story takes place.

“I’ll look at headshots,” she says. “If the person is looking straight out at the camera, or me, I’ll commune with them and the character starts to grow.”

From fish and chips, yellowing headshots, and details about methods of drying hay in the ’30s, McPherson fashioned the story of an Applecross family whose daughter plans to marry Dandy’s son. The mother of the bride-to-be abruptly announces plans to divorce her husband and disappears. When winter snows melt, her body is found in the garden. A starred review in Kirkus found the book “a sophisticated, elegantly written, intensely powerful mystery, the best of an excellent series.”

And so, McPherson is off to Cramond, a village near Edinburgh, to explore its rocks, trees and tastes for another story.

There’s no treacherous mountain road to navigate in getting there, but there is, McPherson notes, one obstacle.

“There’s an offshore island that is separated from the mainland at high tide,” she notes. “I like the idea of a place that can be cut off.”

Gerald Bartell is a freelance arts writer in Manhattan.