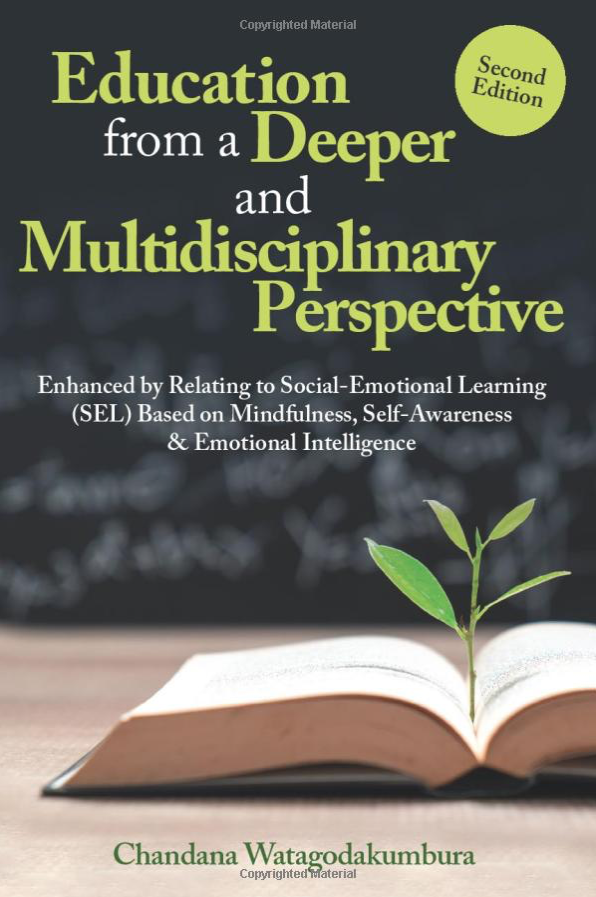 Conventional classrooms have teachers delivering lectures, students fighting to keep their eyes open while they scribble notes, and multiple-choice tests with cut-and-dried questions demanding formulaic answers—all of which students forget once they graduate. Chandana Watagodakumbura thinks there’s a better way. In his Education From a Deeper and Multidisciplinary Perspective, now published in a second edition, he outlines an “authentic education system” that could undo many of the problems—and precepts—of traditional education.

Watagodakumbura, a professor of computer engineering and information technology at Central Queensland University in Melbourne, Australia, first started thinking about educational issues during his last years of high school in Sri Lanka. His classes were heavy on lectures and note taking and light on discussion and reflection. Everything was geared toward highly competitive university entrance exams.

“We had to focus on the exam, not on learning and development,” he recalls. “They can be two different things.” That approach troubled him. “A teacher told me once to study by looking at past exams and practicing the questions there, but I told him it would be better to learn the course material thoroughly and answer the test questions out of my own understanding. The teacher looked shocked and said that’s not how it’s done.”

A later graduate program in education gave Watagodakumbura an expert background from which to develop the ideas in Education From a Deeper and Multidisciplinary Perspective.

As he describes it, “authentic education” aims to provide a deeper, more lasting education focused on acquiring general learning skills alongside specific knowledge. It prioritizes the emotional well-being and social fluency of students and accommodates the learning styles of neurodiverse students who are poorly served by conventional classrooms. Its goal is not just a diploma and a job, but lifelong creative flourishing.

Watagodakumbura bases his thinking on a deep dive into neuroscience and psychology, exploring the ways neural networks reshape themselves as we gain knowledge and how the brain’s architecture influences learning. That’s important for understanding neurodiverse students—a central concern of Watagodakumbura’s. Traditional classrooms, verbal lectures, and quantitative tests cater to what he calls “auditory-sequential” students whose learning is dominated by the brain’s left hemisphere, which specializes in language and computation. That can be baffling to “visual-spatial” students whose thinking is dominated by the brain’s right hemisphere, which specializes in vision, spatial relationships, and big-picture patterns.

“Visual-spatial students are usually quiet and introverted and take more time to answer questions,” Watagodakumbura says, which can sometimes get them stigmatized as learning disabled. They also tend to be creatively gifted, he notes, but “those characteristics are not encouraged in our educational system. Conformity is encouraged ahead of creativity: If you can talk better and faster, that’s considered intelligence.”

Watagodakumbura urges teachers to support that learning style, for example by providing visual learning materials along with verbal and written presentations and by assessing students in ways other than timed multiple-choice tests, which visual-spatial students struggle with. “Because of the internet and YouTube, we are transitioning away from the linear, auditory type of learning and pushing to embrace visual-spatial abilities,” he argues, and education must keep up with that trend.

Watagodakumbura also embraces other cutting-edge educational innovations. “Social-emotional learning is spreading around the world at the primary and secondary level,” he says, referring to a popular initiative to teach students to manage emotional issues that can impede learning—it features lots of steadying self-talk—and to form positive relationships. He also recommends dedicated instruction in critical thinking to impart clarity, precision, and fairness to students’ reasoning. And he advocates cultivating “generic learning attributes,” like the abilities to focus sustained attention on a subject and communicate well with others—the basis of learning any task or job, regardless of the specifics.

Watagodakumbura says he has been applying new techniques in his own classes. One of them is “question-based lecture delivery,” an update of the Socratic method that gets learners to play an active role. Instead of giving a one-sided lecture with the students passively listening, he structures classes around sets of questions that he gives students in advance. Then, in class, students tell him what they think before he tells them what he thinks.

“These are open-ended questions” he notes. “I’m trying to get them to link whatever they know when they enter the classroom to the new content I’m going to introduce.” He and his students like the results. “If I’m delivering a lecture without asking them questions, I don’t know if I’m getting them engaged. But when I get four, five, six of them answering questions, I know I’ve gotten them engaged.” Even better, he chuckles, “they often give very good answers.”

Watagodakumbura’s blend of scholarly erudition, analytic insight, and hands-on experience richly informs Education From a Deeper and Multidisciplinary Perspective, which Kirkus calls “an ambitious and well-argued approach to redesigning the educational environment.” Another hallmark of his writing is his persistent linkage of educational issues to a larger agenda of development, both occupational and social:

When the mainstream education system identifies a learner’s intrinsic individual characteristics, mainly the psychological and neurological ones, it helps individuals and organizations to map them to more suitable career paths….When such mappings take place, individuals will find themselves more at ease and satisfied in their work environments, resulting in increased productivity at the workplace. That is, not only the individuals, but also the organisations and the broader society will benefit.

Warming to this theme, Watagodakumbura speaks passionately about the potential of educational reform. Education should ultimately be about “self-actualization,” he contends, helping everyone to achieve not just basic economic security, but creative fulfillment as well. That in turn will help build a world of tolerance and empathy. “It’s not about the exam, it’s about lifelong learning,” he says. “Learning transformation can lead to economic transformation and social transformation.”