Off the Grid With Chang-rae Lee 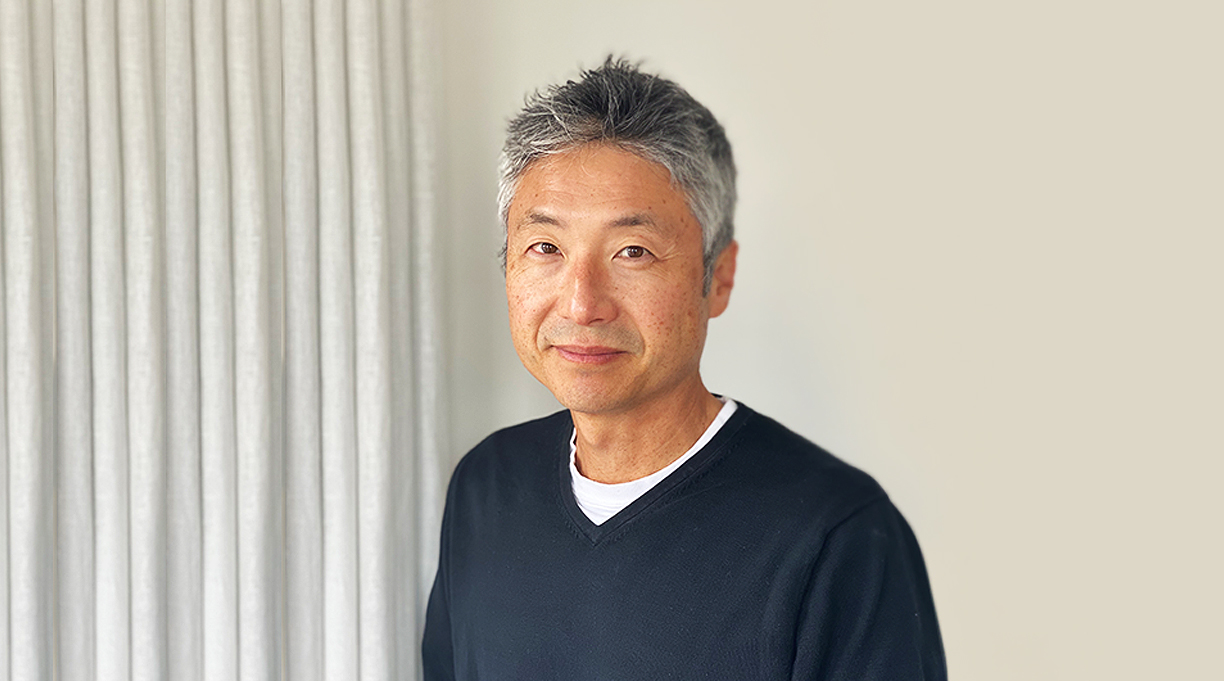 My Year Abroad (Riverhead, Feb. 2) should come with a warning sticker: NOT A TYPICAL CHANG-RAE LEE NOVEL. The sixth book from this PEN/Hemingway Award winner known for his quietly ruminative fiction marks a dramatic break with his usual style. The picaresque story is narrated by Tiller, a New Jersey college student who is one-eighth Asian and who, as the story begins, is living in a nondescript suburb with Val, an older woman in the witness protection program, and her 8-year-old son. Over the course of the novel, Tiller recalls his friendship with charismatic Chinese immigrant entrepreneur Pong Lou—a friendship that found him forgoing his semester abroad to follow this mentor to Macau and Shenzen, where he receives an education of a very different sort—and not always a pleasant one. The book is wildly carnal; full of food, drink, opium, vomit, and some kinky sex thrown in for good measure. How did Lee come to write this most uncharacteristic novel? He explained to us over Zoom from his home in Palo Alto, California; the conversation has been edited for length and clarity.

I was not expecting this book from you.

You know, when I started writing, I really did feel that it was going to be shockingly different, especially for readers who knew my other work. And at the same time, I felt that I needed to do it, emotionally, just because of where I was at. I did feel like I was doing something reckless.

Not unlike Tiller himself, who recklessly follows Pong into the unknown. So you set out to write music in this different key?

I just wanted to break out in a way that I’ve been feeling for a while. I was channeling my inner eighth grader, trying to be just kind of out of control, a little nasty, a little reckless, a babe in the woods. I started with the character of Pong, who is not any of those things. Originally, I thought I’d have Pong tell his story or it would be a third-person story about Pong. But this other key coursed through me, and I decided I needed somebody else to tell this story. And that’s how I found Tiller.

I can see why you wanted to write about Pong. He’s such a memorable character—born in China, experiencing terrible deprivations there, and transforming into an extraordinary immigrant striver in America.

He’s loosely based upon a friend of mine. Our daughters were friends. We were more acquaintances than best buddies, and we’d sometimes have a drink while the kids were together. Snippets of stories would come out about all the things that had happened in his life—one of which did include his father’s experience during the Cultural Revolution. And then also all the small-bore entrepreneurial things that he had going on the side. This is not some oligarch, some billionaire; he’s just a small-time guy who has big-time exuberance. I’m an immigrant kid, but when I met this guy I realized I don’t have that same kind of energy, that same sense of the world as being totally open and possible. That’s something I admired and kind of long for but that I, as a settled, post-immigrant son, just don’t have anymore. And maybe that’s also why Tiller comes to me more easily So much of my yearning for that energy is what I tried to figure out in Tiller.

Does Tiller’s journey fit into the tradition of fiction about innocent Americans abroad?

This book has so many of my favorite kinds of traditions in it: the picaresque novel, the innocents abroad novel, the adventure novel. Everything from The Adventures of Augie March to Don Quixote to Daisy Miller. Even a book like My Ántonia, which is a certain kind of immigrant novel. It’s told, if you recall, by a neighbor who meets Ántonia, and it’s about a relationship, not mentorship so much, but the presence of someone that changes the course of that life, at least psychically. It’s The Great Gatsby as well. Also Siddhartha.

It was interesting that you made Tiller one-eighth Asian. Why such a specific fraction?

Originally, he was just this Asian kid who lives in this suburb. But I thought that would make it seem like this was a novel about someone who was Asian, and I knew that this book wasn’t about that, although there are many parts in the beginning where he talks about his background. But he isn’t just your typical, normative White kid in the suburbs, either. He’s someone who is set aside a little bit from everything, from his family, from his community. He doesn’t quite belong anywhere, although he passes very well everywhere. Everyone picks up on something a little different about him. Almost the same, just an isotope of that element.

This is probably your most carnal novel.

There’s something about going out in the world—that experience—that is ultimately corporeal. This could not be a book that was just cerebral. Or just lingual. I hope there’s a lot of lingual energy, but I didn’t want it to stay there. I wanted it at some point to be boiled down to: I’m this hunk of flesh. Without that, I don’t know, it just feels too virtual to me. Maybe that’s me, still being a fairly analog guy. I like the scratch of the diamond stylus on the LP. It bugs me, but I like it, because it tickles. That’s how I make sense of my day-to-day living. I don’t consider myself an intellectual, not really. I think all day, but I make sense of the hours by doing the things people have been doing for millennia. In this book, I wanted to pay attention to that.

Was the title always going to be My Year Abroad?

It came about pretty early, although it was just a working title. I remember telling a friend of mine, I think it’s called My Year Abroad. He said, “God, that sounds so dull.” [Laughs.] And I said, “It is kind of dull, but I hope that just belies what’s really going on. I’ll try to make it as not dull as possible.”

Few people have a year abroad as colorful as Tiller’s.

Well, you know, it probably has more appeal now, because that’s what we would all love. I mean, we’ve had a year at home basically, a year of anything but abroad. And wouldn’t you be willing to take a risk and do things a little bit more crazily now than before?

Absolutely. Did you have a year abroad?

You know, I didn’t. It’s one of the great regrets of my life. I had a year abroad set up at Cambridge, my junior year, at Queens’ College. And for some reason, I said no. I don’t know why. Maybe I had a girlfriend or something. [Sighs.] I think to myself, Gosh, my whole life would have been different had I done that. I’ve taken long trips when I was younger. I backpacked through Europe for a little bit. But yeah, I should have done it. Cambridge, of course, would not have been Macau.

Well, now you’ve gotten to do it with Tiller, in a fictional sense.