We Talk to the Author of BENNINGTON GIRLS ARE EASY 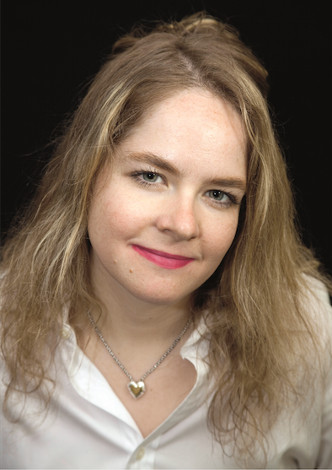 If it’s true that novelists possess a predestinating, God-like power over their characters, they must also admit it and not disguise their power with artificial compassion, which would be an act of bad faith. Charlotte Silver knows something about such mastery. In Bennington Girls Are Easy, the mischievous novelist isn’t afraid to cast a cold eye and mock the ridiculousness of young people today.

Silver arrived in 2012 with a memoir, Charlotte au Chocolate—a wistful autobiography of her upbringing in Harvard’s oldest social club, the Hasty Pudding Club. Silver writes what she knows. Bennington Girls Are Easy is a zippy but powerful story about two recent Bennington College grads, Cassandra Puffin and Sylvie Furst, who are determined to make it in the Big Apple. A Bennington alum who spent her ‘20s building a writing career in New York, the author professes to know the struggles of a metropolitan lifestyle and relies much on her own experience to achieve authenticity in her writing. Much like Sylvie and Cassandra, Silver knows too well “the pixie dust of Manhattan” and “how bitter it was to be on the bottom end of the totem pole in New York City—at the receiving end of the whims and patronage of those more fortunate than you,” as she writes in Bennington Girls Are Easy.

Speaking about her cast of female protagonists, the young novelist becomes nearly tongue-in-cheek. Silver insists that her readers take the novel lightly, as “a really satisfying melodrama about young women in New York.” The theme of the novel is much inspired by earlier women’s fiction, including Mary Gaitskill’s Bad Behavior and Rona Jaffe’s The Best of Everything. “It’s a book about some bad decisions,” the author laughs heartily, “about being young in New York.” The youth Silver writes of both blossoms and withers and her characters have yet to find the balance between the two.

Influenced by Honoré de Balzac and Muriel Spark, Silver employs the classic omniscient narrator, a passionate observer who is prone to judging—sometimes ruthlessly. “I sometimes feel like we’re all living in a Balzac novel. Speaking of the third person narrator, no one is better at it than Balzac and he can be very nasty,” she says. What keeps her fiction riveting are those eternal debates over her morally dubious set of characters. The girls aren’t likable; they’re not even sympathetic in the way a traditional, flawed character would be. Silver repetitively uses some of the most notorious stereotypes about well-heeled girls who seek a progressive education: the Bennington girls are famous for their “ruinously expensive education,” their “clothing optional” campus, their “sex-positive” lifestyle, and most of all, their lust for drama (“the Bennington female, Orpheus thought: Desire and drama incarnate.”). The only way we can know her characters, the author seems to say, is via archetypes. The title of the novel only grows more layered as one reads deeper.

Despite ignorance of their own imperfections, these girls are each other’s unavoidable mirror and worst critic. As time goes on, Sylvie and Cassandra gradually drift apart. While Cassandra remains for the most part a romantic, Sylvie is disillusioned with the idealism of her liberal arts education. The things she once considered most sacred—arts and literature—are no longer important. “Sylvie has come a long way since college, and she no longer believed in art. It wasn’t sacred anymore. Nothing was. Money, maybe,” Silver writes. “Yes, money to Sylvie was starting to feel sacred.” Bills and checks play an important role in creating the novel’s tension. “Actually, the alternate title that I had for this novel was Cash Only,” the author divulges. “Everything in New York is ‘cash only,’ you know.”

For Silver, a young adult’s coming-of-age doesn’t always promise a fairy tale ending. “I think sometimes in real life things get worse and worse and worse,” she says. “I see this book as a black comedy and the plot therefore follows a kind of delirious downward spiral. They’ve lost things and they’ve learnt things and they’re comparatively hardened.”

By creating highly stylized characters and putting them in self-enclosed, intrigue-ridden, dire situations to see what nasty fates befall them, Silver purposely destroys her narrator’s credibility. She nudges readers out of the illusion that we are experiencing a reality and into reflection about the world she’s created. “I believe the conceit of [the novel] is a very pleasurable reading experience,” she says. “But I don’t think just because something is humorous and satirical, it can’t also be plausible. A playful, satiric voice can sometimes address and get at things that are very real.”

Mai Tran is a student at Bennington College studying literature and social sciences.