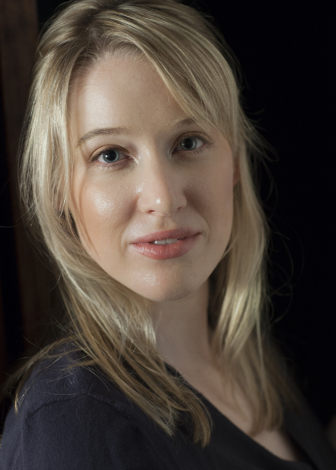 Chloe Benjamin, like many writers, has always had vivid dreams. “I’ve always been fascinated by them both as this incredible instinct toward narrative in the brain, but also as something that can be very embarrassing and revealing and something over which we have no control,” Benjamin says. “They kind of show us who we are, and in the morning you’re left to kind of grapple with them and pick up the pieces, and I was very interested in that.”

That interest eventually became Benjamin’s first novel, The Anatomy of Dreams. In deft, tender-but-not-sentimental prose, Benjamin follows her protagonist Sylvie Patterson from a boarding school in northern California to the New England coast to the Midwest along a journey influenced and shaped—in ways even Sylvie doesn’t understand—by an enigmatic headmaster and medical researcher, and by Sylvie’s first love. Benjamin’s novel envelops like a dream, but also provides a much more complete, satisfying story than a dream can.

Though it tackles the subconscious and often feels almost speculative, Benjamin’s novel ultimately remains rooted in straight realism. And this, Benjamin says, was a conscious choice: “I love talking about that because readers love it or hate it,” she says. “Some of them come to the book expecting it to make that leap [toward sci-fi or speculative fiction] and it doesn't. I really wanted to challenge myself to write something that felt wild and surprising but was also very possible because the human inner mind is wild and surprising, so I don't think you need to push it any more than that.”

The first draft, however, did become more speculative, Benjamin says. “Reining it in happened organically with me and my editor; both of us ultimately felt the book asks the reader to take a lot of leaps in belief, suspend a lot of disbelief, and I didn't want to alienate a reader if I didn't have to.”

In order to establish that realism, Benjamin did a lot of research into current and past research on dreams. “I did make up the idea of using lucid dreaming to treat parasomnias,” a type of sleep disorder that features abnormal movements and behaviors. “But I was able to piggy-back on existing research, like the use of LEDs to see if patients are aware of the fact that they're dreaming,” Benjamin explains. The book also feels grounded by its

Fascinated as she was by the research, Benjamin admits it was also the hardest part of the book: “I had to make sure that it fit into some realm of possibility while also feeling like I was putting enough invention into it so that I wasn't ripping anybody off.” Benjamin looked into the books of contemporary dream researchers like Stephen LaBerge, but also refreshed herself on Freudian and Jungian dream therapy. “Their ideas are so much a part of the way we think about the dreaming mind,” Benjamin says. “And I wanted to explore the way dreams were viewed over time.”

The book is also a mystery, and without revealing its surprise, Benjamin explains that its chronology was critical to the revelation of its mystery. “I knew I wanted it to jump around [chronologically] because that's really inherent to the revelation of the mystery, but also kind of mirroring the dream life, waking life dichotomy, where you're flipping back and forth.”

Along the way, Benjamin wrote toward the mystery: “I tend to know sort of the beginning and the end and then I have to work my way there.”

Though Benjamin says she’s superstitious about talking about new work, she does reveal that her next book will be linear, and very different: “I'm researching a bunch of really disparate things like divination and sex work in 1980s San Francisco,” she says with a laugh. “My Google searches are probably even wackier than they were for the first book.”

Jaime Netzer is a fiction writer living in Austin. Her stories have been published in Parcel, Human Parts and Twelve Stories and are forthcoming in Black Warrior Review. Find her on Twitter.