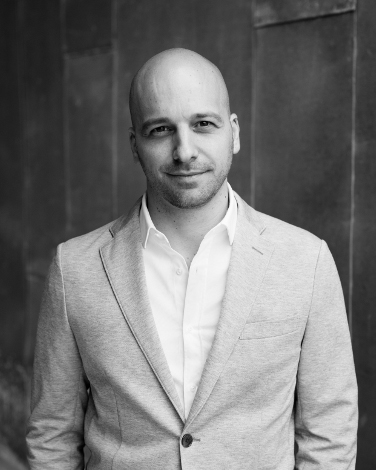 Twenty years ago, Christopher Castellani made his first attempt at telling the story of Tennessee Williams and his longtime lover Frank Merlo. “It had energy and heart,” he says, “but it didn't really work as a story.” So he set it aside, moving on to write three critically acclaimed novels and a collection of essays in the intervening years. And yet he couldn’t stop thinking about the relationship between one of the greatest playwrights of the 20th century and a working-class truck driver from Jersey. He kept up his research and he read and re-read Williams’ plays, notebooks, and letters, until finally the missing pieces fell into place and he felt that he was ready to return to the unlikely couple.

In Leading Men, chance brings three duos together at a party thrown by Truman Capote in 1953 Portofino, Italy, while a seemingly innocuous dogfight ensures their lives remain intertwined for decades to come. The party was real, and Tennessee Williams and Frank Merlo were invited, but there’s no record indicating whether the couple actually attended. “There’s a week missing in [Williams’] journal,” Castellani explains, which allowed him to imagine what could have happened if they had accepted. Might they have met the author John Horne Burns and his local lover Sandro Nencini there, so shortly before the former’s untimely death? Perhaps they’d met the Swedish mother and daughter whom, Capote so salaciously related, were sleeping with the same fisherman? In a daring feat of speculative fiction, Castellani traces such possibilities with tenderness and wit. “I did as much research as I possibly could to ensure that nothing in this book is impossible; everything in this book could have happened, it just didn't necessarily happen.”

A lifelong fan of Williams’ work, Castellani was immediately, irrevocably struck by the enigma of Frank Merlo. “At the time I came across Frank, I thought of Williams as an uber intellectual artist,” he says, “and I thought, How did these people come together? And what kept them together?”

In Castellani’s eyes, and thanks to years of research, Merlo was essential for Williams’ success. “Williams wrote his best work when he was with Frank,” he explains. “After Frank died, he had no truly great works.” But their relationship wasn’t what one might expect of such a celebrated writer. “Frank was not an artistic muse. He was the person who ironed the shirts and booked the tickets and held Tenn at night when he was having panic attacks. But that type of relationship has a cost,” Castellani says. “You don’t just serve another person in a relationship and find that satisfying. I wanted to explore the cost of being in that type of relationship.”

This time, however, as opposed to his first aborted attempt to capture their relationship, Castellani widened his scope to offer an exploration in contrasts. Stumbling across the existence of the American writer John Horne Burns—“another gay author in Italy at the time”—provided an opportunity to contrast Merlo’s relationship to Williams with that of Sandro Nencini to Burns. And then there was Truman Capote and Jack Dunphy. In each case, the dynamics were different; the needs and services rendered varied from forcing medicine down throats to making hamburgers in the middle of the night, but there was a clear dependency in all three relationships.

Castellani is clear that Leading Men is not meant to be a biography of Frank Merlo. He very intentionally steered clear of second-hand accounts of Merlo, opting not to seek out relations and instead allow the character to emerge from the letters and notebooks of Williams, Merlo, and their contemporaries.

But he does want readers to know about Merlo. “When great art is made,” Castellani says, “it’s not just because of the genius. I want people to think about these relationships, about the man behind the man, or the woman, or the child. There’s always someone behind the artist allowing for that art to flourish. Frank was the leading man in Williams’ life, but he's essentially been cut from most of the conversations around Williams. I would love people to, at the very least, know who he was.”

James is a writer based in Tel Aviv.