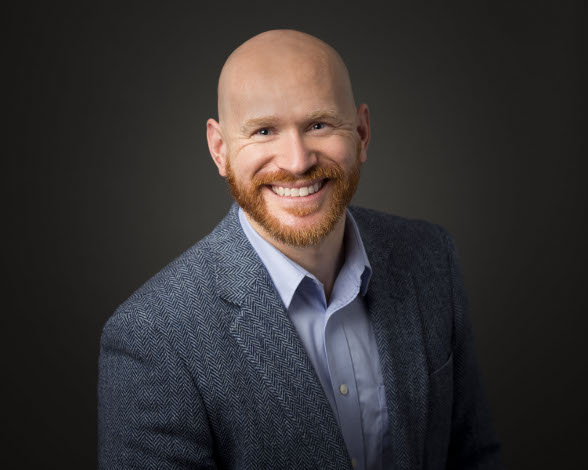 While working as a journalist in Central Oregon, Christopher Stollar stumbled on rumors of a sex trafficking ring at a local truck stop. Although his investigation led to nothing concrete, he remained haunted by the grim reality of modern-day slavery in America. He delved into the subject and, three years later, turned his research into the dark thriller The Black Lens. This self-published debut earned grand prize in the 2016 Writer's Digest Self-Published Book Awards and beat out more than 1,900 other books in the Book Pipeline competition. That exposure and Stollar’s dedication (he has pledged to donate 10 percent of all earnings to organizations combating sex trafficking) have led to an option for an indie film from Stollar’s adaptation of the novel. He spoke with us about crafting such a story, trying to use it for good, and using self-publishing to get it in front of readers.

What drew you to write The Black Lens?

I wrote this book because I wanted to tell a compelling story that also sheds light on the dark underworld of human trafficking. The more I learned about modern slavery, the more I wanted to fight it. And as a writer, I knew that words were my best weapon. They would help me give a voice to the victims I interviewed.

Could you tell me a little about your research process?

I conducted over a dozen interviews with survivors, social workers, and police officers, asking them about 50 questions. I also did an eight-hour ride-along with an officer during the day and several ride-alongs at night with social workers who delivered gift bags to victims on the street. I did that because I wanted to ground this book in reality.

What made you decide that a thriller was the best approach to this story?

The crime-thriller genre made the most sense to me because at its core, sex trafficking is a crime that impacts millions of people. I also thought this genre would be a powerful way of introducing the concept to readers as a story on an emotional level rather than writing a nonfiction book that regurgitates hard facts about this crime.

What makes The Black Lens stand out from other thrillers?

I realized that many nonfiction books about trafficking already existed. But good novels were lacking, especially in the thriller genre. The few works of fiction that did address the topic took place mostly overseas or in major U.S. cities like New York—not rural America. So I realized that my book would meet a unique need in the marketplace while also telling a thrilling story that keeps readers turning the pages.

What made self-publishing a good fit for The Black Lens?

I liked the entrepreneurial challenge of both telling a great story and creating a high-quality product that would meet a unique need in the marketplace. I decided to launch a Kickstarter campaign to fund the cost of self-publishing the book through Boyle & Dalton. That proved to me there was a strong desire for my story and product, regardless of the form of publishing. And it gave me the confidence I needed to go through the rigorous developmental editing of Columbus Publishing Lab prior to publishing by Boyle & Dalton.

What are your plans for your next project?

I just finished a draft of my second novel, The Girl from Level 10. Those who read The Black Lens will recognize similar themes woven throughout, but this is a very different story. Like Westworld and Ready Player One, my dystopian science-fiction thriller explores the dark side of technology in the near future (in Columbus, Ohio, to be exact).