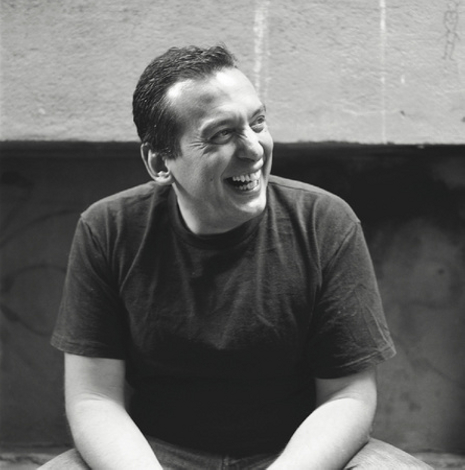 What constitutes success? What defines failure? In the world of sports, such questions are answered by statistics: by the number of medals won, prize purses taken, knockouts delivered, runs batted in.

But underlying those statistics are other measures of success: Is the putative winner happy? Has victory on the field translated into good things in other arenas? Christos Tsiolkas’ new novel Barracuda grapples with just those big questions—and, along the way, looks searchingly into life in the have-and-have-not society that is modern Australia.

The novel’s title character, a champion swimmer sometimes known as Dan and sometimes as Danny but always a sharklike competitor in the water, is an aspiring young man of, as it’s said, humble origins. He has shaped himself into a golden boy in the pool, a fierce rival who will not quit. But Dan Kelly is less winning in life, and as the years stretch out and he finds himself far from the sunny Antipodes, he learns, as so many athletes have, that the glory to which he has become accustomed is fleeting. And that’s just the beginning of Dan/Danny’s journey of self-discovery.

Getting to that story, Tsiolkas tells Kirkus Reviews, was a bit of a marathon of its own. “I first heard Danny Kelly’s voice,” he says. “It was the voice of a determined and disciplined athlete but also that of a highly charged and angry young man. The rhythms of his speech, his tone, his suspicion of words and language, all of that came very quickly.”

But the story—well, that was another matter, and it hinged, in the way of a good existential puzzle, on the particulars of the author’s own life. After 20 years of writing and the tremendous commercial and critical success of his 2008 novel The Slap, that is to say, Tsiolkas found himself pondering the meaning of success in what, after all, is a lonely and marginal pursuit. Rather than write a self-reflexive story, a roman à clef, however, Tsiolkas decided that sports was the right setting in which to entertain the constant self-doubt of the self-aware achiever, the little voice that whispers, “You’re just not that good.”

“Once I started thinking of making my character an athlete,” says Tsiolkas, “I knew I had the beginning of a story, a story that could address questions of class, family, and belonging, but in a context that could be understood by most people.” Even so, it was something of a dare to make the athlete in question a swimmer, and especially one so fundamentally inarticulate as Danny, who “lives inside his body.”

Tsiolkas invests Danny with dawning self-knowledge, though he admits to having had to make a leap in imagining what Danny must be feeling and thinking as he cuts through the water on the way to another medal. “I love swimming,” Tsiolkas says, “but I was never a good enough athlete to be like Danny. I lacked the fearlessness that I think is essential if you wish to be a genuine competitor.” That said, Tsiolkas takes time whenever he can to get into the water—and, speaking of fearlessness, not just any water, but the shark-rich open water off the Australian coast, where all kinds of things can happen.

Just so, as Barracuda tells us, not all is paradisiacal in Australia, despite the boom of the last two decades. With wealth, Tsiolkas warns, has come a dangerous disconnection, a sense that all of life is a sharky, Hobbesian competition. Danny’s travails point to that conclusion, for burdened as he is with trying to find a voice and language for all that he is experiencing, he is also fully aware that he’s won a lottery of sorts simply by being born into the First World and Australia, privileged to move in the world out of desire and not out of exigency. As a friend remarks to him, “We’re lucky here, Danny, this country just sails on, impervious to the shit that the rest of the world is drowning in. Jesus, no wonder any bastard who gets on a boat wants to come here.”

The immigrant society that Tsiolkas himself knew is changing, as the politics of the country, and indeed of the world, becomes ever harsher, ever crueler. The Australian Dream, he suggests, is becoming ever less attainable, a gloomy sentiment that will not be lost on his American readers.

“When I was growing up we didn’t talk about the world in terms of winners and losers,” he says. “That was only the vocabulary of the sports arena. But increasingly, in Australia, we are extending that language outside sports, and I think that is dangerous.”