An Interview with Chuck Augello 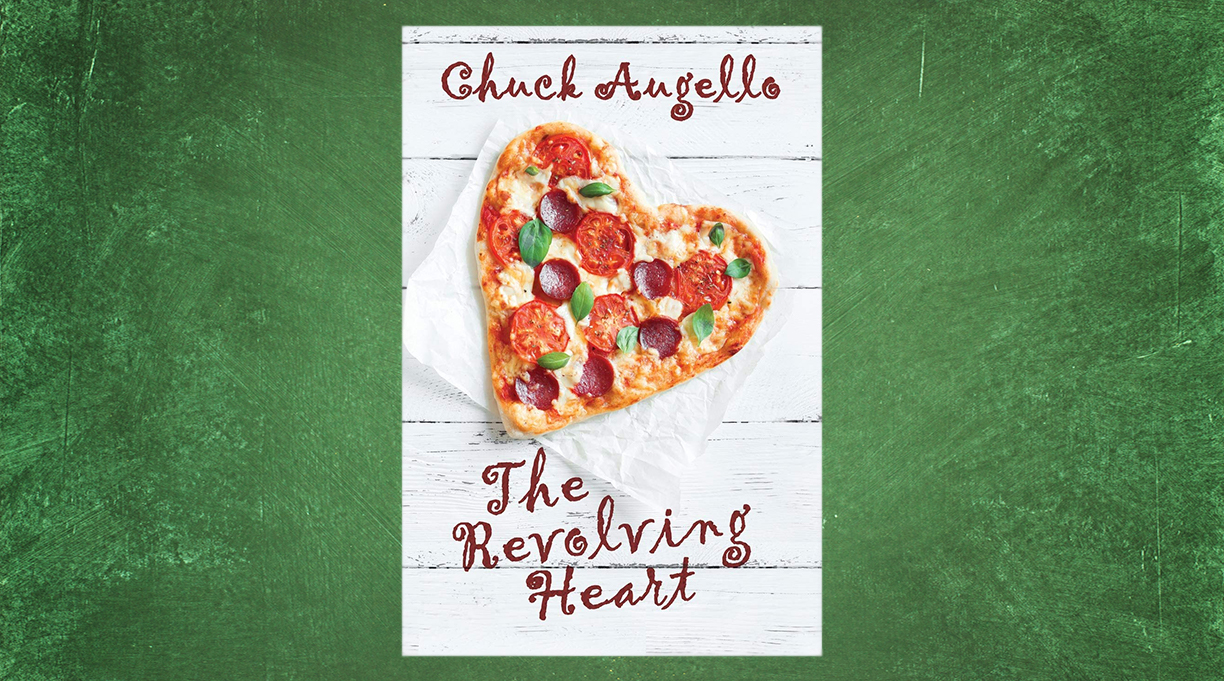 The setting of Chuck Augello’s novel The Revolving Heart is in part a tribute to his home state. “Having lived in New Jersey,” he says, he can name books set in the state by earlier generations of writers but fewer recent titles. “I wanted to set something contemporary in that setting. I thought it deserved it.”

The book’s Jersey Shore setting is fundamental to the disappearance that drives its plot: A child at the beach with her two teenage babysitters vanishes and is presumed drowned. Decades later, the teens, now an unsuccessful playwright and a single mother, are still grappling with guilt and forgiveness, looking for answers, and trying to move on.

“In tone and in pacing, it would be a good book you could read at the beach,” Augello says, though he is quick to point out that the novel is not a thriller but a story about “forgiving yourself and…others.” Donnie, the playwright, brings his girlfriend Kelly to his New Jersey hometown, where he reluctantly reconnects with friends and family he hasn’t seen in years, including Amy, his former partner in babysitting.

When Uncle Dan wanted your attention, he talked about the war, his eighteen months in country like a badge requiring you to listen, since whatever wisdom he needed to impart was hard-earned and battle tested. He talked about his service so much, when I was a little kid I thought Vietnam was somewhere in New Jersey, a rotten neighborhood filled with bullies, giant bugs, and bad pizza. I’d get scared thinking about my uncle getting shot, and the few times we left Holman Beach and went for a ride I’d whisper a secret prayer that we didn’t end up in Vietnam.

Augello, whose day job is in the insurance industry, spent about seven years writing The Revolving Heart, working on it mostly in the early morning. “When everyone else is asleep, I get up,” he says, noting that he found himself following the same schedule even during a period when he was not working. “That’s when my energy and skill is at its best.”

The writing process also involves a lot of mental editing and thinking Augello does while taking his dog—who “could probably be a character out of a Charles Dickens novel”—on her daily walks. He credits those times with providing the inspiration for The Revolving Heart. “It came to me with a sentence that did not end up in the novel,” he says: “When Sarah Carpenter disappeared in the summer of 1995, I was seventeen and waiting for my chance to disappear too.”

The book’s opening line changed over the course of revisions, as did its conclusion. “The ending changed many, many times,” Augello says. The tone also changed, as he moved from his initial comedic approach to the final form, which treats the characters far more seriously (though a biting humor still pops up throughout the narrative, surprising the reader with its insights). Augello credits David Payne, one of his MFA instructors, with helping him adjust his narrative voice. “There’s a fine line between knowing what works and what doesn’t, and you want to hit that line,” he says.

Augello began his MFA studies in 2010, several years after he started to write seriously, but he traces his writing habit back to his childhood. “When I was young, I created something called the Scribble Newspaper,” he says. He persuaded his mother to subscribe, but there was a challenge: “I was the only one who could read it, so I was the translator too.”

Later, Augello briefly considered going into screenwriting but decided to pursue a different career path. He wrote stories for his nieces and others that he shared with friends. “People who read them would find them enjoyable,” he says, which he considered an “informal success.” His story “Cool City” appeared in One Story in 2014, which “gave me a little boost of confidence,” he says.

Although Augello says that “creating a conversational voice is something I can do well,” he also admits to “not having much confidence in myself as a writer of prose,” so he was particularly pleased to see Kirkus Reviews write that “the prose style is first-rate, featuring hints of Douglas Coupland and Philip Roth, cut through with the flavor of Beat Generation narratives.” “I work on it very much,” he says. “A lot of it comes naturally, but there’s a lot of craft involved in knowing what to pull back and what to keep.”

Augello’s writing style is influenced by his reading, and he cites John Irving’s The World According to Garp as a favorite book and one that defines him. “I read that when I was a sophomore in high school,” he says, his first foray into literary fiction after growing up on mysteries and horror novels. “I wouldn’t say that it changed my life, but it opened my eyes to a whole new experience of reading.” He continues to enjoy literary fiction and says that Richard Russo is another author who “gets me inspired about reading.”

When he takes a break from reading, Augello continues to work on new projects. He recently finished a short story collection, The Inexplicable Grey Space We Call Love, and he has a second novel in progress. “Here’s the premise: A struggling independent filmmaker tries to reconcile with his estranged father, a failed Hollywood actor, while enmeshed in the animal liberation movement of the late 1990s.”