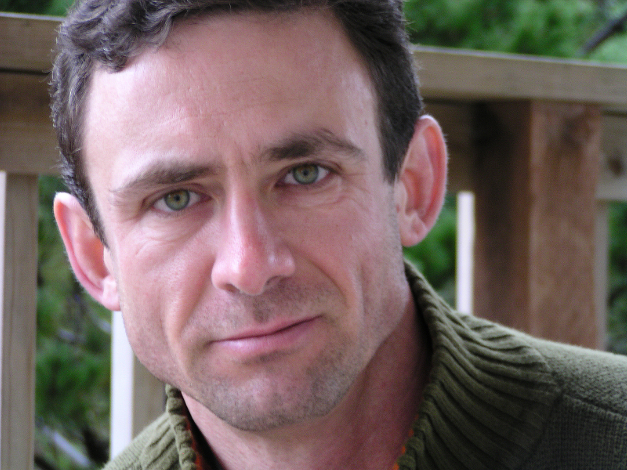 Chuck Palahniuk is generous with his time. Palahniuk did for literary fiction in the ’90s what Iggy and The Stooges did for rock-n-roll (a type of rock that would later be dubbed punk) in the late ’60s and early ’70s: sped it up and made it more powerful and gutsy. The new short story collection Burnt Tongues that he has co-edited with Richard Thomas and Dennis Widmyer is one of the fruits of that generosity; there are 20 transgressive stories as filtered through Palahniuk’s sensibility and experience. He workshopped every single one of the stories, providing editorial notes and guidance to their authors.

The genesis of Burnt Tongues begins with The Cult website, Palahniuk’s official fansite created by Widmyer. In an effort to redirect the unjustified attention Palahniuk felt he was receiving due to the site’s popularity, he steered this attention to the craft of writing. Palahniuk began to compile all of the writing lessons he had learned in Tom Spanbauer’s workshop, and about writing in general over the years, and began to post these rules accompanied by short essays explaining the rules. As a teacher, Palahniuk wanted to see the rules being applied and stories started rolling in. But it wasn’t until a few years ago that a selection process got under way and Burnt Tongues began to take shape. What emerged is a collection that has a DIY feel and literary zine aesthetic not unlike the punk ethos of Palahniuk’s early days as a writer. He took a moment to speak to me about Burnt Tongues, the short story and his artistic aesthetic.

How would you describe Burnt Tongues?

It’s experimental work based on rules that I learned from Tom Spanbauer that I’ve been trying to teach through LitReactor online. People kind of applying those rules and...using them. On another level, it’s people trying to do transgressive fiction. Fiction that is really kind of shocking or challenging....

Why is the medium of the short story so important?

On a teaching level, it establishes some boundaries and it kind of forces the student to really focus on making something happen within a limited number of pages. Because otherwise, the beginning writer could just keep writing and writing and making the same mistakes for hundreds of pages. So at least the short story kind of keeps them focused. And on another level, it’s a great way to teach because when you read beautiful, incredible short stories by writers you admire you can kind of analyze them and unpack them and see how they work. You can dissect them, take them apart, much more easily than you could a novel. And, especially where I learned to write, Tom Spanbauer’s workshop, you could present a short story out loud in 10 to 20 minutes and you could get the unfiltered feedback of people’s emotional reaction to it. So it worked as a performance piece. You found out instantly, whether or not it was effective at evoking a reaction or whether it was just boring.

What type of impact has working in the medium had on your career and your trajectory?

So many, especially my early books, were written as a series of stand-alone short stories. Fight Club was. It started out as maybe eight or 12 stories, and I just had to find kind of a way to bridge between the stories. And, by then as stories, I was able to have a sense of ongoing completion week-by-week even though I was working full-time. I didn’t have to keep a whole unfinished equation of a novel in my head. I had this sense of completion and rest between each story. And then it turned into a mass, a certain number of pages, before it started to feel more like a novel and less like a story collection....And on another level, my kind of artistic aesthetic was formed during the era of punk. And recently I heard Billy Idol talk about punk music. And he said, “It’s all kind of the same because the songs started kind of at full tempo and they went for two-and-a-half minutes and then they ended very abruptly.” And so I found that so many of my short stories start out at full speed, they run for nine pages and then they drop off a cliff. And so I think that short stories serve that punk aesthetic.

You write in the introduction that Bret Easton Ellis' The Informers really had an impact on you, and beyond the taste you hope Burnt Tongues leaves in people’s mouths (no pun intended), what kind of impact are you hoping the anthology will have on young readers and aspiring writers?

Maybe...to those who have no idea of what a story is, to demonstrate a way of telling stories instead of a kind of a third person omniscient traditional method. Maybe telling stories that are a little more raw, which is something that I love about Jesus’ Son…that there are moments of fantastic uncensored rawness in those stories. And that stays with you and it has things that I can still remember and I can still quote. And showing readers, and maybe possible writers, that stories have a greater freedom than they typically give them.