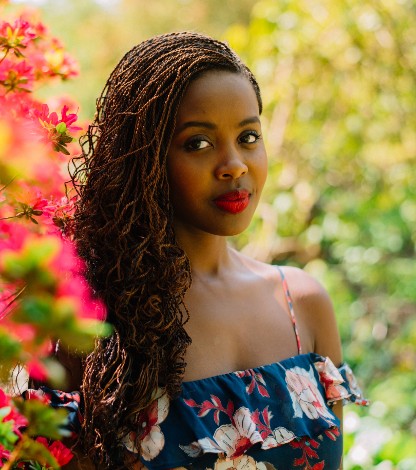 When she was a young girl growing up in the multiethnic central African nation of Rwanda, Clemantine Wamariya recalls, her parents were in the habit of opening their door to any guest. Nicknamed Cassette for her curiosity—she calls herself a “precocious snoop”—she tells Kirkus Reviews that her mother and father “consciously celebrated their differences while being curious about those differences,” while she learned about the different ways of her neighbors.

But then came 1994 and a murderous explosion of ethnic hatred that sent Clemantine and her older sister, Claire, on a long path of exile, a six-year odyssey as refugees through seven African nations. “I remember feeling that I had no words for the things I was seeing,” Clemantine says. “Later, I had to dig for them in order to describe what was happening to me. And then, when I looked back on it, I realized that despite all my experiences, I really knew very little about the world. But I learned.”

Clemantine and Claire eventually arrived as sponsored refugees in the United States. Clemantine spent her teenage years in Chicago, excelled in school, went to Yale. She moved to San Francisco, whose hills, she recalls, “looked like Rwanda,” and there the words began to come. “I couldn’t hold the story inside me,” Clemantine tells. She found another neighbor, San Francisco–based New York Times writer Elizabeth Weil. “For six months, every single day, we spent time together having a conversation,” says Clemantine, “and then we put a story together. At first we wrote a long article, and people who read it said they wanted more. So we continued, working for another two years, shaping a book about what I experienced and what I feel. Writing the book helped me make sense out of chaos.”

That book is The Girl Who Smiled Beads, a story that recounts Clemantine’s coming of age while in that long flight, which began when she was only six years old. The travails she endured, including the constant fear that Claire would abandon her, as so many families disintegrated under stress, made her fearful—and then, in time, hardened, cynical. “I thought I could fool people into thinking that I was not profoundly bruised,” she writes. But she was, a victim of trauma for whom it took years to understand what had happened to her—and then, she says, to develop the energy and discipline required to remember, and then to tell the story.

That story, in the end, is one not just of violence, trauma, and fear, but also of immigrant success on a path with waypoints that include not just internment in a Malawian camp but also a televised conversation with Oprah Winfrey. Hardworking, thoughtful, and profoundly joyful, Clemantine Wamariya speaks to all the reasons why America should never close its doors to the world outside.

But asked what she might tell her fellow Americans about the refugee experience in a time of rising walls and closing doors, Clemantine responds, “Here in America we get to vote every single day with our minds and speak out every day with our voices. Those are the values of our country. But we must remember that our American brain is made of many lives, and we must use it right. We can make a home for people seeking refuge. We can welcome them and not be afraid. We can teach children to be kind, and to imagine something other than fear.”

In her native Rwanda, the story is still unfolding. A quarter-century after a wave of ethnic killing sparked by fear and mistrust of the other and their differences swept over the nation, people are still learning to heal. “They have nothing but loss,” Clemantine says. “But every day they mend with each other. Every day they clean the streets and wash windows together. If Rwanda can do that, then America can do it, too.”