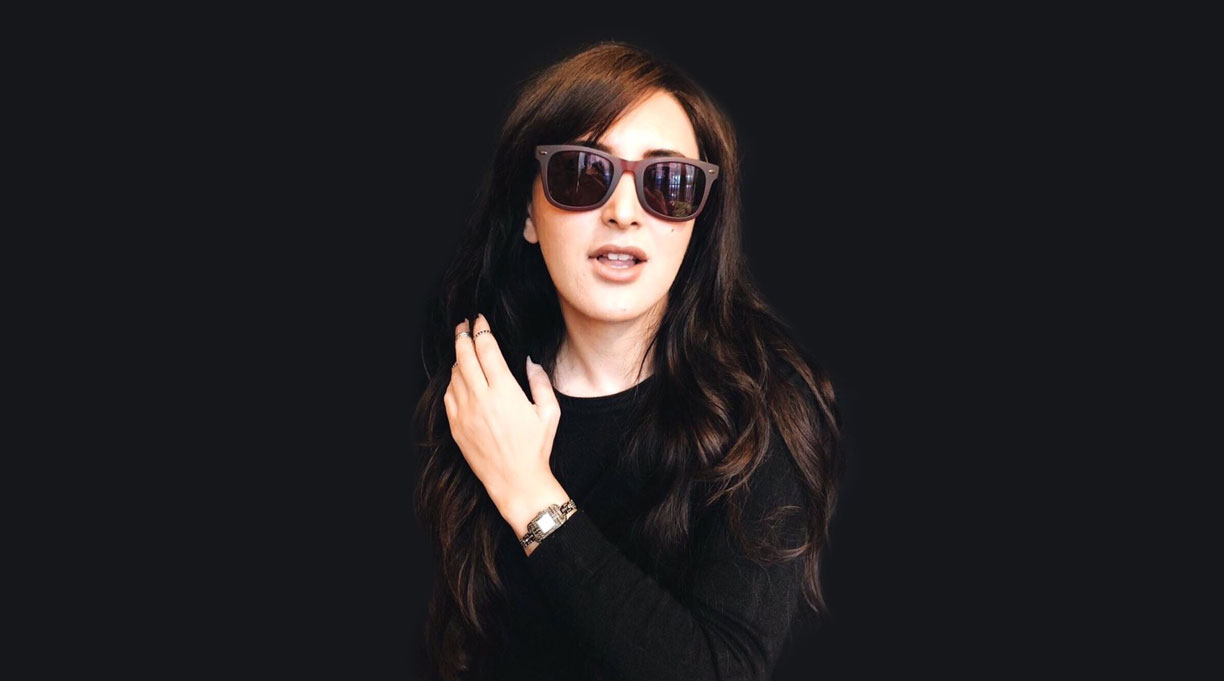 The first volume in London Shah’s debut YA series, The Light at the Bottom of the World (Disney-Hyperion, Oct. 29), is an adventure set in a near-future world where a cataclysmic asteroid has caused the oceans to rise and cover civilization. When 16-year-old Leyla McQueen wins a spot in a submersible race through underwater London, she hopes to win and use the prize to free her imprisoned father. But the government doesn’t want to let him go, and Leyla must learn what secrets her leaders are hiding in the deep. Shah, who lives in London, recently answered our questions about the book.

The novel opens with the London Marathon, a thrilling submersible race through a sunken city. How did you figure out how a major modern city like London would function underwater?

[I analyzed] our current society, reading books on oceanography, exploring the scientific requirements of such a world, spending far too much time on countless forums that discuss and predict future technologies, watching as many deep-sea programs as possible, chatting with marine biologists and oceanographers, and discussing specific ideas with research scientists and companies designing and manufacturing deep-sea vehicles. I sometimes struck very lucky: The CEO of a leading submersibles manufacturer very generously guided me through a submersible driving tutorial via Skype!

You write that the oceans rose due to an asteroid attack, but you also write about a culture that refuses to adjust to a new reality. Were you thinking at all about climate change as you worked on this novel?

Yes, throughout. I imagine we wouldn’t work with the environment beneath the waves any more than we’ve worked with it above the surface. I suspect greed and ignorance would still largely drive our actions, and the cost to the natural world would remain the least of our priorities. The only reason climate change wasn’t the cause of my fictional calamitous floods is all the research said it simply wasn’t plausible for sea levels to have risen to that extent anytime this century. When I considered bending the facts about climate change it felt very wrong, as if I were sensationalizing something too real and devastating. And so I decided the disaster would be the outcome of an asteroid strike that released all the water previously held in deep subterranean reservoirs.

When the prime minister refuses to free Leyla's imprisoned father, Leyla begins a journey full of disturbing discoveries, particularly about her government. Why do you think it’s important for young adults to read about resistance and develop the ability to think beyond what they’ve been told?

History has proven those seeking control will always cause divisions among the people, play on our fears, manipulate the pull of nostalgia, and ‘other’ those unlike ourselves. This needs highlighting to children from early on, so they are able to recognize this phenomenon when they encounter it. Books are a great place to start. [Teens] need to know that anything that feels wrong to them can and should be challenged. We must help them see that things don’t have to be the way they are in this world they’re stepping out in. And that very often, lives—usually those of the most vulnerable—depend on their ability to think beyond what they've been told.

From Oscar Wilde to Hermione Granger, you include lots of literary references in the novel. What stories have inspired you most as a writer?

Science fiction/fantasy narratives will always be my first and biggest love, though I don’t read hard sci-fi or high/epic fantasy. I’m more excited by speculative fiction, urban fantasy, and light sci-fi. A few of the many stories I discovered and found inspiring and unforgettable before and during my own writing journey, are: Anthony Burgess’ A Clockwork Orange, P.D. James’ The Children of Men, Neil Gaiman’s Neverwhere, V. E. Schwab’s A Darker Shade of Magic, Dhonielle Clayton’s The Belles, Adam Silvera’s They Both Die at the End, Sabaa Tahir’s An Ember in the Ashes, Laini Taylor’s Daughter of Smoke and Bone, G. Willow Wilson’s Alif the Unseen. In recent years I’ve found the SF/F penned by people of color to be especially inventive, fresh, and all-round brilliant.

Chelsea Ennen is a writer in Brooklyn.