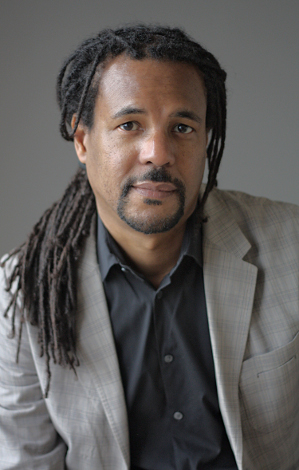 Colson Whitehead never writes the same book twice. From the artful allegory of his 1999 debut, The Intuitionist, to 2014’s comic, self-critical nonfiction, The Noble Hustle: Poker, Beef Jerky & Death, he engages American history, culture, and autobiography in advancing permutations that push the limits of language and genre.

Whitehead is a Whiting Award winner, MacArthur fellow, Harvard graduate, professor, and New Yorker. Cora, the bright star of his eighth book, The Underground Railroad, is born a slave and raised in servitude on an 1800s Georgia plantation.

“The Underground Railroad is definitely focused on Cora,” he says, “but in terms of my discovery of her throughout the book.”

Her story begins with not a question, but an answer:

It was, he later writes, “her grandmother talking.” Cora’s grandmother, Ajarry, came to America from Africa via slave ship. As she is bought and sold south, en route to the Randall family’s Georgia plantation, the price of her life hovers near $250. Once settled, a scraggly vegetable garden, three yards square, becomes her pride.

“Ajarry died in the cotton, the bolls bobbing around her like whitecaps in the brute ocean,” he writes. “The last of her village, keeled over in the rows from a knot in her brain, blood pouring from her nose and white froth covering her lips. As if it could have been anywhere else.”

Cora’s mother, Mabel, refuses to accept the same fate. Telling no one—not even her daughter, who’s only 10 or 11 years old at the time—she escapes the plantation by night. The decision angers and essentially orphans Cora, but eventually inspires her own attempt:

It was her grandmother talking that Sunday evening when Caesar approached Cora about the underground railroad, and she said no.

This time it was her mother talking.

Told in frank language by an omniscient narrator, The Underground Railroad breaks style with the cerebral, first-person narration of Whitehead’s preceding works.

“Early on, simple and direct seemed to work with this book and work for me,” he says. “It also echoes the language of former slaves and slave narratives I read. When they described the time their mother was taken, or their brother being killed by master, it was very factual and unadorned. It made some of the brutal things that happen in the book seem to have more value, as opposed to milking them for tension and horror.”

The unadorned horrors of Cora’s plantation life—as an orphan, unguarded—are manifold. She is exiled to Hob, a slaves’ quarters for the unwanted and unwell; she is sexually assaulted at puberty. One fateful day, on the occasion of a rare celebration, she receives the beating of her life for jumping to the defense of a young boy who sullies Master Terrance Randall’s shirt cuff with a single drop of wine.

“The blows to her face had left one eye swollen shut and performed a gross injury to her temples,” Whitehead writes. “The swelling disappeared but where the silver wolf had kissed was now a rueful scar shaped like an X. It seeped for days. That was her tally for the night of feast. Far worse was the lashing Connelly gave her the next morning under the pitiless boughs of the whipping tree.”

The beating causes Cora to reconsider Caesar’s plea. He is an educated slave from Virginia, betrayed by a former master who promised manumission; he can read, write, whittle, and build. In town, these talents caught the eye of Mr. Fletcher, an agent of the underground railroad, who pledges to help guide him to freedom.

“To take that leap, you have to hope that there’s something different, even though your life’s been so miserable you can hardly imagine it,” Whitehead says of those who, like Cora, choose to run. “In the fact of the impossible despair of your life, you have to believe in something better, a place of respite, or else you never take that first step.”

At great cost, Cora and Caesar arrive at Fletcher’s house, which sit atop an underground railroad station. In Whitehead’s imagining, this railroad is no metaphor, but an actual network of trains and tracks, conductors, and station agents. The innovation enabled Whitehead to explore a wider breadth of American history.

“Once I allowed myself to turn it into a literal railroad, I felt free to move [historical events] around chronologically as well,” Whitehead says. “The syphilis ‘bad blood’ experiments are from much later, but why not move it up? Why not move some of the eugenics and sterilization movements earlier—these sort of benevolent-seeming government programs—to expose them in that way? Making the choice to play with the metaphor of an underground railroad allowed me to have that.”

Cora and Caesar ride the rails to South Carolina, where they assume names and live (seemingly) relatively free—but their time there is cut short by Ridgeway, an infamous slave catcher hired to track them. Having failed to return Mabel to Randall plantation, he sees Cora’s capture as his rightful redemption and is thereby obsessed. She’s forced to flee on the railroad, alone, and winds up hiding for weeks in a North Carolina attic.

“What a world it is, Cora thought, that makes a living prison into your only haven,” Whitehead writes of her time in North Carolina. “Was she out of bondage, or in its web: how to describe the status of a runaway? Freedom was a thing that shifted as you looked at it, the way a forest is dense with trees up close but from outside, the empty meadow, you see its true limits.”

From North Carolina, through Tennessee, Indiana, and beyond—no matter the strange changes in the laws that govern each state, nor Ridgeway’s dogged pursuit—Cora refuses to give up.

Those qualities are already resonating with readers. Oprah has chosen the novel as her next book club pick. In a starred review, Kirkus calls Cora’s story a tale told “....with rousing audacity and razor-sharp ingenuity,” naming Whitehead “a writer of the first rank.”

“From the moment I handed the book in—it’s just magical,” says Whitehead, whose galleys are accompanied by a truly ecstatic letter from Doubleday publisher Bill Thomas. “People I’ve worked with for years are behind it in a way I’ve never experienced before.... I can tell it really moved them.

“The responses have been invigorating and pleasant and I’ve really enjoyed hearing people’s reactions to Cora,” he says. “I hope it continues. I feel like I did a good thing.”