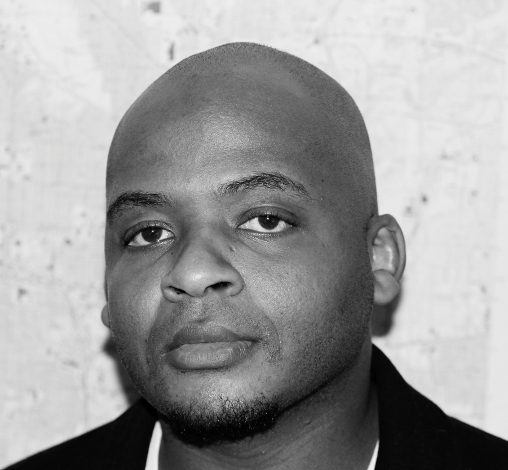 Discussions of literature from and about the American South generally evoke the names of William Faulkner and Flannery O' Connor, but a new generation of writers who are continuing a black Southern tradition continue to emerge and refine the meaning of Southern literature. That much is evident in the work of Pulitzer Prize-winning poet Natasha Trethewey, National Book Award winners Nikky Finney and more recently, novelist Kiese Laymon.

Laymon is the author of two recent books—Long Division, which was published in June, and How to Slowly Kill Yourself and Others in America, a recently published essay collection. Though they are different genres, both are similar in the way that they interrogate recent and distant histories and investigate racial mores that have lodged themselves in American culture.

Long Division is a quirky novel-within-a-novel featuring Citoyen "City" Coldson who leads a cast of eccentric characters in three time periods: 1964, 1985 and 2013. City is a wayward contestant in the "Can You Use That Word in a Sentence" competition who embarrasses himself by going off on judges for offering him the word "niggardly." The humor, absurdity and insight offered in present-day, post-Katrina Mississippi is also a part of a past with no digital connection and more racial tension.

Laymon's imaginative wit and down to earth characters are reminiscent of the refreshing novels of Paul Beatty or Victor LaValle, though Long Division has  most frequently drawn multiple comparisons to Mark Twain. While Laymon notes the parallels between City and Huckleberry Finn, he says Twain "is not my primary inspiration."

He draws on a multitude of sources for writing inspiration and not just texts, though that would make a lot of sense for the English professor from Jackson, Miss. After graduating from Oberlin College in 1998, he earned an MFA at Indiana University. He started teaching at Vassar in 2002 as a creative writing instructor, though he quickly moved on to the tenure track. All the while, Laymon published pieces on his blog, KieseLaymon.com, before going on to write for ESPN, Esquire, Gawker, Mythium and Guernica, among others.

Some of those pieces

appear recast and reorganized in How to Slowly Kill Yourself and Others in America. The slim book, which Laymon composed more like an album than his favorite book (James Baldwin's The Fire Next Time) explores a wider range of black popular culture than one usually finds in single volume.

"I think of those essays like notes or songs," Laymon says. "One of the things that Baldwin wasn't able to do was bring in a lot of other voices. I bring in a letter from my uncle and my aunt, in the middle, you have black men talking to each other, my writing to my mother...I wanted there to be there to be this conscious dialogic to my book. I don't want to call it an essay book. While I really appreciate the essay and expository book, I want this book to read as parts of blues and parts of hip-hop. The model is as much sonic and aural as it is literary."

The title essay is a sentence he says he first wrote six years ago, while he was "becoming the kind of person that I told people I hated," and his uncle was struggling with drug addiction. "If I did something that was morally suspect, I would try to cover that up with other morally suspect things,” he explains. “Instead of reckoning with what we do wrong, we punish ourselves with the consumption of things. When the nation fails to reckon with truth, that's a way of slowing killing ourselves."

How to Slowly Kill Yourself tackles a diverse swath of African American identities and dilemmas, including critiques of and appreciation for popular culture figures like Michael Jackson and Tupac Shakur. There is not likely another nonfiction collection that includes correspondence from aunts, uncles and the author alongside interrogations of black male feminism. The great poet Margaret Walker is mentioned in one breath, then the late comedian Bernie Mac in another. Laymon also writes about his physical and emotional deterioration in the process of attempting to publish his novel, a rare glimpse into the nuances of publishing in the 21st century from a writer's point of view.

"I'm not trying to be prescriptive," he says. "But I really do believe that to change things, you have to accept whatever it is with compassion and right that, and one of the only ways I know how to do that is through writing. That's what the book is about. Sometimes, when you can show people in so many words that they are not alone—particularly about something where they felt so alone—you haven't changed the world, but in some ways, you have committed an act of love, which is to say that you are not alone." In his worst moments, he says he needed most to hear "someone who loved me tell me I was beautiful at my worst moment and that there was something joyful and redemptive in my being,” he acknowledges. “I hope that the essay book can provide a little of that experience for someone, because writing it has provided a little bit of that experience for me."

Laymon says he is looking forward to joining with other black Southern writers who have created dynamic and powerful writing that "explores the creases in these Southern narratives," through his two recent books and as he continues to write others. "The musical and the televised Southern narratives (like True Blood) don't explore the particulars of breathing, loving, sleeping in the American South and I love the opportunity to get in there and express the other things that Southern narratives aren't exploring," Laymon says. "You don't see many other black Southern writers that are getting a lot of attention. I can't figure out why that is...I love Americanah and Ghana Must Go. I love what these literally African American writers are doing but I think the industry also needs to remember that black Southern writers have a lot to say and have had a lot to say and publishing companies have to listen to it."

Joshunda Sanders is a writer based in Austin.