Contributing to a Revolution by Telling Her Own Story 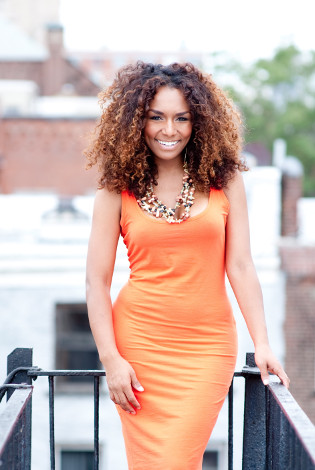 In our confessional age, the private lives of public officials and celebrities frequently amount to nothing more than a faux scandal used to sell products or increase ratings. Rare is the person who harnesses their own tale—the good, the bad and the ugly—and shares it to empower, transform and uplift others. Janet Mock’s Redefining Realness: My Path to Womanhood, Identity, Love and So Much More, which is both groundbreaking and beautifully eloquent, does just that by interweaving serious theory and pop culture with her own journey as a transgender woman.

Mock, an activist and former editor at People, took her first tentative steps into a more public life when she was profiled as a trans woman in Marie Claire in 2011. She had already been collecting moments from her childhood and key stories she recalled during early morning writing sessions before heading off to work. She spent the next year or so after the Marie Claire piece adjusting to the idea of being self-aware in the spotlight. Her next step was to contextualize these vignettes within various systems of oppression—racism, misogyny and transphobia—in a way that was thought-provoking and accessible for readers.

“The memoirs that I love are when authors can look back just as brutally on themselves as they do on the people who have wronged them,” says Mock. “I needed to look back on my young self and just be brutally honest about where I was at the time. There wasn’t any fear—I think the fear is now, after I’ve written it.”

A bit of trepidation certainly seems natural. As memoirs go, Mock’s first effort is a page-turner that will, at various times, make readers laugh out loud, shed a tear or simply sit in awe. Redefining Realness tells of painful episodes, traumas both physical and psychological, and the difficult choices that Mock faced as she pursued and tried to live out her own truth.

Growing up as her parents’ firstborn son in a family beset with financial struggles and neglect, Mock forged her own path with a heartfelt belief in herself. She successfully navigated adolescence and even began to transition—self-medicating with hormones at the age of 15—in high school. As Mock makes clear in references to legends like Maya Angelou, James Baldwin and Audre Lorde, it was a journey she could not have completed without the direct and indirect guidance of mentors and ancestors.

“I try to be purposeful with a lot of women of color whose work may have touched a lot of other people but is not as celebrated, so Barbara Smith and Gloria Anzaldua were just as important to me,” says Mock. “I remember quotes that I just always had or books that I highlighted and returned to. I returned to The Truth That Never Hurts by Barbara Smith. In the process of writing and editing, I returned to those texts and they guided me to not be afraid to say these things that—at the time when they were living as queer women of color, or queer people of color, they weren’t supposed to exist. They gave me a blueprint, so in order to pay homage to them I used them in my text and wrote about them.”

Mock uses her own life to illuminate the everyday struggles that many transgender people often face. For example, in describing how she came to be known as Janet, she writes:

To announce your gender in name, dress and pronouns in your school, place of work, neighborhood, and state is a public process, one in which trans people must literally petition authorities to approve name and gender marker changes on identification cards and public records.…As with medically transitioning, there are economic and legislative barriers that make it difficult for low-income trans people to make the public changes that align with their lived and documented gender.

Transgender people are told that their very existence is a lie. Even within the LGBT community, they face multiple forms of discrimination. Often derided or stereotyped in the media, they are rendered invisible. Mock’s courageous work, however, presents a new possibility: that trans women can and must be seen and embraced as fully human. She says that she is “trying to bring all of myself to this book, which is a snapshot of my life, mostly my adolescence. I purposely didn’t write too much about my New York years,” says Mock. “I feel with a memoir you really need space from that time period and I don’t think I have space yet to talk about my young womanhood. This book is very much about my girlhood.”

In the book’s introduction, Mock writes, “I believe that telling our stories, first to ourselves and then to one another and the world, is a revolutionary act.” She’s spent a good portion of her life speaking and advocating on behalf of visibility for transgender women of color (her #GirlsLikeUs project is a Twitter must-read). In Redefining Realness, which is unflinching and funny, revelatory and thought-provoking, Mock dares us to be just as real.

Christopher Carbone is a writer living in New York City. He has also written for Slate and The Nation. Follow him on Twitter.