A Love Letter to Black Boys, Baltimore, and Books 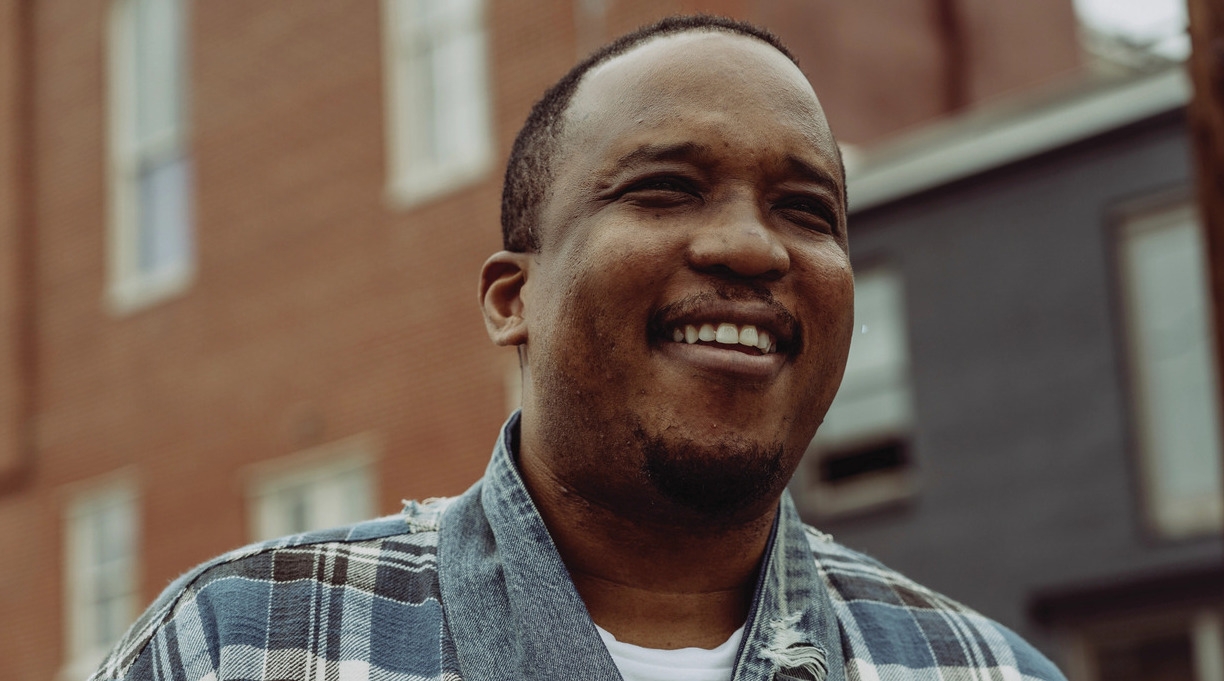 In his latest book, Black Boy Smile: A Memoir in Moments (Legacy Lit/Hachette, May 17), which our starred review calls “a startling and moving celebration of a brutal life transformed by language and love,” bestselling author D. Watkins continues and expands upon the remarkable life story he chronicled in The Cook Up. Today, Watkins is a professor at the University of Baltimore and editor at large for Salon, and he is currently at work on David Simon’s new show for HBO, for which the author will record a corresponding podcast. Since publishing his first book, The Beast Side, in 2015, Watkins has enjoyed a successful literary career, but his current station in life was borne out of significant hardship and the vision and diligence to lift himself out of a grim, abuse-filled life in a poverty-stricken area of Baltimore. After his brother was killed when Watkins was 18, he turned to the drug game and spent nearly a decade dealing, gambling, and living the seemingly glamorous life of a flashy criminal. Then he completely transformed himself thanks to his own dedication and the power of books. I spoke to the author via Zoom from his hometown of Baltimore; the conversation has been edited for length and clarity.

Your life transformation was extraordinary. How did you do it?

The simple answer, which is not the popular answer, is that I aged out. I was in the game as a young person, someone who could move around and run and jump: It was a lot of James Bond–meets–parkour type of activity. Then, suddenly, I was the older kid with the young kids, and everybody from my generation was gone. At the same time, I was fortunate enough to start traveling outside of my neighborhood a little bit, and then, luckily, I fell in love with books. Not to sound cliché—like some type of made-for-TV movie—but books made me a better person. Books taught me empathy, how to fail, and how to understand. Books made my neighborhood—at the time, the biggest place in the world to me—they made my neighborhood very small. I owe everything to reading. The person who put that first book [Sister Souljah’s The Coldest Winter Ever] in my hand literally changed everything for me.

Reading is often a form of escape or simple entertainment, but it has clearly been much more than that for you. Could you elaborate?

That Sister Souljah book really reflected what I was going through. Even though I got it from music and some films, to me, books are the definitive authority. If it’s in a book, it matters. Our whole lives, we’re taught how important books are, but personally, I never saw anything contemporary that captured my experiences: hip-hop, sneakers, the parties, and the music—all of these different things that made up my world. So when I see my world portrayed as literary entertainment, that’s a big deal for me. It doesn’t matter where you’re from; every story has value. That was the first time I’ve seen pieces of my story, or the things that I cared about, written about in a way that was passionate and funny and loving—and terrifying, as well, given the experiences I had when I was coming up. It was mind-blowing that a book had the same thing.

After the Sister Souljah books, I read everything I could and moved on to other writers—for example, Richard Price. They all trained me how to read, how to love books like On the Road, Naked Lunch, Sula, The Fire Next Time. They all made me learn to accept different realities, different types of literature and stories from different people. If I never fell in love with The Coldest Winter Ever, I wouldn’t have the skill set to be able to get really, really mad at Bigger Thomas [the primary character in Richard Wright’s Native Son, who murders his girlfriend]. I wouldn’t know that I have the right to say, Why are you doing that? Are you really gonna put the girl in the furnace [after killing her]?

It’s one thing to change your thought processes, but it’s quite another to have the courage to tell your own story. What was your impetus to write your own work?

There are so many people that have these stories or that have these ideas of what people like me live like. I felt like I could add something to that conversation. A few years back, I was in a coffee shop, drinking a latte and eating these fucking interesting waffles, covered in all these exotic fruits and glazes. I’m having a great morning, and then I read about Trump [saying] that African Americans live in hell. I thought, that’s crazy, because I’m in a shop around these Black people eating these amazing waffles. When you have a certain perspective, you tend to put everything in terms of that perspective—and it’s not always fair. So I thought I could expand the conversation. Where I come from may seem like a bad place to you. Yes, it’s bad at times, but then it’s also extremely beautiful. All of it means something and should be talked about.

Baltimore is one of the country’s most misunderstood cities. What do people get wrong about your hometown?

I think we get a bad rap. We go viral for negative things about once a month, and some of our politicians have struggled with the system. But what people need to know is that there is so much love in this city. I just finished working on this TV show, We Own This City, and I’m doing a podcast for HBO that is connected to the show. I was speaking to one of the lead actors and the director, and both of them said the same thing in different recordings: how they have filmed all over the country, and this is the only place where everyone opened their doors up to them, everyone from production assistant to high-level staff members. Stay at the hotel, but if you need a car, something to eat, some recommendation, somebody to buy clothes, whatever you need, we’ll take care of you.

I think people don’t really understand the kind of love that we have in this city, how we are so dedicated to just looking out for each other and looking out for people who visit our city. People also don’t understand the role that segregation plays—and not just segregation in regard to race, but talking about money and the income gap. There’s a lot of money in this city. Often, you can see it on one side of the street, and then the other side of the street, you can see the poverty, and those worlds may never cross.

I really want to write young adult books and build a career doing that. I think about a time in my life when I needed books the most, and I didn’t have access to that content. I would like to be a person that can write the kinds of books that will get young people excited about reading, especially middle grade, because I think it’s so important and can lead to real change.