A Tribute to Women Warriors in the Legal System 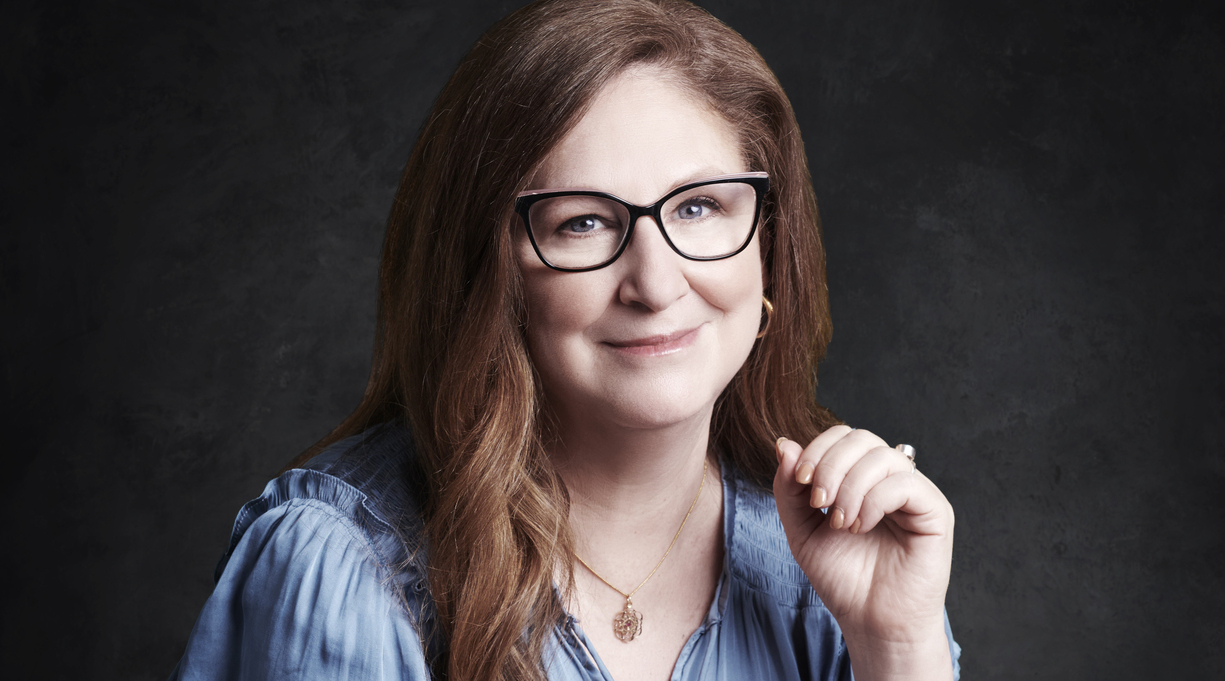 Legal journalist Dahlia Lithwick has been covering law and the courts for Slate since 1999. Over some 300 episodes, her podcast, Amicus, has been a bridge between the law and the laity, carrying listeners affected by the legal system through its intricacies. With Lady Justice: Women, the Law, and the Battle To Save America (Penguin Press, Sept. 20), she turns to long-form writing, with profiles of women lawyers who have resisted Trumpism in all sorts of ways. Opening with Pauli Murray, the Yale- and Howard-educated Black queer lawyer whose work was foundational to landmark decisions on race, sex, and sexuality, she moves on to women active now, including Brigitte Amiri (defending reproductive rights), Vanita Gupta (defending civil rights), Nina Perales (defending voting rights), and many others. Kirkus’ starred review calls it “required reading for this post-Dobbs world.” She spoke to Kirkus via Zoom from her parents’ home in Ra’anana, Israel, where she was vacationing. This interview has been edited for length and clarity.

By sheer coincidence, I found myself reading Lady Justice on June 24, when the Dobbs decision overturning Roe v. Wade came down. I think that’s the only thing that got me through the day.

Only like seven people have read the book, and I don’t think anybody’s read it post-Dobbs, so it’s just incredibly meaningful to me if it still offers some succor. Ninety-five percent of it was written dreading Dobbs but not actually believing it was coming. Whether it’s even slightly adequate to meet this moment we’re in is just such a question to me.

What was it like to be creating a book while knowing that so much of what you were writing about was still in flux?

I think anybody who has tried to write a book in the past three, four years has had that same sense that you’re laying down the track one minute before the train’s coming. I thought this book was going to be literally Lady Justice, sword blazing, having vanquished Trumpism. It went from being a capstone of a moment to a real cry about voting. The last third of the book quite deliberately became a call to arms. As I wrote those voting chapters and the gerrymandering chapters and even the afterword, what occurred to me was, if the takeaway from all of this is simply that people need to think about voting as sort of both the solution and the problem, then that could be a timeless call. I am very, very struck by the ways in which the book that I started to write was very much not the book I ended up writing.

Please talk about how you chose the people that you profiled.

One of the things I was really mindful of is my really complicated relationship with the hagiography around [Ruth Bader Ginsburg]. I feel as though, on the one hand, I have all the mugs, I have all the pillowcases, trust me, I own every tote bag. But I also think, and I want to choose my words carefully, that we are very much the generation that thought if we had the mugs and the tote bags, we were doing activism. And so when I started the book, front of mind for me was there are so many RBGs. It’s why I’m in love with Pauli Murray. But for the accident of history, Pauli Murray would have been RBG and would have been a really different RBG. I really felt the responsibility to open the aperture and say, for all the women who are in such grief because their hero is gone, [that] heroes are everywhere. If I showed you my original table of contents, there were 30 people—I could have gone on and on. But I wanted also for the arc to move from Sally Yates, whom we all fell in love with the first week when Trump was inaugurated, to all of these women of color at the other end of the book, who’ve been doing this work all along, [like] Stacey Abrams, who has been at the epicenter of voting rights longer than anybody knew her name.

I was really interested in the #MeToo section. Were you prepared to get as personal as you did?

No. And I hated that. I mean, it’s so not my way. But I also felt an obligation. If I was going to write about this material, then I had to write about my own story and how my experience at the 9th Circuit inflected how I felt about the [Brett] Kavanaugh hearings. I couldn’t not do it, because there was like a big, Dahlia-shaped hole in it if I didn’t do it. But it’s so incredibly discomforting for me to ever write about myself.

You are completely, deeply invested in the American system of laws. But you grew up in Canada. What caused you to fall in love with it so much?

I think by the time I had finished my undergraduate degree, which was at Yale in the U.S., and then turned to law school at Stanford, I was so enmeshed in the American legal system that when I went home for vacation, I was just sort of flummoxed. And at the end of the day, I’m enough of a recovering English major that a [William]Brennan dissent would bring me to tears. Oliver Wendell Holmes is poetry. I think at its best, and I guess this is what the book is about, [the American system] is just such a beautiful distillate of dreaming about freedom.

My daughter just finished her first year of law school, and she told me, “I’m the last class that learned constitutional law with the right to abortion.”

I think this is one of the reasons that Anita Hill was a really important chapter for me, because I needed somebody who’s been through a few cycles of this, who’s able to say, look, you’re in your moment, and this is the whole world to you right now. But, sister, I’ve been through it before. This is where I think Black women are leading the way. I think professor Hill is a really good marker for that. We are so of this moment that we forget that this is something that women from Abigail Adams on have been trying to do. One of the reasons the book was so important and urgent to me is that I think that law is a superpower. Your daughter will have a lever that can move the world.

One of the things that I am so aware of is that it’s really hard for men to figure out how to be allies right now and how to be in this with us. When Dobbs came down, I felt like every single panel I was on, every cable news show was just women. The last thing I want to do with this book is to suggest that there isn’t a place in this discourse for men. One of the reasons both of my now-teenage sons and my husband are everywhere in the book is because I’m so aware that if it’s not their fight too, we’re doing it wrong.