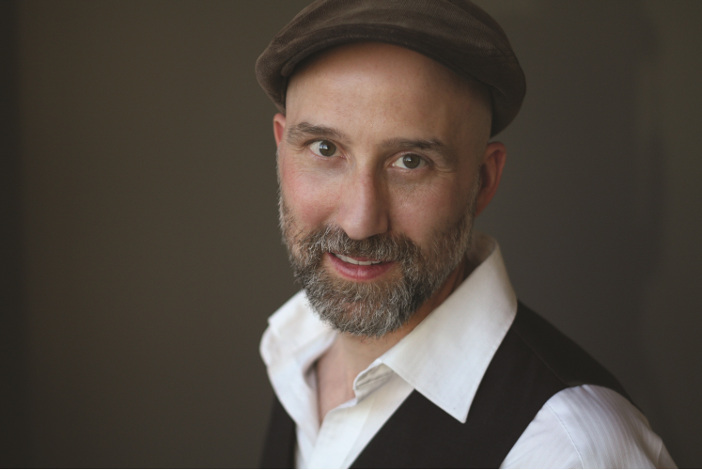 A smoldering high-stakes fantasy adventure with twisting philosophical undertones, acclaimed novelist Dan Vyleta’s latest defies easy categorization. Smoke—set at an elite boarding school in an alternate Victorian England—is lush, dark, and terrifying. It is intellectually rigorous. It is also quietly tender. It feels like classic children’s literature, except that it’s also the stuff of nightmares. Here, moral impurity is not an idea but a physical reality: commit a sin and Smoke pours out of you, stinking, repulsive, leaving its mark. And yet the rules of Smoke are mysterious: a major transgression can slip by, unnoticed. A minor one can bring on the stench. But through education and brutal discipline—a privilege reserved for the wealthy—one can learn to control the Smoke. Purity, or the appearance of it, is a right of the ruling class.

“I was joking to friends, ‘I’m writing a Foucaultian children’s book for adults,’ ” Vyleta tells me over Skype from his current home in Stratford-upon-Avon. “And I think the Foucaultian bits were quite important to me—the idea that when we go to school…we’re disciplining our backsides as much as our brains. I’m very struck thinking about school kids, often at quite a tender age, learning to sit still, to be disciplined for six hours a day. It’s acculturation. That’s what we need to function as white-collar labor 30 years down the road.”

Which is not to say that Vyleta — a self-professed “inveterate migrant” whose previous three novels, Pavel & I, The Quiet Twin, and The Crooked Maid, have garnered him comparisons to the likes of Dostoyevsky and Graham Greene—spent his writing process poring over French social theory. On the contrary. “I always feel that all the intellectual stuff, all the symbolic stuff, all the stuff that you analyze and talk about—I almost try to forget about all that and not think about it at all,” he says. “I don’t think that’s where story comes from.” Smoke may be his most overtly political novel yet, but it’s also a compulsively readable story—or, to borrow Vyleta’s term for it, a “children’s book for adults.”

He’s quick to clarify: by children’s literature, Vyleta means books that are emotionally disarming—“not literature that has to be read by 12-year-olds,” he tells me, “but literature that turns you into a 12-year-old.” Which, he points out, makes it in fact the ideal space for complicated political ideas. To be swept away by a story is to meet it “not as an idea, but with a certain amount of wonder,” Vyleta says. “Which I think opens you to consider it.” Dickens is a prime example, Vyleta says. The book is indebted to Dickens in more ways than one: it was, in fact, a fateful reading of Dombey and Son inspired the book in the first place.

There’s a passage, Vyleta explains, in which “basically Dickens spells out the premise for Smoke: what would happen if moral disease was physical, and was infectious? What if it crept up the hill from the slums to the quarters of the well-to-do?” The idea for the physical image of smoke came to him instantly. “I thought of these 19th-century cities sort of choking in coal dust,” says Vyleta, who, perhaps not coincidentally, also holds a PhD in history. “You could see people’s class written on their skin. You could smell it on them: this person had washed, and this person had not washed. So I think I was just nudging that a tiny bit further.”

It is in this Dickensian dystopia that we meet brooding Thomas and gentle Charlie, best friends and fellow students at a posh boarding school dedicated to their moral reform. But this is an adventure story: all is not as it seems. While visiting mysterious relatives of Thomas’ during Christmas break—Thomas, at his esteemed uncle’s behest; Charlie, accompanying him as friend, spy, and chaperone—the pair are introduced to a heretical idea that will upend their lives. What if there was a time before Smoke? And if so, then could the Smoke be cured? And so, together with the Baron’s daughter Livia, the boys set out on a dangerous quest to uncover the roots of Smoke.

There are no final answers here, which is exactly as Vyleta likes it. “What I enjoyed about the concept of Smoke as I wrote it is that it is complicated and it remains complicated,” he observes. “You have a whole society that’s trying to get its head around it. It’s not a simple symbolic marker.”

The same, Vyleta hopes, might be said of the book itself. “If it’s any good, we’re all going to be staring into it to some degree and noticing different things, new things, coming to different conclusions as we read it again.”

Rachel Sugar is a writer in New York.