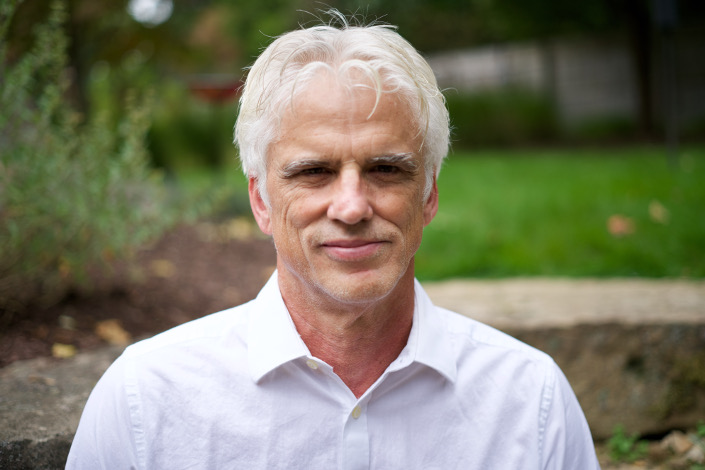 A few months shy of his 60th birthday, Daniel Lowe’s publishing dreams came true—with a novel that proceeds from a nightmarish premise.

In All That’s Left to Tell, a mid-level American executive named Marc Laurent is held captive in Pakistan by two local guards. Each day he is blindfolded and an English-speaking woman, who identifies herself as “Josephine,” questions him. When the ransom she seeks proves unforthcoming, her interrogation turns perversely personal.

“ ‘When I heard that your daughter had been killed. And then you didn’t go home when you heard. I admit that interested me in ways that have nothing to do with your ransom,’ ” Lowe writes in his chilling, labyrinthine debut.

Josephine proposes that Marc tell stories about his daughter—who was recently murdered, back home, at age 19—so that she may in turn “learn to tell the story of her life if she had lived.” When she begins to tell a tale of Claire’s life at 30, as if she hadn’t died, it’s hard to know if it’s intended as a balm to soothe Marc’s grief or a creative form of psychological torture.

“Marc is ensnared in more ways than one,” says Lowe, who teaches creative writing to college students in Pittsburgh, Pennsylvania. “He’s held hostage by his memories and his relationship to his daughter. In the beginning, we learn Claire has been murdered; in the iteration [Josephine presents], Claire has been absent from his life for many years. It’s about that particular relationship between a father and daughter who have unresolved issues.

“The novel makes a claim that storytelling is one of the ways that we frame and narrate our heartbreak and heartache in moments of grief,” he says.

All That’s Left to Tell was partially born of a father’s grief: Lowe’s eldest daughter was leaving for college halfway across the country, and he grappled with the loss of her presence in their family’s daily life. He combined that exploration with themes he’d previously explored in several, preceding discarded manuscripts; a keen interest in current events in the Middle East; and the challenge of writing predominantly from the point of view of a character who cannot see (on account of the blindfold).

“It really is a writers’ and readers’ book,” Lowe says, “and a bit of a hall of mirrors. You’ve got the author of the novel, me, writing a piece of fiction, and a character within that novel, Josephine, who tells a story about a woman, Claire, who never—at least, ostensibly, in the [main narrative]—reaches the age of 30, who is telling a story about her former boyfriend who never really existed.

“I wanted to blur the lines between what could have been and what was,” he says.

Marc surrenders himself to Josephine’s story, fueling the narrative by providing facts and remembrances of Claire’s young life. Not knowing whether he will live or die, Marc latches onto the story—and its ability to correct the issues that existed between father and

daughter, explore his mistakes—as a sustaining source of hope.

“When he woke in the early morning before dawn, still facing the wall, his arms and legs aching, his shoulder throbbing, his first thought was, Please don’t let her die,” Lowe writes. “He had not recoiled from the story Claire told—Josephine had told—about Claire’s lover and his fantasy, though he recognized the destination for Claire was not Chicago, not Michigan, but telling the story of the moment of her death. And he was unsure whether he’d be able to bear hearing it, or, even more terribly, not hearing it.”