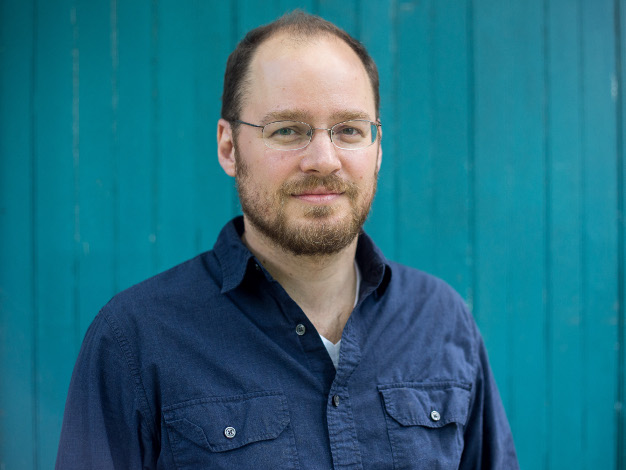 Shakespeare was a poacher—so one version goes as referenced in Daniel Torday’s compelling debut novel, The Last Flight of Poxl West. Before heading to London, this practiced skill may have helped as Shakespeare later poached from historical legends and Montaigne, Plutarch and others in constructing his grand and verbally engaging entertainments. Every Shakespearean tragedy depicts the swelling before the fall. So, too, does Torday’s titular protagonist in this remarkably layered novel.

The Last Flight of Poxl West, written in what Torday calls “first person voyeuristic,” alternates between the reminiscences of Eli Goldstein, who as a boy and adolescent revered Poxl West, né Leopold Weisberg (an “old friend of the family” who becomes a kind of uncle to Eli), and the published memoir of Poxl West, Jewish RFA bombadier. Titled Skylock, Poxl’s memoir is itself published in five acts, a nod to Poxl’s professed love of Shakespeare and to the character of Shylock in Merchant of Venice. Torday acknowledges the pun, stating that “Poxl’s motive to join the RAF was in part an initial motivation of vengeance.” Unlike Shylock, Torday observes, Poxl’s vengeance grows more complicated: “Poxl drifts toward remorse; he becomes, in part, regretful.”

The complications of Poxl’s motivations are embedded in the novel’s interest in storytelling and in history, in heroes and fame and celebrity. Eli himself has grown up to become a professor of history. His love of history was sparked in large measure by the stories Poxl told Eli when Eli was a boy and by the publication of Poxl’s memoir, which quickly becomes a New York Times bestseller. But just as Poxl’s sense of the war and his role in firebombing German cities darkens, Eli’s sense of his quasi uncle’s heroic stature is gutted by disclosures that Poxl has fabricated parts of his war account.

The novel’s structure heightens the tensions within and between characters. For one thing, as Poxl himself notes, the war memoir is really a memoir about love (“if this story [Skylock] is to be about something, it is love, not war”): of parents, of books, and of women. Torday points to Nabokov’s Lolita as a model for his novel’s structure. “We frequently forget that Nabokov’s novel begins with a lawyer’s statement.” Torday continues with a timely reminder: “And it’s a memoir written from Humbert’s jail cell, but, again, we often forget when we reflect on the novel that Humbert is in jail not as a pedophile but as a murderer.”

The first person voice employed by Torday’s characters is an amalgamation of several influences: one strain of John Hawkes, Rick Moody, and Jeffrey Eugenides, and another strand that includes Isaac Babel, Leonard Michaels, Philip Roth, Amy Hempel, and Gordon Lish. Torday admires how these writers, especially the latter group, “boil down the voice. The reader is having to meet the sentence for meaning”—a characteristic of Torday’s prose as well. “Another huge influence,” Torday continues, “is Harold Brodkey, especially First Love and Other Sorrows”—a title more than apt for Poxl’s memoir.

Torday’s own list of acknowledgements highlights a theme in the novel. To acknowledge a thing or a person is to recognize the person, giving him or her a substantive place to inhabit in the world. When Eli finds his name in the acknowledgments section of Poxl’s memoir, Eli’s sense of his own worth and of his role in Poxl’s often-repeated stories expands. Eli becomes a student and even acolyte of his uncle and of his uncle’s war life. But that passion acknowledges only one element of Poxl’s narrative. The final two acts of Poxl’s memoir are the search for a woman he abandoned in Rotterdam, shortly before the German bombing and invasion. It is this story, this quest, that becomes the emotional heart of Poxl’s tragedy.

And here is the magic of Torday’s novel: There is the final view of Poxl, an old man, “a pile of bones in a blue wool suit,” whose brush with fame left him seared because he poached one element of his memoir for himself, and an awakening in Eli of the role of others and of love in Poxl’s life, including a wife. (Perhaps it is this awakening that is the source of Eli’s need as a history professor and as a husband and father to reflect back on the lessons of his time with Poxl.) Poxl’s memoir ends with a physical acknowledgment. These respective final moments, older selves looking back on younger versions of themselves, suggest an understanding of human nature and human capacity.

Torday’s novel demonstrates a similar capacity for human understanding, acknowledging darkness while finding hope that we can become better versions of ourselves. Amidst a plenitude of stylistic and narrative pyrotechnics, there is genuine human wisdom at the heart of The Last Flight of Poxl West.