Darcie Chan: The Self-Publishing Bestseller on ‘How I Did It’ 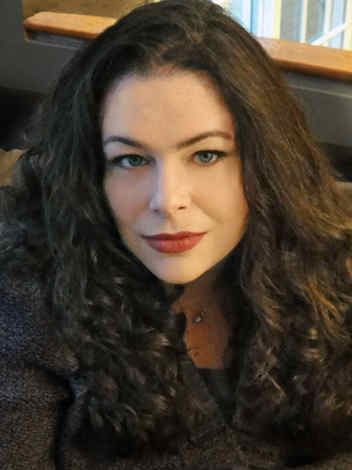 I have wanted to be a writer since I was a little girl. I began writing poems in fifth grade. I attended middle school in Cheraw, Colo., and when I was in the seventh grade, I won a multischool, one-day writing contest. Clutching my little trophy, I burst through the front door and announced to my parents what I wanted to be when I grew up.

“Follow your dreams! You can do anything you put your mind to,” said my book-loving, English-teacher mother. “You should think about another career, because writers have a hard time earning a living,” said my very practical and honest father. “You can always write on the side.” In the end, I took the advice of both my parents. I eventually became an attorney and found a legal job that I loved, and I began to work on my first novel in my spare time.

I poured my heart into writing that novel, even though I realized that getting it published would be a long shot. I was a complete unknown, never having published anything before. My novel could not be easily classified to any specific genre. When it didn’t find a home with a traditional publisher, I put the manuscript away, intending to make another run at publication with a second novel, but I never stopped believing in my first story. It had provoked tears and rave reviews from the people I’d trusted to provide honest opinions and constructive criticism of it. I knew that it moved people.

A few years passed, and e-books suddenly exploded onto the scene. I started to think about the novel languishing on my hard drive. If I made it available as an e-book, maybe I could get some valuable feedback from readers. And perhaps, over the course of months or years, I might be able to sell enough copies so that I would no longer be completely unknown when I had a second novel ready for my agent to submit. I decided to try it—my “e-book experiment” was how I described it to my family—and I uploaded The Mill River Recluse to Amazon’s Kindle Store on May 18, 2011. I didn’t know it at the time, but my life-changing year had begun.

What I did realize, though, was that if I didn’t do something to bring my e-book to the attention of readers, it would be lost in the vast and expanding sea of stories available in electronic form. My first steps were to set up a website and Facebook author page, and to open a Twitter account. I kept the price of my e-book very low, and I started looking around for places where I could advertise that were affordable but highly targeted toward readers of e-books, such as websites and blogs of people who review e-books.

Additionally, I did several short interviews on various individual blogs, including kindle-author.com and bargainebookhunter.com, which were picked up by the Internet search engines. I also arranged for features and banner ads to appear on several larger blogs and websites that highlight new and reduced-price e-books, such as EReaderNewsToday.com and PixelofInk.com. Booking these and a few other advertisements and featured posts required a total outlay of around $1,000, which is all I was willing to gamble, and in fact all I could afford to spend, on my little “experiment.”

I noticed that the sales numbers for my e-book started to increase slightly, and after about a month, it had sold about 100 copies. I was ecstatic! To think, 100 people had my book! A few days later, my novel was mentioned as a “bargain e-book” on EReaderNewsToday, the first time it was listed on any of the huge—and still growing—websites that feature e-books. Within 24 hours of the post, it had sold more than 600 more copies. I about fell over. My husband said, “That’s really cool! What if you can sell 1,000 copies?” I started to think that that might actually happen.

More of the features and advertisements I’d lined up on the big websites, such as Kindle Nation Daily, Pixel of Ink, The Frugal eReader and Week in Rewind, began to run. I placed a banner ad on Kindle Boards and smaller ads on Goodreads and in the online version of the Rutland Herald, the newspaper serving the area of southern Vermont in which my novel is set.

I also took some of the early royalties that came in and reinvested them in a review from Kirkus Indie. I didn’t know whether it would turn out to be positive, but if it was, I thought it would be a valuable marketing tool, something that might encourage more readers to take a chance on my novel.

The sales figures for my novel, which had spiked and then fallen back a bit after the initial mention on EReaderNewsToday, began climbing again. The totals were shocking.

In mid-July, I called my agent and told her that something very unexpected was happening with the e-book sales numbers.

In mid-August, she called me to say that The Mill River Recluse would appear on the New York Times bestseller list. It subsequently remained there for 28 weeks.

The rest of the year became a surreal blur. My publishing journey was featured in the Wall Street Journal and mentioned in The New York Times and USA Today. Since then, I’ve accepted an offer from Ballantine Books to write two new novels, both of which will be set in the fictional world of Mill River, Vt. I’m also thrilled to report that The Mill River Recluse will be translated and published in several foreign countries. This past April, with the encouragement of my husband and both my parents (including my very practical and honest father), I left the legal job I’d held since graduating from law school to write fiction full time, which is truly a dream come true.

After the Wall Street Journal feature, I was inundated with emails from authors asking my advice. Honestly, I’m still not sure how or why all of this happened to me, but my working theory is that it was the confluence of three things. First, my quiet story did, in fact, resonate deeply with readers. I’ve received many letters from women and men alike saying that they had never been moved to tears by a novel until they read mine.  The second factor is that somehow, through trial and error and a little luck, the steps I took to introduce my e-book to readers worked well enough to allow word-of-mouth recommendations to take hold. And third, I believed in my story and my dream of being a writer enough that I didn’t get pulled down by countless rejections. I never gave up.

Looking back over the past year, there is one final lesson that comes to mind, something rooted in the memories of my college years. While I was a student at Indiana University, I took a poetry class taught by Yusef Komunyakaa. During one session, the graduate assistants gave readings of their work for the undergraduates. Khaled Mattawa, the graduate student who was in charge of my discussion section, read a poem he had composed about looking through the Sears catalog when he was a boy growing up in Libya. The entire lecture hall listened, spellbound, and Khaled received a thunderous round of applause. I learned that day that it is possible for a writer to transform a concept as ordinary as the old Sears catalog into something wondrous enough to enrapture 300 undergraduates.

Today’s publishing climate affords writers so many potential paths to success. So, if you believe in a story, put your heart into the writing of it, even if you’re told that it’s quiet, or genre-bending or “ordinary.” Get your manuscript in tip-top shape and do your best to get it in front of readers.

If you don’t give up, your experience just might be life changing.

Darcie Chan is the author of The Mill River Recluse, a self-published debut novel that has become a word-of-mouth e-book sensation. With over 650,000 electronic copies sold, The Mill River Recluse appeared on the New York Times and USA Today bestseller lists for more than 28 weeks and became a heartwarming favorite of readers across the country. Chan lives north of New York City with her husband and son. When she isn’t chasing after her toddler, she is hard at work on her second novel, which will also be set in the fictional world of Mill River, Vermont. Visit Darcie online at darciechan.com or on Facebook, or follow Darcie on Twitter. If you have a question for Darcie or something you’d like to share, feel free to comment below.