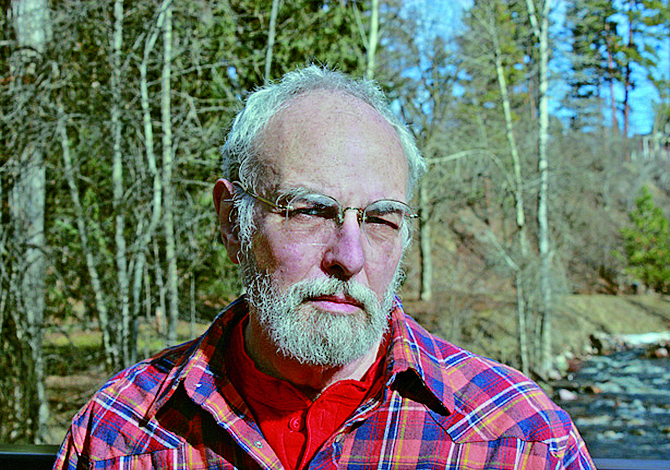 David Gates is many things. He’s a former journalist for Newsweek. A musician playing in three bands. A teacher in the University of Montana’s MFA program. He’s a writer, of course, and lately he’s been a writer wondering if he’s past his prime.

This is a trend for characters in his new book—his first in 16 years—A Hand Reached Down To Guide Me, a moving and nuanced collection of stories and one novella filled with aging artists, parents, and lovers who are frustrated personally, professionally, sexually or otherwise.

So why all the looking back?

“It’s funny about that, isn’t it?” Gates says with a laugh. “Where do they get this stuff?”

“It’s something that I can’t really write away from most the time. It’s not at all a calculated thing. It’s on my mind a lot.”

He gives a rundown of some deceased writers. Keats was dead before 30. Shakespeare made it to his 50s. More contemporarily, Raymond Carver died at 50 and Donald Barthelme made it to 58.

For his part, Gates is happy with his career and with the pace of his writing. Admittedly a slow writer, he says he doesn’t like to release anything until he’s happy with it. These stories date back to right after the release of his last book, The Wonders of the Invisible World, published in 1999.

“As a writer, I like to think that I’m getting better,” Gates says. “Certainly I know more things to avoid and I’m happy with the most recent things I’ve done. In my own life I’m over the hill. In writing fiction, I hope maybe not.”

One striking aspect of this recent bunch of Gates’ stories is the prominence of direct address employed by first person narrators to the reader. In “Alcorian A-1949,” a struggling composer quips to the reader, “You see? I always let them have the last word.” In the novella, “Banishment,” our narrator is more blunt about her affair with an older man. “If you’re thinking, Aha, so that’s where the bitch earned her allowance, no.” It all amounts to a feeling of sitting at a bar with each character, finding that you’re being held in confidence.

“If you’re telling a story, at some point you’re going to open your eyes and see that other person and you’re going to be interested in that person,” Gates says. “It feels a little more like the way storytelling goes about in the world.”

And this work is certainly rooted in the realism of daily life. For the most part, rather than direct drama, readers are privy to the shadows cast by years of lives worn down by the weight of mundane activities—routine, fading ambition, lost recognition, and failed relationships.

Gates would love to write plot-driven stories but it’s simply not who he is.

“I look at my own life and think, ‘What the hell happened?’ I go and I teach a class. I hang out with somebody and I talk. I go on the internet. There’s not a lot of plot there,” Gates says. “I’m never going to be writing sort of blood and thunder and spy epics where the fate of nations hangs on whether or not somebody gets to the liquor store on time.”

That’s not to say there aren’t stakes or emotional weight to the book. The title story features two musician friends who’ve drifted apart over the years. They’re reunited when one has an immense favor to ask of the other: to live his final days in his home while he dies of liver cancer. And when the end comes, that final interaction is blunt and scathing and heartbreaking all at once.

The whole story is enough to make you doubt Gates is over the hill in his writing life.