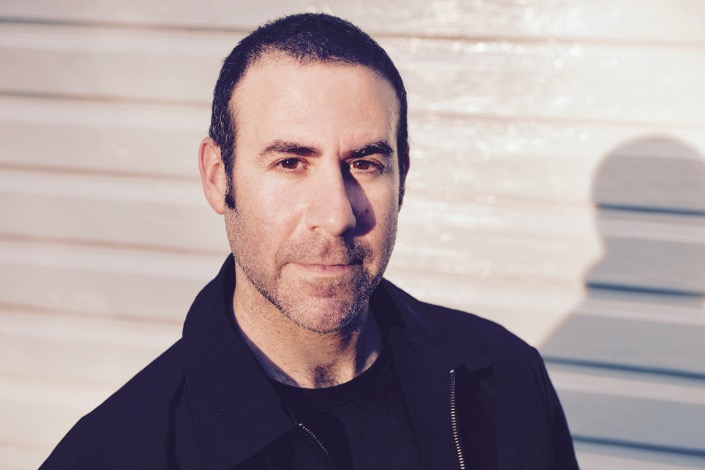 “I'm just furious,” David Samuel Levinson says, agitation lending his voice both energy and an edge. “I'm furious that we have to talk about this in 2017.” It was less than a month into the new administration when we discussed his novel, Tell Me How This Ends Well, and the dangerous implications for minority groups of a Trump presidency were weighing on him heavily—all the more so because his book seemed to predict them.

Set in 2022, Tell Me How This Ends Well tells the story of the Jacobson family: three adult siblings, Jacob, Moses, and Edith; their timid but loving mother, Roz; and their tyrannical, implacable, and emotionally abusive father, Julian. As the far-flung family converges in Los Angeles for what may very well be the last Passover they share with their terminally ill mother, a plan is hatched among the kids to kill their father as a parting gift to their mother. But punctuating their macabre scheming are reminders of their own vulnerability: houses defaced with swastikas, suicide bombers who target Jews as they drive along the highway. Levinson’s book offers a chilling portrayal of the ways in which hatred can hijack a once-accepting society, a warning of what the world could become—or at least, that was its intention.

“I started to think about this story in late 2014. Growing up as a Jew in San Antonio, Texas, I'd never really come across anti-Semitism. Ever. But then slowly, over the last couple of years, I started to encounter it on social media—never in person,” he clarifies quickly. “So I started thinking about what it would be like in a few years, what it would be like to live in an America where where anti-Semitism was the norm, rather than the exception.” Taking a pause, Levinson adds, “I never guessed that those few years would be compressed into a matter of weeks. I never thought that Donald Trump would actually win.”

Levinson’s novel has nothing to do with the new American president, but it feels utterly, disturbingly relevant to 2017. “I can't believe that a book that I wrote is playing out in real life,” he says. “That to me is the scariest thing. I kind of wrote it as a cautionary tale to Europe—not for America or for Americans.”

Yet it’s undeniable that there was been a shift in America since the election. There have been the numerous cases of vandalism at Jewish cemeteries and the repeated waves of bomb threats to Jewish institutions. There has been the rise of anti-Muslim rhetoric and violence and the emboldening of white supremacists.

“My editors kept saying how prescient I was,” Levinson says, remembering the writing process. “And I was like, ‘What are you talking about?’ Even then, I couldn't wrap my head around what was happening. There's still some denial on my part. I wrote a book, and it was satire—whether it's still satire, I don't know.”

Publishing a book, in many ways, means giving up ownership. Once a story is out in the world, it can be interpreted and read in ways that the writer never intended or imagined. But for Levinson, this sensation was preempted by society itself undergoing a shift.

“I wrote this book to be more personal than political,” he says, “but in this climate, I'm afraid it's going to be more political than personal. People will read the book the way they're going to read it, and they'll like it or they won't. I had no real message. None of my characters are there to serve as a mouthpiece. I tried not be be didactic or pedantic, I basically just got out of my own way and let the characters behave how they wanted to behave.”

Though unintentional, Levinson’s novel will be one of the first to challenge the changes ushered in by President Trump. In a poetic sense, it also arrives just before Passover, a holiday that celebrates the exodus of the Jewish people from bondage in Egypt, a holiday predicated on the understanding that a small and persecuted group of people, if united, can stand up against tyranny and win.

Circling back to his earlier point, Levinson adds, “If there is a message, I think it’s just, not to hate. That's what I want someone to take away from this book. If there's anything to take away from it. I honestly don't hate anyone—except for Donald Trump.”