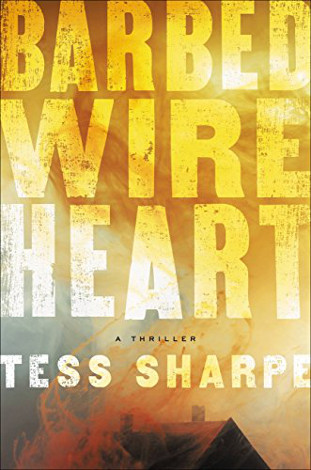 There doesn’t seem to be any end to readers’ appetites for thrillers narrated by their female protagonists—most of them written by women, though The Woman in the Window, which recently hit No. 1 on the New York Times bestseller list in its first week out, was actually written by a man (hiding behind an androgynous pen name?). One ambitious debut, Sometimes I Lie by Alice Feeney (Mar. 13), is reviewed in our latest issue. Here are two more first novels to look out for:

Exhibit Alexandra by Natasha Bell (Mar. 13): “A husband, horrified at his beloved wife's disappearance, begins to question their entire marriage, and his very reality….As the police investigate, they turn up shocking things that Marc never knew about [his wife,] Alex, leading him to do some investigating of his own. The book is narrated

entirely by Alex: She makes it clear that what she’s writing, presumably while in captivity, are guesses about Marc’s actions based on how well she knows him as well as her access to things like a recording of Marc's phone call to the police and his credit card statement….Is Alex an unreliable narrator? Of course she is, but this is no bait and switch. Bell gives us all the clues and dares us to follow them to the shocking end.”

Barbed Wire Heart by Tess Sharpe (Mar. 6): “In this hard-edged thriller set in the gold rush country of Northern California, the daughter of a murderous meth dealer finds that escaping the life of crime her notorious father has trained her for will be more difficult than she imagined.…Harley was 12 the first time she pulled a gun on someone and 17 the first time she shot a man. ‘I'm what Duke made me,’ she says. ‘There's no running from it. There's only facing it.’ How the conscience-torn Harley faces it—and faces up to Duke's sworn nemesis—will impact the lives of many people….With its relentless intensity, gritty atmosphere, and compelling father-daughter psychology…this promises to be one of the best books of 2018.” Laurie Muchnick is the fiction editor.