The Definitive List of the Top Science Fiction & Fantasy of 2019 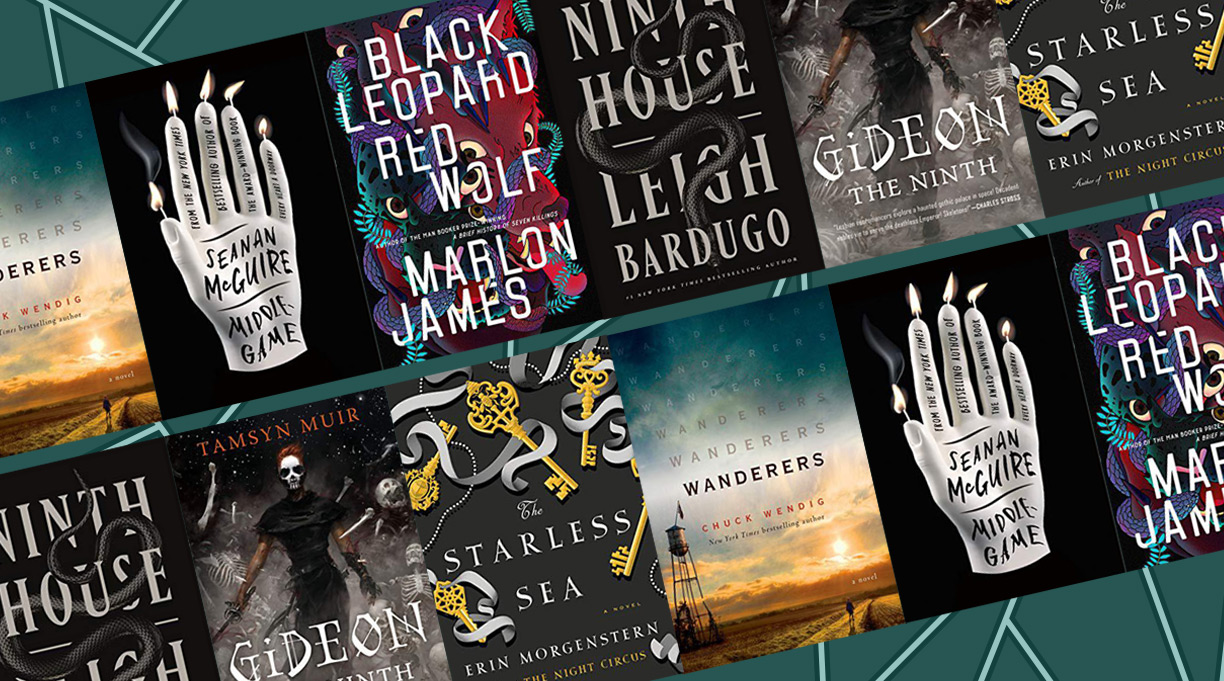 Internet writers have wasted no time in publishing a myriad of “Best Books” lists to close out 2019 and also the decade. The great thing about lists is that they give bibliophiles a chance to compare their own picks with those of others. They also give occasional readers great places to dive in for worthwhile reads. However, the publication of so many “Best of” lists begs the question: Which books truly deserve that label? Which books are the absolute best?

Allow me to settle the matter.

After many caffeine-fueled sessions with a spreadsheet, I’ve come up with “The Definitive List of the Top Science Fiction and Fantasy Books of 2019”.

Readers may have suspected they were in for something special when they saw the stained black edges of Muir’s impressive debut novel, before becoming immersed in the story of dead-but-resurrected sword-wielding warrior necromancers exploring a haunted gothic palace in space. This mashup of multiple genres wowed just about everyone and landed on more “Best of” lists than any other speculative book.

This New York Times bestseller and 2019 National Book Awards finalist was hailed as the next big fantasy sensation, and with good reason. The title characters—a shape-shifting man-animal known as Leopard, and a man whose keen sense of smell has earned him the name Tracker—undertake a mission in a mythical African landscape to find a boy who has been missing for three years. By combining elements of sword and sorcery, myth, and history, Black Leopard, Red Wolf is already spawning anticipation of the next two books in the Dark Star trilogy.

When Casiopea Tun unwittingly frees the spirit of the Mayan god of death, she is forced to help him recover his throne from his treacherous brother. That mission entails a life-changing cross-country odyssey that eventually leads to the Mayan underworld. Inspired by Mexican folklore, this richly detailed journey is not to be missed.

Many lists were as enthralled with Morgenstern’s fantasy as its main character, introverted millennial graduate student Zachary Ezra Rawlins, was with a mysterious book he finds. Much to Zachary’s surprise, the book includes a story about him. His search to find out how his life could have been recorded in such a fashion leads him to discover an ancient underground library and a secret magical world.

After a comet passes near Earth, a sleepwalking-like sickness takes hold of people across America, driving them towards the same location. Shepherded by their loved ones, their journey elicits a rising wave of violence in those unaffected yet scared of the mysterious illness. Wendig’s epic story is a stark reflection of our uncertain times, where a little misunderstanding begets a lot of fear.

Bardugo’s first novel for adults is one that even Stephen King found impossible to put down. It’s about Galaxy “Alex” Stern, a college freshman who, despite having a rough life and being a school dropout, gets free admission into Yale. How? Alex possesses an ability that one of Yale’s eight secret societies deems extremely valuable. Alex is enlisted by her mysterious benefactors to spy on those societies and report back on their dealings with dark magic.

Martine’s debut space opera hit all the right notes. It offered excellent world building, political intrigue and lots of dramatic tension as it told the story of Mahit Dzmare, the new ambassador of an independent mining station. When Mahit learns that her predecessor was killed in a suspicious accident, she seeks out the murderer, even as the station is threatened by the ever-encroaching reach of the Teixcalaanli Empire.

Sometimes, a lot of things have to come together to make a successful novel. McGuire’s standalone fantasy has them all: An evil villain (a maniacal alchemist), a deadly plan (create a pair of twins, each containing one half of the alchemical Doctrine of Ethos that, when joined, will become a power great enough to control everything), shadowy organizations, and hope for victory (when the twins develop a telepathic connection to each other). All that’s missing is a reader looking for some top-notch entertainment.

Shannon’s fantasy is epic in both theme and size. Clocking in at 848 pages, it’s certainly the thickest book on this list. That’s all the more space to tell the immersive story of women from three corners of this well-imagined world who are determined to ensure that the nameless one—the leader of dangerous, fire-breathing dragons hellbent on destroying all humans—remains trapped. Luckily for readers who crave page-turning drama, things do not go well for them.

Another handful of books—12 of them—were mentioned on three or four lists, warranting an honorable mention. They are:

To sum up 2019: It’s been a great year for science fiction and fantasy.

Science Fiction/Fantasy correspondent John DeNardo is the founding editor of SF Signal, a Hugo Award-winning blog. Follow him on Twitter at @sfsignal.