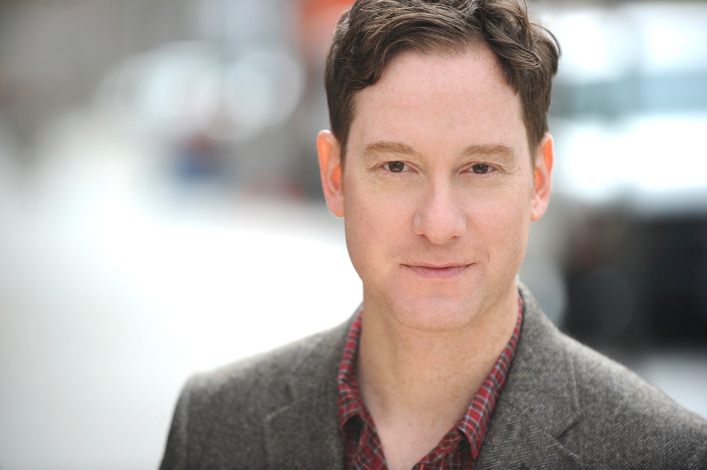 An earlier career as an actor and screenwriter helped shape Derek Milman’s debut novel, Scream All Night, a fast-paced and darkly comedic coming-of-age story that takes place on the set of a horror film. Those same cinematic sensibilities are on delightful display in Swipe Right for Murder, but this time they drive a story chilling for its relatability—what young person today couldn’t imagine themselves in a dating app situation gone terribly, terrifyingly wrong?

While in New York City for an internship interview, 17-year-old Aidan finds himself unexpectedly thrust into what Milman quite accurately refers to as “the worst-case scenario” for modern users of dating apps. What he thought was a random, late-night hookup with an older guy turns out to be part of an elaborate FBI sting operation directed against a highly sophisticated terror cell. For the two warring parties, however, Aidan’s entrance is far from random; they were waiting for him. They think he’s someone else. As his nightmarish saga unfolds between bullets and bombs, Aidan learns that there are much larger issues at play, and he comes to question which side he’s really on.

Milman began working on his second novel at a time he refers to as “before the world we live in.” “I told my agent I had this idea to write a gay North by Northwest, a gay case of mistaken identity,” he explains. “The main character was flawed, sexually active and unapologetically queer—and the villains were too. And she was just like, ‘Write it! Write it right now.’”

But at that time, the stakes were lower. “There were hints of what was happening,” he says, citing then-Gov. Mike Pence’s discriminatory religious freedom law in Indiana, Kim Davis’ refusal to grant marriage licenses in Kentucky, the Colorado baker who refused to bake a gay wedding cake. As things began to get more serious for the LGBT community, so too did Milman’s story. “It starts small, with a cake. That's how they start eroding our civil rights.” He then recalls a conversation he had centered around those worrying early signs back in 2015, which would prove particularly formative in the development of his novel. “A friend of mine said, ‘You’re not going to like this, but I think we need to start blowing things up.’”

As Milman is very quick to make clear, he doesn’t support such tactics. “I'm never going to say I'm for extremism…but I do think complacency is extremely dangerous.” What if, he wondered, society stopped viewing the LGBT community as victims and instead saw them as a powerful force? As a threat? That’s the mentality that drives the Swans, the militant gay terror cell targeting bigots across the United States. “The Swans represent everything that would not be complacent,” he explains, “taken to the extreme.” And for Aidan, there is something seductive, albeit conflicting, about that.

Just as Milman could not have known when he began writing that Swipe Right for Murder would be released at a time when the government was actively pursuing a discriminatory agenda against the LGBT community, neither did he anticipate the book’s publication’s coinciding with the 50th anniversary of the Stonewall riots despite the central roll Stonewall plays in shaping the ideology of the Swans. On June 28, 1969, patrons at the Stonewall Inn in New York City pushed back against regular harassment by police. Rioting followed and, ultimately, the modern movement for LGBT rights. June Pride celebrations are an enduring reminder of the violent origins of the fight for equality.

“Gay culture in general was much more of a force then,” Milman reflects. “Gay men and trans people and lesbians came together, and they rioted. They fought for gay rights. They got in people’s faces. We don’t do that anymore. I hope that young people who read this book will come to understand that there is a gay culture, there is a history. A lot of the stuff in this book is born out of reality,” Milman says. “I hope reading this inspires them to learn more.”