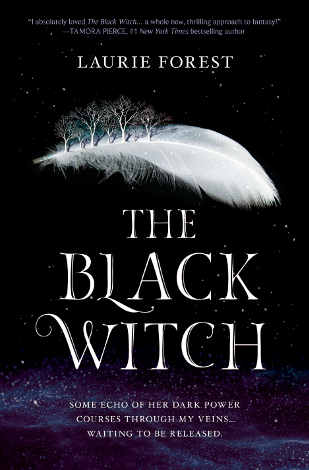 Fairly recently the Facebook comments on our review of The Black Witch, by Laurie Forest, have exploded with severe condemnation of Kirkus’ enthusiastic recommendation of this doorstopper of a fantasy that is, to quote a representative comment, “filled with horrific and undisguised racism, ableism, homophobia, and misogyny.”

They are right. The book oozes all of those things—but I would argue it is not a racist, ableist, homophobic, or misogynistic book.

The story of sheltered Elloren Gardner, scion of one of her people’s founding families and granddaughter (and look-alike) of its greatest folk hero, is a classic fantasy bildungsroman. She has been raised in the sticks by her kindly uncle, apart from Gardneria’s powerful elite but as full of received assumptions as any of them. When she goes to highly multicultural Verpax University, she brings those assumptions with her: that her people are beloved of the Ancient One, “the Blessed Ones, the First Children, blameless and pure. And all of the other races are supposed to be the Evil Ones, the Cursed Ones.”

Yep, it’s pretty repellent stuff, and readers are in narrator Elloren’s head almost all the way through all 608 pages. She expresses her thoughtless bigotry over and over. She is racist as all get out: “The Kelts are not a pure race like us. They’re more accepting of intermarriage, and because of this, they’re hopelessly mixed.” She is ableist, viciously attacking her self-harming, drug-addicted, demonically winged roommate: “They will throw you back in the sanatorium, where you belong, and cut off those foul wings of yours. You'll spend the rest of your life rotting in an empty cell, going even crazier than you already are!” And she is homophobic, telling her brother when he comes out to her, “You can’t be this way. You just can’t. You have to change.” While I’m not sure I’d say that Elloren is misogynistic, her culture certainly is, and she is not one of those standard-issue fantasy heroines who rejects her culture’s strictures from Page 1.

But over the course of those 608 pages, as she studies, works, eats, and sleeps alongside those she’s been taught to hate, fear, and revile, Elloren undergoes a monumental change. It’s a process much like that experienced by Derek Black, godson of David Duke and son of Don Black, white supremacist and creator of the white nationalist internet site Stormfront. Black walked in lockstep with his elders’ agenda until he went to college and got to know the sorts of people he had previously vilified, eventually publicly disavowing white nationalism.

Many of The Black Witch’sFacebook commenters remark that she doesn’t begin her change till about 350 pages in, which is a long time, but in a 608-page series opener the entire narrative arc of which is about her awakening, it seems about right. Readers need to see where she comes from in order to see her transformation. In the story’s turnkey chapter, she goes to the only non-Gardnerian history professor at the University and asks him for the “real history of Gardneria. He responds, “History is a tricky thing….What is written about it is usually subjective, and it’s often very difficult to find the truth of the matter.” The story he relates conforms in many ways to her people’s founding myth but includes much that it leaves out, including the puncturing of the myth of “racial purity” and the genocide carried out by her illustrious ancestors. What follows this chapter is something of a series of teachable moments in which Elloren opens herself to alternative cultural narratives and moves from unquestioning racist to ally.

Realistically, even after she comes to question all she’s been taught, she continues to commit microaggressions and to reflexively return again and again to her received assumptions, but she also fights against them, consciously and with determination. Does she finish the book woke? I don’t know—can anyone who’s grown up the beneficiary of a system of injustice declare themselves definitively woke? But she’s a whole lot closer than she was at the beginning of the book, and the process she undergoes is something of a blueprint for those of us who are similarly privileged and clueless.

Like many a high fantasy before it, The Black Witch is heavily reliant on familiar tropes, but unlike most of its better-known progenitors, it constantly undercuts them. It does this in small ways, as when the shape-shifting Lupines, initially presented as "savage" types, are revealed to have the uber-Teutonic last name of Ulrich; the competing associations keep readers from lazily mapping them onto real-world counterpart stereotypes and in the process help to upend them. As Elloren gets to know the Lupine twins better, both she and readers see each one as an individual and not a racial exemplar. And it does this in large ways, as with the inevitable prophecy that seems to set Elloren up as yet another chosen one—but the clear message that the prophecy has its roots in Gardneria’s racist mythology calls the whole notion of chosen ones and destiny into question. That (spoiler alert) Elloren ends the book without being revealed as the chosen one further subverts the trope.

So what is the duty of a book review when confronted by a book with repugnant content? It considers that content in the context of the book’s

apparent mission, and it provides readers with the information they need to make a decision about whether to buy or read it. Our review of The Black Witch does both of those things. It describes Elloren’s starting place (she has a “comfortable sense of history”), quotes some of the egregious language surrounding that history (the Kelts’ “blood is polluted”), describes how Elloren is “challenged to confront her own prejudices,” and references the book’s mission: it “enacts the transformative power of education” in “a rich alternative universe with a complicated history that can help us better understand our own.” That we felt it accomplished its mission exceptionally well is reflected in the star we affixed to the review. Readers who are over and done with the white-awakening narrative and who do not want to immerse themselves in another’s racism are given the information they need to avoid the book.

The simple fact that a book contains repugnant ideas is not in itself, in my opinion, a reason to condemn it. How are we as a society to come to grips with our own repugnance if we do not confront it? Literature has a long history as a place to confront our ugliness, and its role in provoking both thought and change in thought is a critical one. We feel that The Black Witch fits squarely in this tradition.

I have said before and will continue to say that intelligent people can disagree. And here we disagree.

Vicky Smith is the children’s & teen editor. Photo above is of Laurie Forest.