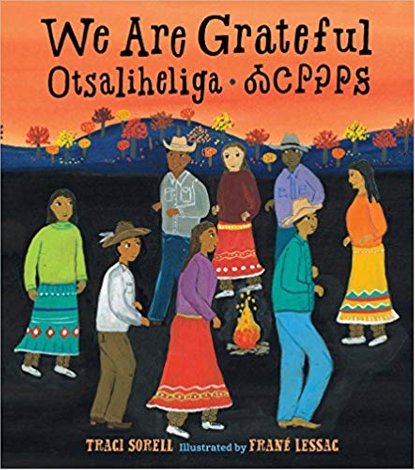 Merriam-Webster defines the verb “rebel” as “to oppose or disobey one in authority or control.” In this, our Rebel Issue, I celebrate the Diversity Jedi who have seized the children’s-literature conversation from those who’ve controlled it and forced it to open up.

The term was coined in 2015 by Dr. Debbie Reese, a scholar and librarian who is a member of the Nambe Pueblo nation, after white author Meg Rosoff called her a “stormtrooper” for her vocal critiques of children’s books that demonize, demean, or erase First/Native Nations’ peoples, traditions, and histories. [Note: The term was actually coined by author Cynthia Leitich Smith, a member of the Muscogee nation.] Reese’s is one voice among many that have been raised in sustained, earned rage over the past several years, demanding that the industry do better in its representation of marginalized identities.

It is the advent of social media and the work of the Diversity Jedi in wielding it that, I am convinced, have forced the industry to do more than wring its collective hands at the dearth of diverse books and then subside, a roughly every-five-years pattern that has held for the past 50 years. It is all too easy to read a brilliant article in a journal or book, sigh and agree, and then put it down to get back to business as usual. But with Twitter and Goodreads and like platforms available, the Diversity Jedi have made it impossible for the industry to stop at sighing.

The methods of the Diversity Jedi are often not gentle. I know this from personal experience. But (if you permit the extension of the metaphor) it takes concerted, violent effort to take out the Death Star. And while I do not believe the U.S. children’s-book industry is as intentionally malignant as the Empire, it has all the power on its side. Also in 2015, Lee & Low’s Diversity Baseline Survey confirmed what we all suspected: that the industry is an overwhelmingly white, straight, cis one. It cannot be dismissed as coincidence that the Cooperative Children’s Book Center at the University of Wisconsin finds year after year that the overwhelming majority of books published mirror those gatekeepers. Inertia is a powerful force.

When industry insiders complain in private or in public about the tone taken by the Jedi, when they talk about abridgment of free speech, I’m astonished. No Twitter commentator, however fervently angry, can suppress speech. They can—and do—cause authors and publishers to reconsider publication. That is a choice, possibly based on a sense of the market, possibly based on new conviction. It is not the result of government suppression. Protest, whether physical or virtual, is a vital part of the American tradition. The Jedis’ calls for better representation are far more akin to a boycott than they are to suppression of speech.

I am a librarian and a journalist. The twinned freedoms to speak and to read are in my DNA. And I am very aware that Kirkus is a decades-old institution, one whose authority is enshrined in collection-development policies in libraries around the country. I have a regular paycheck, insurance, and a platform that allows me to reach

thousands on a regular basis. When the Diversity Jedi take to Twitter, they do not compromise my freedom of speech in any way. They complement it, joining in a conversation that’s been dominated by hoary, old, normative institutions for way too long.

Every day I open boxes to find books by and about people of color, queer people, people with disabilities, Native people. When a librarian hands Dragon Pearl, by Yoon Ha Lee, to a reader who wants a space opera, when a bookseller recommends We Are Grateful - Otsaliheliga, by Traci Sorell and illustrated by Frané Lessac, to a caregiver who wants to share a celebration of family with their little ones, when a pet-loving kid finds a soul mate in Lety Out Loud, by Angela Cervantes, when a teacher offers The Someday Birds by Sally J. Pla, to a kid looking for an adventure—when these connections are made, we have, in large part, the Diversity Jedi to thank.

And I, for one, am grateful.