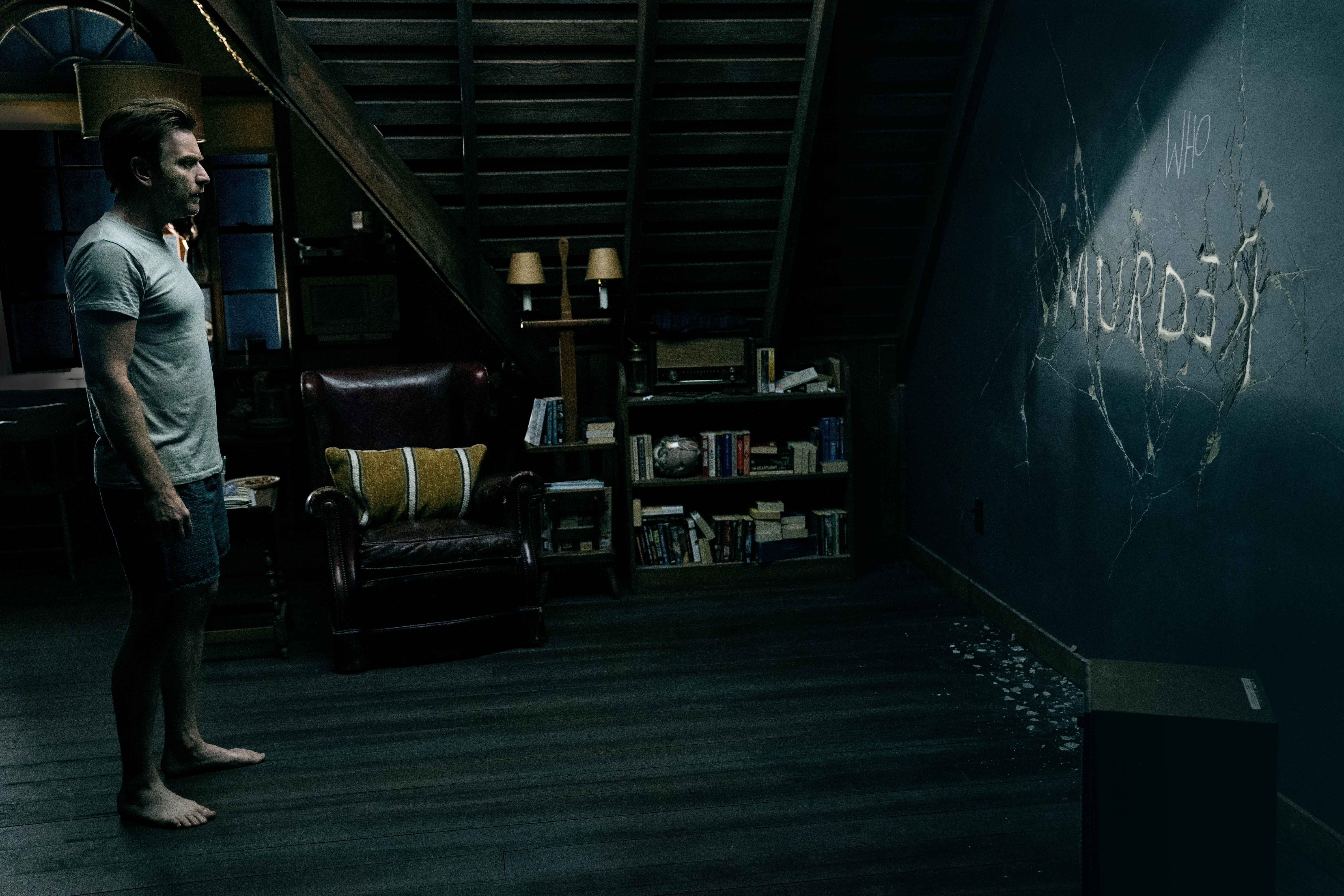 In 2013, Stephen King published his 63rd (!) book, Doctor Sleep, a sequel to his 1977 horror classic, The Shining. In it, he included this revealing disclaimer: “If you have seen the movie [The Shining] but not read the novel, you should know that Doctor Sleep follows the latter, which is, in my opinion, the True History of the Torrance Family.” Of course, as is the way with King’s novels, Doctor Sleep has been made into a movie, as well, which hits theaters on Nov. 8.

The Shining told the tale of troubled, alcoholic, and sometimes abusive ex-English teacher Jack Torrance, who takes a job as the winter caretaker of the massive, isolated Overlook Hotel in Colorado. He brings along his wife, Wendy, and their young son, Danny; the latter has an array of psychic abilities, including telepathy, precognition, and the ability to see ghosts. The Overlook’s chef, Dick Halloran, has psychic powers, as well, which he calls “shining”; he acts as Danny’s mentor and confidant. It turns out that the Overlook is teeming with spirits—including that of a previous caretaker who killed his own family and himself. The supernatural forces gradually influence Jack, and soon, he’s trying to murder Wendy and Danny with a giant roque mallet. Mother and son survive, but Jack dies, and the Overlook hotel is burned to the ground.

Stanley Kubrick’s chilly 1980 film of The Shining is regularly featured on lists of the greatest horror movies ever made, and with good reason. But King himself wasn’t a fan; in fact, he later wrote a 1997 TV miniseries of The Shining, which he felt was more faithful to his original text. In the movie, for example, Jack (energetically played by Jack Nicholson) terrorizes Wendy (Shelley Duvall) with an axe instead of a mallet; Dick Halloran dies in the film, while in the book, he lives; and the Overlook remains standing at the end of the movie—complete with a hedge maze that doesn’t appear in King’s text. The film also debuted a terrifying, unforgettable image of a bloody elevator, featured in its trailer.

King’s novel Doctor Sleep largely tells the story of Danny as an adult. Like his father, Dan struggles with alcoholism and violent tendencies, but he’s able to get control of them with the help of Alcoholics Anonymous. His psychic powers, however, are in full force, and he uses them to help dying hospice patients meet their end peacefully. He also begins telepathically communicating with a young girl, Abra Stone, whose powers are greater than his ever were. Her “shine” is so bright, in fact, that she attracts the attention of a group of long-lived vampire-like beings called the True Knot, who kill psychic children in order to consume their essence, or “steam.” Several members of the True Knot have impressive powers themselves, including their charismatic leader, Rose the Hat. It’s only a matter of time before the True Knot crosses paths with Abra and Dan, who are determined to stop their murderous ways.

The film version of Doctor Sleep is written and directed by Mike Flanagan, an accomplished horror-film auteur who’s best known for his 2018 Netflix miniseries, The Haunting of Hill House—a truly impressive work, but one that utterly ignores the Shirley Jackson novel on which it’s ostensibly based. Doctor Sleep, though, is very faithful to the book—for the most part. Flanagan cuts a few things, such as a minor rebellion among the True Knot members, but they’re only minor details; on the whole, the film feels like a streamlined, built-for-speed version of King’s rather leisurely text.

But whenever an element from the Doctor Sleep novel conflicts with The Shining movie, Flanagan favors Kubrick over King. Dick Halloran, for instance, appears briefly in the Doctor Sleep novel; in the film, he’s a ghost, in keeping with his cinematic fate. Flashbacks of Dan’s mother, Wendy, feature the actor Alice Essoe doing an uncanny Shelley Duvall impression. (At first, it seems a bit over the top—but then one realizes that, yes, Duvall’s mannerisms really were that quirky.)

The biggest changes, though, come in the film’s finale, which features the still-standing Overlook Hotel as the setting for a showdown between good and evil. It looks just the same as did in the 1980 movie—just a bit more run-down. The hedge maze appears, too, as does the iconic elevator, among other elements; no spoilers here, but suffice it to say that the many fans of Kubrick’s classic won’t be disappointed.

There are other alterations, as well, that have nothing to do with movie nostalgia. One major character meets a very different fate at the end of the film, for instance; Dan also interacts with the spirits of his late parents in a manner that, to this viewer, felt much more appropriate and satisfying than King’s approach. Indeed, virtually all of Flanagan’s changes are improvements on the novel.

Indeed, as its own piece of art, this is a highly entertaining horror film. Ewan McGregor, as Dan, gives a powerfully emotional performance—his best in many years—and The White Queen’s Rebecca Ferguson, as Rose the Hat, is a dynamic and terrifying villain. Flanagan’s direction, as usual, is inventive without being distractingly flashy, and he never indulges in cheap jump-scares. As a work of adaptation, it shines.