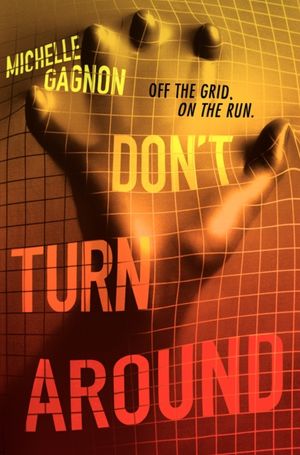 When Noa wakes up on a hospital table at the beginning of Don’t Turn Around, she has no idea where she is or why she is there. Her instincts tell her to run and—after living for years on her own or in foster homes—she knows to trust them. Luckily, she soon meets up with Peter, who has problems of his own: He's managed to attract the attention of men involved in illegal activities, leading him to run away from home. The two of them team up to find out who kidnapped Noa, who stole Peter's laptop and who means them harm.

We checked in with author Michelle Gagnon, and she spoke with us about writing for teens and how the foster care system fails teenagers.

Check out these other titles featuring teen hackers in this list.

Was there anything different about the process of writing for a teen audience as opposed to adults?

It's funny—when I wrote the first draft, I treated it just like any of my other books. The reason I decided to make it for young adults was because a friend of mine noticed I had a teenage character in pretty much every book I'd written. She told me she'd loved to see what I could do with a cast of just teenage characters. The only thing that was different was Noa and Peter don't have same level of resources or the general respect they'd be getting if they were adults. I was limited by some of stuff they could do—I couldn't have them running around with guns! I also went back and toned down the swearing a bit, but I tried to keep it realistic. I don't have a lot of sex and romance in my other books anyway. There tend to be long chase scenes, and there isn't time to stop and do other things. They barely have time to eat!

Your young characters keep trying to take control, even when they're up against powerful, dangerous people. What is it about this dynamic that's so satisfying?

I think what I liked about it was the juxtaposition of two characters from different extremes. Noa had such a difficult life and childhood since losing her parents—she was forced to become a survivor. It wouldn't have occurred to her to go to police; no one in authority had ever helped her. Peter was from the opposite background; he's been coddled his entire life. He doesn't even have chores! My favorite moment is when they're in the mall and he says he doesn't have anywhere to go. He panics, and Noa says 'Well, you get used to it.' I think it's important for people to think about being forced outside their comfort zone. Regardless of what their lives were like before, they both get ripped out of them through no fault of their own.

Both Noa and Peter feel more comfortable in their virtual lives than their actual lives. Do you think this is a growing problem in the real world, or can it be a healthy thing for kids who haven't found their niche?

It can be both. There needs to be some sort of a balance. It's interesting, having switched into young adult readers, it's more about doing blog tours instead of getting on a plane to go do readings. That's where the teen readers are—it's easier to get them to visit you on a blog than in a store. But it's not necessarily a bad thing. In some ways, being online replaces sitting at home writing in your diary. I think it makes them feel less isolated than they did back when I was a teenager. I just saw something the other day called nomophobia, which is when people have a dread terror of losing their cell phones, they almost have a panic attack when they realize they left their cell phone at home. I'm a little guilty of it myself—I check my Facebook page way too often every day.

Your young characters are dealing with pretty harsh circumstances—bad foster-care situations, homelessness, drug abuse. Is it important for young readers to read about kids with really hard lives?

I think it's really important. The foster-care system in this country is really damaged on so many different levels. Through writing this book I came in contact with a friend of a friend who lived something of parallel life to Noa. She went into foster-care system at 11, ended up getting placed in 13 different houses, she was homeless for a while as teenager, and at one point her mother attacked her with knife. Now she has a couple of master's degrees and is finishing up a PhD program. She's also started a crowd-funding program called Rising Tides. It's directly geared toward foster kids who are aging out of the system. When they turn 18, they're basically dumped on the street and most of them end up incarcerated, or pregnant, or homeless. She set up this group that helps kids set very specific life goals, and you can give directly to these kids; their stories are up on the website. There's nothing else like it out there. When writing the book I did a lot of research on foster care and was just horrified at the stories. Noa's circumstances are not unusual.