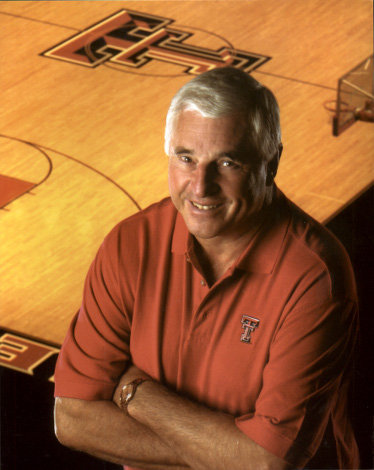 Something strange happens when you tell people you’re interviewing Bob Knight. Knight’s new book The Power of Negative Thinking: An Unconventional Approach to Achieving Positive Results is out this month, its provocative title jabbing fans of Norman Vincent Peale’s beloved homily The Power of Positive Thinking right in the solar plexus, where it hurts. A worried, frowning Knight, the longtime basketball coach at Indiana University and the retired coach at Texas Tech University, towers over the cover of his new book. He looks like he’s about to unleash the rapid-fire stream of invectives he is infamously known for (just go to YouTube and search for “Bob Knight’s top 10 sound bites” if you’re unaware of his potty-mouthed tendencies). It’s an effective cover design: Knight looks like he’s just itching to reveal his insight to you, if you’ll just buy the thing.

It’s possible to research Bob Knight online and occasionally come across mentions of him as “Bobby Knight,” but in official citations of his name, he is Bob Knight. On his book cover and on ESPN, where he is still a featured commentator on college basketball, he is Bob Knight. When you tell people you’re calling him to ask why he wrote The Power of Negative Thinking, however, everyone you talk to says, “You’re talking to Bobby Knight?” as if they’re BFF’s. I know for a fact that my mother does not know Bob Knight, but she refers to him as if she does. My brother-in-law’s father also has never met Bob Knight, but he’s got the Bobby Knight bug too.

Despite all of his bitter tirades, caterwauling, mockery and generally scary behavior, people have a soft spot for the man. Certainly many of his former players do, and they suffered the brunt of his blustery force. Knight demanded more than the typical coach from his players. He wasn’t always nice about it, but he expected them to work hard, both on the court and in class.

And as his new book reveals, he doesn’t pussyfoot around the truth. “I have seen all kinds of books about winning, often by athletes or business executives whose lifelong record of victories (or profits) is dubious,” Knight writes. “I haven’t seen one intelligent book yet about losing….To me a good loser is probably someone who has had too much practice at it.” Take that, losers!

For all his bravado, though, Knight makes a salient point. There are too many books about winning; we live in a culture deluded by the hope that if we just believe something can happen, it will happen. Knight aims to correct that: The Power of Negative Thinking urges readers to consider their mistakes and correct them, not gloat over their successes. He professes his love of the words “no” and “don’t” in the book but not because he’s a meanie, but since concentrating on one’s shortfalls can inspire a positive re-doubling of efforts. Knight’s book is full of examples from his coaching life and will appeal to many basketball fans eager for the razor-sharp memories Knight offers of the legendary games he coached. But Knight is a discursive writer, citing Lincoln, Sun Tzu, Shakespeare, Tennyson and Eisenhower, among others, on the power of negative thinking.

“Let’s say there’s five minutes to go in the course of a game and there’s no way we’re going to lose,” Knight explains to me. “Instead of letting players rejoice, I would say, ‘Now let’s start thinking about that next game. This was a really good win for us, but what are we going to do in the next game?’ I remember very vividly that my grandmother’s favorite saying was, ‘If wishes were horses, beggars would ride,’ and I’ve never forgotten that. I think looking at things with a negative perspective creates a much better observation for the person involved,” he says. “Then you can always investigate a little further; you can always change ‘no’ to ‘yes’ if it’s warranted. But the other way around just causes a lot of problems.”

Knight’s style in the book is so cleareyed and logical, and he makes his points so relentlessly, that the book has an urgent feel to it, as if he had been waiting all these years to publish his opinions about negative thinking. Not so. “It isn’t really my opinion that’s out there,” he counters. “What I feel really good about is that I had the idea for this book and it’s being printed. I like the book myself, even if it doesn’t sell a copy. I like what I put together.” And then, like a publicist’s dream, he stays vigorously on message: “There have been so many instances in history,” when negative thinking would have improved the outcome, he says. “World War I was ‘charge across the field in to the machine guns of the enemy.’ Why wasn’t somebody smart enough to say, ‘We’ll sneak around those sons of bitches and surprise them’? You know a lot of guys are going to get killed; the history of the military has been full of guys dying for no reason. ‘We’re going to be okay.’ Well, why?” In addition to “no” and “don’t,” “why” is also one of Knight’s favorite words.

But he’s not going to be asking why if the book doesn’t hit the best-seller lists. He says he’s content just to have published it, which is another lesson from The Power of Negative Thinking: Underselling yourself isn’t such a bad thing, after all. “I’m like the guy who went to the cathouse and he undressed in front of the madam,” Knight says. “And she said, ‘I don’t know who you’re going to impress with that’ and he said, ‘I wasn’t thinking about impressing anyone but myself.’"